Probably for the best. It was always a bit fanciful that Disney would give them the kind of free reign that they enjoyed from HBO.

Film getting mediocre to poor reviews.

Not really surprised. Never looked for a moment that it would be a good film.

Not really surprised. Never looked for a moment that it would be a good film.

People who didn’t like TLJ will probably love it.

It seems like even the fanboys don't think it's great

The Last Jedi reviewed very well and that was hot garbage.

I don't think reviews mean anything, be it positive or negative.

It's underrated how corrosive Disney's influence in the modern world really is.

If people were upset with TLJ and they love this one I'd be absolutely flabbergast.

Most uninspired franchise filmmaking I've seen in a long time. JJ Abrams truly is terrible. He has no spine or original idea of his own and I've finally seen the light about him.

This certainly was a rehash of Return Of The Jedi, actually it rehashes Empire Strikes Back quite a bit too. The difference is you cared a hell lot more about Luke-Leia-Han than you will ever cared about Rey-Finn-Poe. Poe and Rey actually meet for the first time at the end of The Last Jedi so its pretty hard to care.

What this trilogy needed was a director who would be involved in all three films. Really hope Disney learnt their lesson and does this for the new trilogy so that does not turn out to be an incoherent mess too.

Spoiler:
As I feared, the Emperor's return is a complete asspull. No build up across any of the previous movies, revealed to return in the opening crawl

Some no name character's remarks about "cloning" and "secrets of the Sith" is all the explanation we get. Anakin's story meanwhile has been completely invalidated and shat upon. Another asspull is the oh so predictable backup the heroes get on the end, just because Lando asked nicely I guess, in contrast to Leia who had low charisma stats.

Hux's turn and death was laughably bad. Another character that hyped by marketing and turned out to be big letdown like Phasma, Snoke, Knights Of Ren. He was good in TFA, became a joke in TLJ.

Speaking of Last Jedi, boy they took criticism of that film to heart all right...its almost as if it does not exist. Rose gets the Jar Jar treatment and relegated to a cameo role while Del Toro's DJ does not even show up

Guess he died in Last Jedi? That whole casino plot looks even more pointless. In fact, Finn is pretty pointless. They made a big point of Rey's lineage meaning nothing, and here, well you obviously know if you watched the film...

Kylo Ren was fantastic. Got the Vader arc from ROTJ, and Adam Driver nailed it. He's been Ewan Mcgregor's Obi Wan of the sequel trilogy.

Anyone else have absolutely no interest in watching this? I find it very hard to care about how this trilogy ends. Will probably stream it in 3 months or something

BarrileteCosmico wrote:Anyone else have absolutely no interest in watching this? I find it very hard to care about how this trilogy ends. Will probably stream it in 3 months or something

It’s not good at all, so save your money.

But the again. If you like horrible filmmaking with nonsensical, overstuffed plot it might be for you.

RealGunner wrote:If Freeza is calling it bad then it really must be bad ffs

Didn’t care for the others

Thinking about it I actually only love 4 out of 11 of the films. Not a lot from a fan.

Rise of Skywalker felt like a real conclusion to the saga for me because I never want to watch a Star Wars movie again.

BarrileteCosmico wrote:Anyone else have absolutely no interest in watching this? I find it very hard to care about how this trilogy ends. Will probably stream it in 3 months or something


Havent even seen episode 8 yet.will get around to it eventually. No excitement for it.

Rogue 1 >>> every star wars movie. That was the only one I loved.

Seeing as none of my family care about star wars anymore I am going to write my thoughts here (yes I am only now getting around to watching it.)

Spoiler:
The overall film was average and I agree that you don't really care for the characters. I even found I didn't care about Han's, Luke's nad  Leia's deaths, because they're old so it was expected.

Kylo Ren's arc and link to Rey was cool but I hate how they had to ruin it by making them kiss at the end. Why did Rey need a love interest? Like at all?
I felt Kylo had to die to complete the character and was overall happy with how it happened.

I loved Rey and what she stands for and thought her ending was pretty solid.

Poe is literally a sunday league version of Han so I didn't care about him at all and Finn felt like he was just running around to up the movie's minority numbers. I'd much rather have seen Poe and Finn's characters merged into Finn because both were unneeded.

The whole Palpatine story was utter BS but I guess it was that, or create a new super villain, which the fans would have hated anyway. It was a lose lose.

Also not a fan of Rey being Palpatine's granddaughter, why not just leave her as a nobody? It'd make her a hell of a lot more relatable to the younger audience because most of us aren't descendants of emperors yet we all want to be the hero in our story.

I'd watch it again, mostly because I just love star wars.

Finally got around to watching.

And people thought the prequels were bad. Haven't got the willpower to review. Maybe kids will like it. Fucking Mickey Mouse. You could tell Mark Hamill was dying inside filming every scene.

I liked the prequels myself. Jar Jar Binks shits over this

The current arc of Clone Wars is among the best in the entirety of the Star Wars canon. It's the final arc of the show so that's expected, I suppose.

Last 3 episodes have been superb. They are instant classics.

Anyone see the latest ep of the Mandalorian?

Spoiler:
Really liked the Ahsoka reveal. Read an interview that Dawson and Filoni did and apparently she was picked due to fancasting, which is always cool. She certainly looks the part.

What I can't quite place is where on the timeline is this. Seems to be before the end of Rebels.

Spoiler:
Really liked the Ahsoka reveal. Read an interview that Dawson and Filoni did and apparently she was picked due to fancasting, which is always cool. She certainly looks the part.

What I can't quite place is where on the timeline is this. Seems to be before the end of Rebels.

Spoiler:
Ep was great, Mandalorian is getting better. Always been a nice show to enjoy, now its building up more and getting more and more exciting. It continues the trend of me liking side content more than a lot of the main star wars movies. 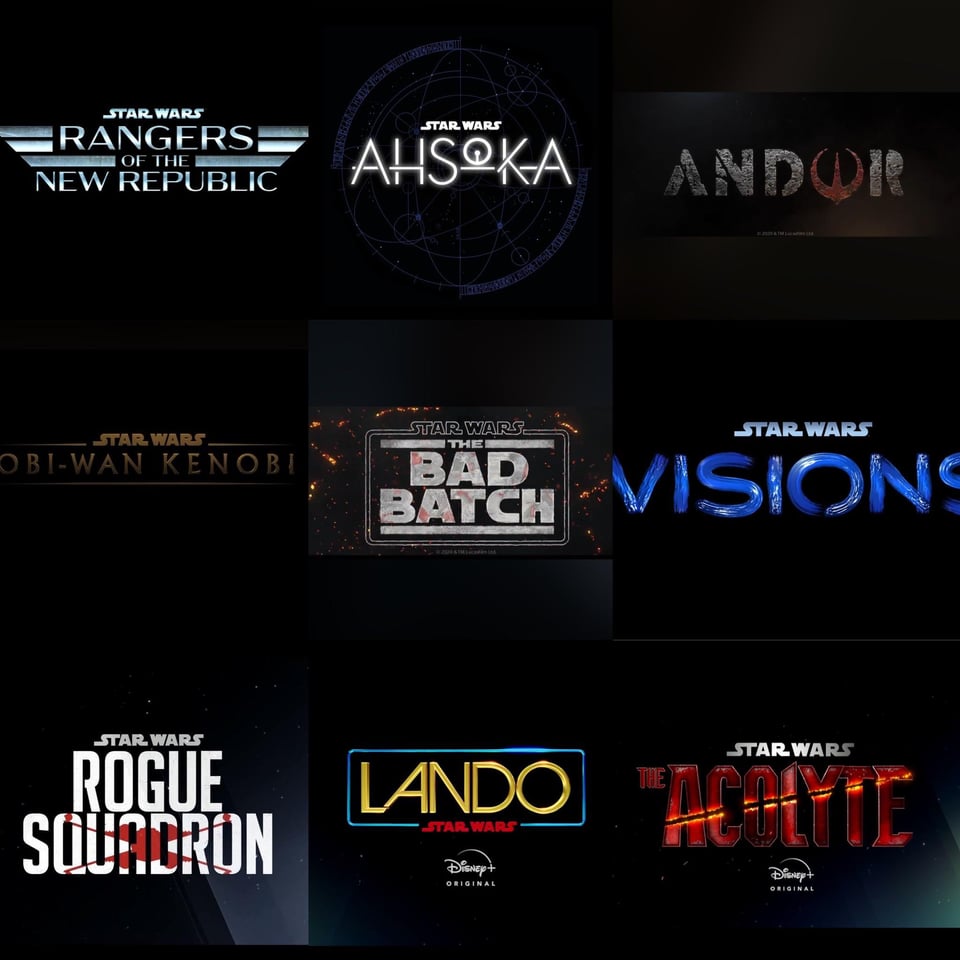 How much are they going to milk this finished franchise

And I'm going to watch probably all of it

RealGunner wrote:How much are they going to milk this finished franchise

Finished? Not even close imo

The sad part is how little they're doing with it so far. But I like a lot of these moves.