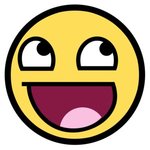 Looks like Lazio have their eye on Bruno as Lichtsteiner could be leaving.


The Italians have contacted his agent, as Lichtsteiner could be leaving.

Valencia’s right wing seems to be in demand at the moment, and it’s not just Joaquín. Lazio have recently asked about Bruno Saltor, and see him as a possible replacement for Lichtsteiner. The Swiss right back has a number of admirers and could leave the club for around €10m, and therefore, the Italian club are looking for alternatives, one of them being Porto’s Sapunaru.The contact was made through Bruno’s Catalan agent, Raúl Verdú. However, there hasn’t been any negotiation thus far, and it should also be remembered that Bruno is still a part of Emery’s plans ahead of next season. On the other hand, he is in his last year of contract, and the club could earn €1m if they let the ex-Almería player go."

i sent u a pm hispano.

darn it change ur name back!

@The Madrid One wrote:i sent u a pm hispano.

darn it change ur name back!

I'm just happy to see the awesome face again. I got too used to it.

Isco's gonna be a world beater. He has the face!!!

Either today and tomorrow, the player’s agent will present an offer to Valencia.

On “La Opinión de Málaga,” Joaquín Sánchez has said that he is “excited” about the possibility of playing for Málaga, and has told his agent, “Don’t call me until it’s all done.” Either today or tomorrow, his agent will bring an offer of between €4m and €6m to Valencia. The agreement with Málaga is close. Another imminent departure is that of Manuel Fernandes to Besiktas.

Llorente: We Will Not Pay €12m For Gameiro

“We are speaking with Lorient, and we’ll see how everything turns out. He is a player that interests us, but we are not going to pay that price,” said the president.

Valencia president, Manuel Llorente, has confirmed that the club is “negotiating for Kevin Gameiro,” Lorient’s French striker, but the club is not willing to pay €12m for the forward.

Llorente made the statements to Canal 9 before going to a meeting with the Federation. The Valencia president said that his club are “speaking with Lorient and we’ll see how everything turns out.”

He also stated that the Mestalla side are “in negotiations” because Gameiro ” is a player that interests Valencia.” In any case, Llorente made it crystal clear that Valencia will not pay the €12m that the French club are demanding. “Of course we are not going to pay that amount,” he stressed.

Valencia have been tracking Gameiro for a long time, and the player has always hinted that he intends to play in La Liga.

Gameiro’s contract ends next season, so Lorient want to sell him in the coming days and want to earn as much money as possible. Apart from Valencia, Paris Saint Germain have also shown their interest in signing the young forward.

Villareal president, Fernando Roig, announced the signing during a presentation gala for the 2011/12 season.

Villareal and the goalkeeper César Sánchez have reached an agreement which will see the player, who joins the Valencian side on a free transfer, playing next season under the orders of Juan Carlos Garrido.

César is the oldest goalkeeper in the Spanish league, and has accumulated twenty years playing in Spain’s top division, playing no less than 397 games.

The Santos right back is 25 years old and holds EU citizenship.

According to AS, Valencia have several Brazilian footballers on their agenda, all of whom could reinforce the right back spot. Last week, AS said that Valencia are following Gremio fullback, Mario Fernandes, while this week, they claim Valencia have their eyes on Santos’ Jonathan Cicero. The blanquinegro’s staff have been in Brazil over the last few months, taking note of potential future players , and have investigated the contracts and personal lives of the two mentioned fullbacks.

Cicero moved to Santos last December, when he signed from Cruzeiro, the club he made his debut with six years ago. He is now 25 years old and holds an Italian passport, which is important considering Spain’s non-EU player quota.

In terms of finance, his signing wouldn’t be simple. Santos paid €2m for 50% of his rights, meaning that Valencia would also have to negotiate with Cruzeiro. Furthremore, until Miguel Brito leaves, Valencia are not going to make a move for any right back. At the moment, the club just wants information on possible signings.

Valencia continue waiting for Gameiro, and for the signing of Parejo to be sealed, and as soon as they arrive, the priority will be a central defender. Once the club have found a partner for Adil Rami they will work to resolve the RB position.

uhhh... i'm not sure about brazilian fullbacks since certain mr carleto...

i am so getting the senyera with isco on the back if he stays with the team... if not, tino

They should have put the bat on the Chest area. Other than that it looks great.

1. The striped-kit sux.
2. Che & Hispano, please keep this thread alive. There's very little about Valencia in every forum, paper or site.
3. Banega, Mata, Joaquin, that French RB; that's almost an exodus. Are you getting proper replacements! Or will the money end up paying debt!
4. What's the update on mending the leaky back-line!

Valencia and Lorient reached an agreement, but the Frenchman opted for PSG at the last minute.

Valencia CF and Lorient finally reached an agreement this evening for the striker, but the footballer, following Laurent Blanc’s recommendation has decided to sign for PSG, slamming the door in Valencia’s face.

During the meeting in London, there were arduous negotiations between Manuel Llorente and his Lorient counterpart, but whenever the fee was finally agreed, Kevin Gameiro had a change of mind and decided to choose Paris Saint Germain.

The player has instead followed the recommendation of France manager Laurent Blanc, who said that the player should sign for a French club in order to ensure that he makes the France squad for Euro 2012, which takes place next year in Ukraine and Poland.

Well, looks like it's just Soldado and Jonas then.

Arteta and Kayal linked with Valencia

Reports emerging from the UK have linked Valencia with two players.

The Daily Star has stated that Arteta could be on the move away from Everton. David Moyes is determined to keep his star midfielder but could be force to sell in order to fund other transfers, otherwise he could be restricted to free signing and loan signings and Arteta could be offered a return to his homeland Spain by Valencia.

Furthermore the Daily Record reports that Espanyol and Valencia have joined the race to sign Celtic’s Israeli midfielder Beram Kayal. The newspaper reports that the player could move away from Celtic for an amount close to 5 Million euros.

Emery should really focus on buying Defenders, now. Our midfield is more or less complete.

The midfielder will move to Valencia for 6 million euros and Moya will be presented to the fans tomorrow.

Getafe has announced on it’s official website the transfer of Spain’s U21 midfielder Dani Parejo to Valencia. Valencia will pay 6 Million euros for the services of the player according to the Madrid team. Parejo is now the fourth player to leave Getafe this summer after Manu Del Moral, Albín and Mario Álvarez.

Getafe also announced the capture the capture of Valencia’s goalkeeper Miguel Ángel Moyá who has already passed the club’s medical test and will be presented to the fans tomorrow. The goalkeeper was brought in with the view to replace Oscar Ustari who will miss a huge part of next season through a knee injury.

Valencia could be weighing up a move for the Colombian defender.

According to today’s reports on Canal 9, Valencia have contacted Udinese, signalling their interest in signing their central defender, Cristián Zapata. Valencia, who have made it clear that they intend to sign a new defender, with David Navarro close to signing for Swiss side Neuchatel, have asked about the Colombian’s current situation.

The Italian club responded by slapping a €15m price tag on the Colombian, but Valencia are willing to open negotiations with Udinese.

Cristián Zapata, who is 24 years old, signed for Udinese in 2005 from Deportivo Cali. He has been an outstanding performer in Serie A and hass 15 caps for his national side.

Costa-Zapata-Rami-Mathieu/Alba would be a great defence!

I seriously think Valencia should just focus on signing a CB and maybe a RB now. A destroyer mid wouldn't go amiss, but the others are more important.

We've got 3-4 Detroye mid's in Maduro, Topal, Albelda, and maybe Banega. Midfield's complete. Indeed we need an RB and CB and then we're set.

I hope we land Zapata.

Éver: I Want To Be At Valencia For Many Years

Banega, on his new Twitter account (authentic according to SuperDeporte), states that he wants to stay and that he was “always” happy with the club and the people at it.

On the social networking sight Twitter, Éver Banega (@Ever21Banega) has assured that, after rumours of a possible departure, “I want to continue at Valencia for many years. I was always happy with the club and the people.”

The Argentine midfielder has been linked with Inter Milan ahead of next season.