Great explanation McLewis. Biden got this

I just read people in texas are trashing Biden/Harris signs that people put in the front yard and that you see Trump2020 stickers/signs everywhere.

Not a surprise tbh. Outside of Austin, which is pretty Democrat and liberal, despite being the state capital, Texas is a GOP stronghold even now that it's competitive.

Beto O'Rourke almost completed the upset of the century in that state when he came close to beating Ted Cruz and taking his senate seat. Fell just short, but I can't recall a Democrat coming that close in the modern era. That was the first sign that Texas might be in play for this election. Biden has polled well there, but Trump maintains a lead nonetheless.

Keep an eye on Georgia too. Both senate seats are up in November and the Democrats are trying to flip them. I think they only have a realistic chance at one of them though.

Texas has a lot of migration from the liberal coasts. Don't be surprised to see it turn Blue within the next 12 years.

It's a common theme in many countries I presume. Your north/south divide is very much like west/east where I live. History plays a part and frequent re-drawing of the borders. As a result one half of the country is more developed and the other half that was left behind is mostly farmers and was also affected by a massive brain-drain. And so naturally it is more religious and less progressive.

our presidential elections were close too, 51,03% vs 48,97% (they used Trump-esque tactics a la sabotaging mail-in ballots, probably rigged too)

@Blue wrote:
And BC is right it is flawed to call Biden a decent guy. He and his family are extremely corrupt, he is basically the embodiment of the corrupt politician who has served special interests while screwing over the regular folks.

Again, I didn't call Biden decent, I was paraphrasing the slogan I had heard them repeating at the convention at the end of my paragraph in what I assumed to be clearly decipherable as ironically framed.

Makes me wonder how explicitly one should label ironic or sarcastic speech in online posts.
Do I have to use quotes? Emojis?
That's very unelegant and defeats the purpose IMO.

And just like that, an already chaotic election just got even more chaotic:

Mitch McConnell is expected to call a vote in the Senate for a replacement before the election, the exact opposite of what he did in 2016 when Justice Antonin Scalia (a conservative) passed away 9 months before that election. Democrats nominated a centrist candidate named Merrick Garland and the GOP-controlled Senate, led by McConnell blocked it, allowing for Trump to nominate his own justice once elected, that turned out to be Neil Gorsuch.

It's not hopeless though......McConnell needs all Republican senators to fall in line for this vote, but there are 4 that will pose a problem for him - Chuck Grassley of Iowa, Lisa Murkowski of Alaska, Mitt Romney of Utah and Susan Collins of Maine. Murkowski and Romney have already gone on record as saying they would only support nominating a new justice after the election. Collins has a very tough senate race that she's currently losing so siding with McConnell would almost certainly seal her fate. Even doing the opposite may not be enough though. Grassley has been something of a wildcard. He could go either way.

Who doesn't love democracy? A 2-party-system in which popular vote doesn't matter and the side with 2 million less votes elects the president who is a full-on clown who is allowed to select a partisan judge to the highest court who stays there for lifetime which can be 5 decades or more.

Remember when republicans refused to vote on Garland a year before the elections and now they'll do this with 6 weeks left?

McConnell is a snake.

The past few years really remind me of how in the last decades of the Roman Republic the unwritten rules of political behavior (mos maiorum) that had dominated for decades were chipped away in the name of accumulating power, eventually leading to it's destruction. So many things Trump has done were thought to be impossible for a politician just 5 years ago, and now that has been broken.

That is it though, if you disrespect the unwritten rules of the institutions, the institutions will fall. We're seeing the end of an era of American democracy. Of course the country can still be saved, but who would've thought that it would need saving this badly?

This debate is fucking awful.

Chris Wallace is supposed to be the so-called best of the TV anchors right now, but he's been completely dominated by Trump, who just can't be controlled.

Biden is still trying to play by the rules.....which boggles my mind. It's a microcosm for everything wrong with how Democrats handle Trump. They play by the rules, he ignores them and does and says what he wants. And no moderator will bring him to heel.

That said, there are no undecideds left, so this debate is meaningless unless one of them seriously screws up, which has not happened yet.

Low-light of the night:
Wallace: President Trump, will you disavow white supremacists?
Trump: (after some evading) Yes... but someone has to do something about Antifa

What a fucking disgrace...

He then told the Proud Boys to stand back and stand by.....whatever the fuck that means.....my goodness....

It's like he just announced that he is indeed their leader since he can tell them what to do/not to do, and then told them to ignore what he said in the beginning of the sentence

I can't wrap my head around the fact that there are 2 more of these coming.

The VP Debate is going to make this look like the shit-slinging contest it is.

Yeah, it absolutely will. Absolutely cringe-worthy. I wonder how moderators will tackle Trump the 2nd time around.

About as well as Wallace has: Awfully.

No one has been able to effectively wrangle him from what I can remember. He has made pretty much every debate he's been in pretty much a shit show because the moderators can't keep him under control.

Perhaps we can do it over zoom and mute him when it's not his turn to speak? Honestly wouldn't be surprised if Biden refuses to participate in any further debates.

Beyond his meekness, I think Biden did as well as could be expected. He hung in there and held his own. He largely let Trump destroy himself. Frankly, I don't see why he wouldn't be up for doing that again 2 more times. It only helps him.

What a terrible performance, and how many times did he let Trump interrupt Biden and then just give Trump the platform?

I felt like Biden...didn't really do that badly. He got in a couple of zingers, attempted to speak to the American people and looked good while doing it, and let Trump look like an out of control maniac. I don't believe that fighting back tooth and nail would have been a good look. I think he really resisted on that front and that was the right move

The immediate reaction is "wtf" and "maybe a tie?"

That's not good for trump any way you spin it.

That would be a terrible look. He can't do that, even if there aren't many undecided voters. And this debate wasn't that bad for him.

The muting won't work either. The answer is that the participants need to actually play by the rules. Muting gives too much power to the moderator and will inevitably look like Trump is being silenced.

Didn't watch it, but sounds like the debate was what you could expect from any debate involving Trump.

Can't help but feel that Americans are having to choose between two very uninspiring candidates. Sure, Trump's MAGA vision was stupid four years ago, but at least it was some kind of "vision" about what's to come. He's got nothing this time, just tiredly recycling the same old shit with even less clear idea what it means in practice. And Biden's vision is "Trump bad". Very unexciting.

This debate was like being in a mw2 game chat

Biden was alright though even if not particularly inspiring, very reasonable and collected politician anyway that's what the world needs.


I didn't have time to watch the debate. Could you me a very short, unbiased summary? 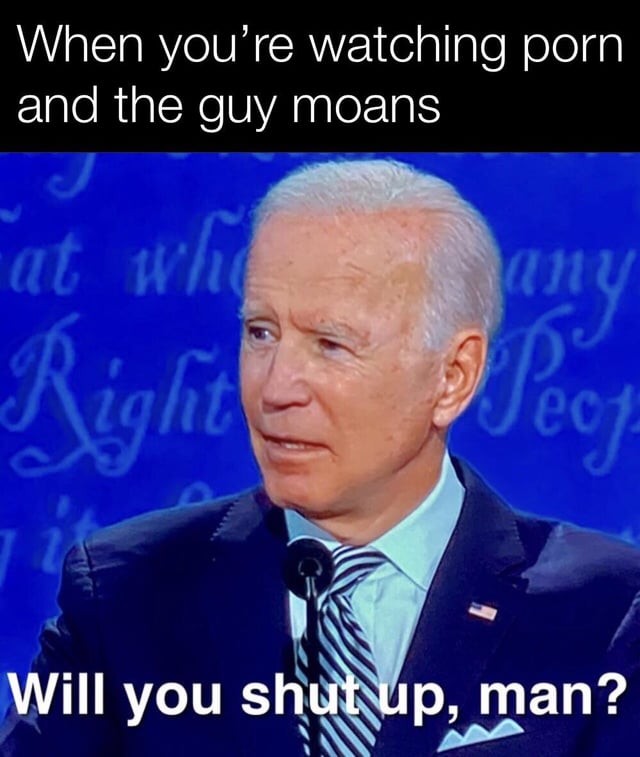 I didn't have time to watch the debate. Could you me a very short, unbiased summary?

It was Trump v Chris Wallace. Terrible moderator who was literally debating Trump himself and that wont be mentioned here for reasons we know.

Biden mostly took his usual boring route of just capitalising on what the media and masses hate about Trump and more in reaction to that rather than presenting any ideas of his own or anything original. Biden really is the definition in stereotype of a politician.


Trump on the other hand failed to capitalise on a clearly cognitively declining Biden and chose to speak as if he was in his rallies and could have played it out much smarter but also seems to have his own cognitive decline, compared to a more tact and sharp debate with Clinton in '16.


So for Trump it was a huge missed opportunity from his side, and Biden exactly what you expect from him. On Trump's side there really is little keeping him afloat since he has failed to bring anything new to the board and more so could have used key questions on the key issues in USA to his favour but chose to deflect it for odd purposes that I will not know of.


If Trump did not consistently interrupt without reason he would have won the debate in my eyes but his zealous spiel of talking just did not suit the atmosphere of basically a quiet room of two opponents and one "moderator".


This election is a total mess and nowhere near as interesting as it was last time so no point tuning into it further.

Today at 10:49 pm by BarcaLearning