Yeah I agree he stepped into the Bernabeu against a midfield feared by most of Europe, and was great and composed in possession and his decision making. Obviously he isnt an attacking player and that’s not his role, so he didn’t stand out like Ziyech or Tadic. But he kept Casemiro/Kroos/Modric looking lost all game. Mind you this same Madrid gave Barcas midfield all sorts of trouble 2 games in a row.

I was very impressed. I will say i think he’s too similar to Arthur in the role he uses his game, so having them start together and you have to wonder where the creative final third passes will be coming from

windkick wrote:Yeah I agree he stepped into the Bernabeu against a midfield feared by most of Europe

Can't remember the last time our midfield looked this weak, to be honest. The decline of Modric is one thing, but Kroos looks absolutely jaded. Don't get me started with Casemiro. I wish you were right, though. 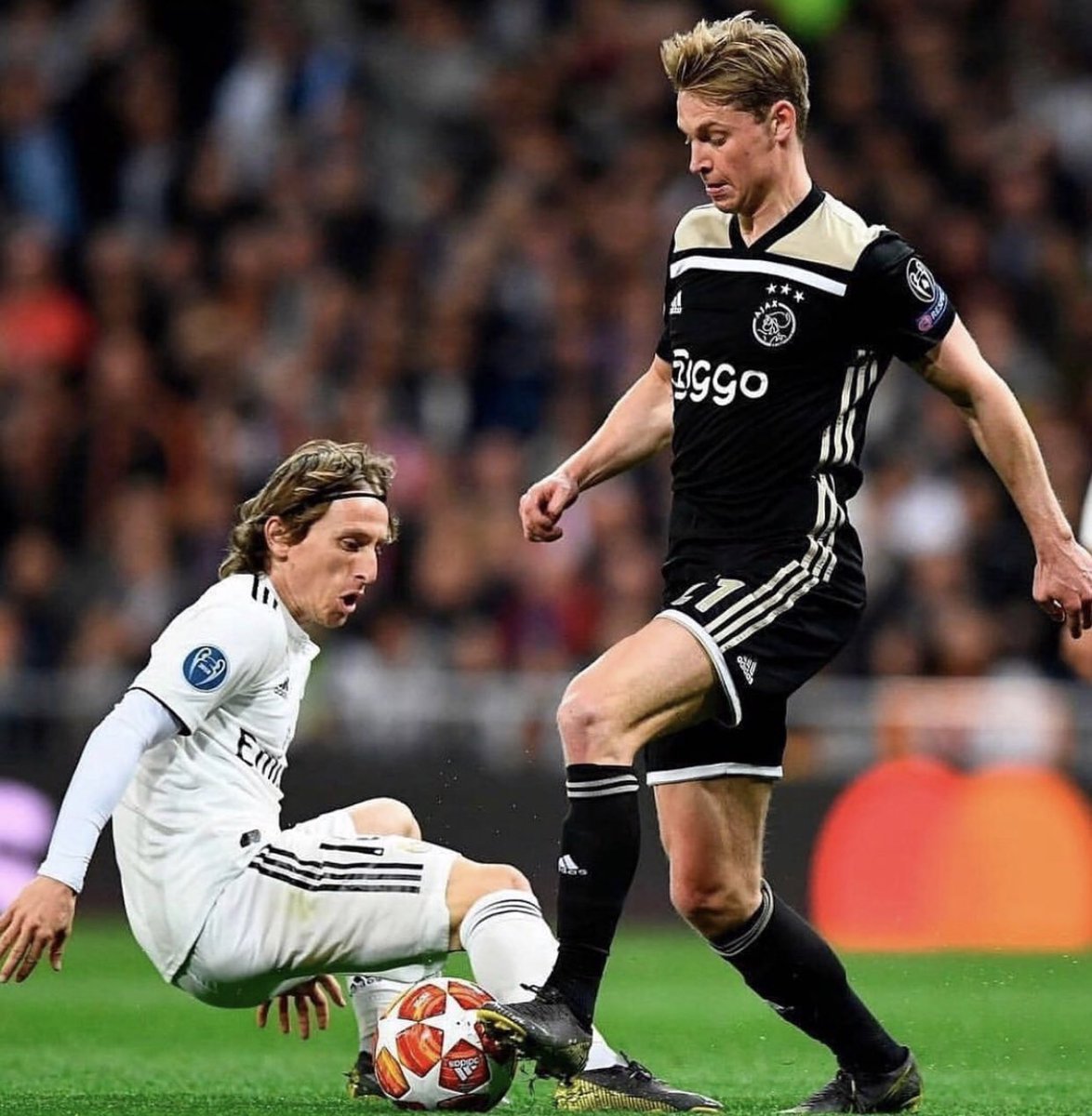 IDK how Vini came out alive from the second one.

windkick wrote:Yeah I agree he stepped into the Bernabeu against a midfield feared by most of Europe

Can't remember the last time our midfield looked this weak, to be honest. The decline of Modric is one thing, but Kroos looks absolutely jaded. Don't get me started with Casemiro. I wish you were right, though.

No doubt, all 3 of those guys are deffintley having a bad run at the moment that imo started to show last season but this season, maybe with the World Cup during the summer, really wore those guys out. That said, all 3 of those guys have shown they can step it up and smaller teams especially will still look at them with up most respect because they can still turn it on. Barca's midfield for 2 games straight still had a hard time with them, so watching De Jong and Co. do so well at the Bernabeu is seriously impressive. Not sure why people crap on him he isn't an attacking player so he is obviously not gonna stand out as much as some of the other guys did but he was really solid.

Still, I think he is more of a controlling the tempo/game type of guy, like Arthur, so having both of them and Busquets at the same time start and I have to wonder who will be the midfielder producing the forward passes/link to the forwards. It just would seem unbalanced to me if that's the 3 they plan on starting next season. 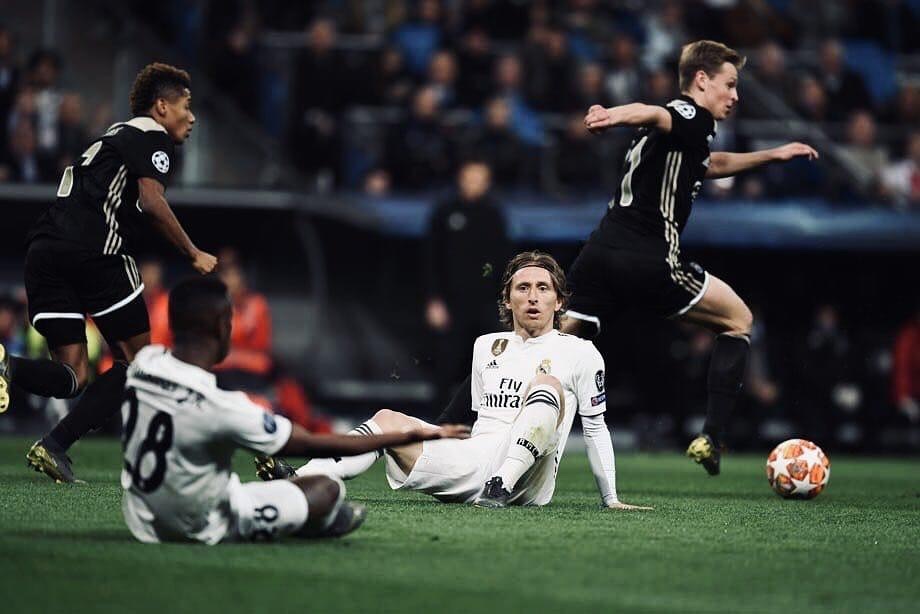 Finally a good post by you Dany! I never thought I'd see the day.

Myesyats wrote:Finally a good post by you Dany! I never thought I'd see the day. 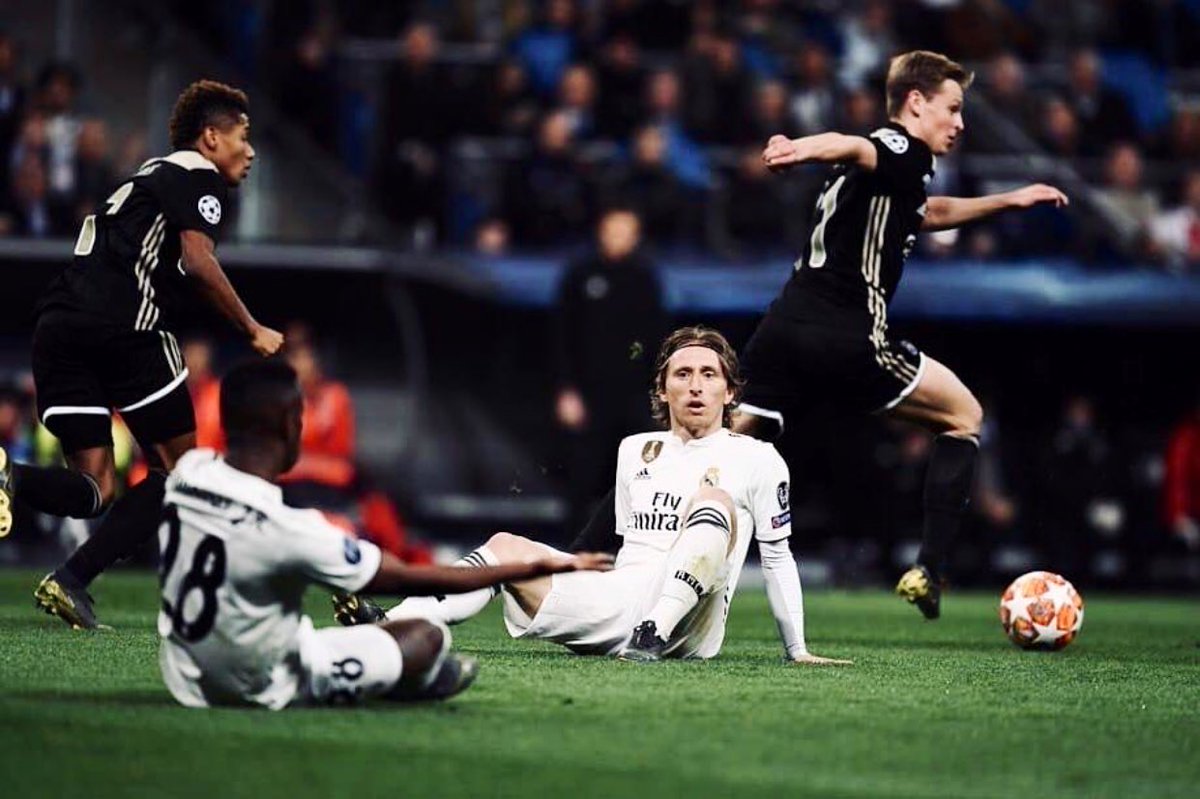 You guys certainly know how to pick your highlights

Myesyats wrote:Finally a good post by you Dany! I never thought I'd see the day.

did i just get rick rolled into watching a 4.30 vid of a poor mans henderson.

lol
Imagine Coutinho, Arthur and De Jong being the successors to Iniesta, Xavi and Busquets

Frenkie de Jong (21 years, 333 days) is the youngest player with at least 117 touches in a Champions League game from the quarter-finals onwards since Sergio Busquets in 2010 v Inter.

Take another bow son. Dominated Juve again. Kid has shown that he can hang against the big boys on the grandest stage. Money well spent. I think it is time to cash in on Busquets. Right now, FDJ is much better. Stronger phyiscally, more mobile and very good technically.

he will fold under the expectation that comes with playing for barca. he is a young kid and he will be expected to carry the team. this move has come too soon imo.

"Money well spent". I suppose that means he's succeded, already. I completely understand wanting to hype up a big money signing, which is normal for fans of all clubs, but you guys really seem to make mountains out of molehills when it comes to this guy's performances. Ajax have been fantastic as a unit. I don't think it's an exaggeration to say that their performances in the CL have looked more cohesive and dominant than those of Barcelona, but don't you think it's a bit too soon to act as if Busquets can be comfortably retired and replaced?

Just like with Coutinho we've bought a player from a good collective who is totally replaceable for them and has no bearing at all to how they play.

WTF is special about this?

Every single game of him is like this. WTF.

The disappointment next season will be huge.

How he perform under pressure.

He's not as dumb as Coutinho but yeah.

futbol wrote:Just like with Coutinho we've bought a player from a good collective who is totally replaceable for them and has no bearing at all to how they play.

WTF is special about this?

Every single game of him is like this. WTF.

The disappointment next season will be huge.

This video is missing some bits and pieces, for one it doesn't include the one -touch play I posted in the 'Ajax is legit' thread where Frenkie was the main orchestrator.

The owner of this vid seems to have not included his best plays and Futbol, clearly, you have not watched the game.

Nonetheless, Frenkie is a DM so what else can he do? The main point is that he's great at escaping pressure, he's a true presence in front of the defence and he can penetrate with great passes in between the lines.

Also, I just watched some highlights of Busquets in his prime and I was not impressed either. It's only when you watch the whole game, you start to understand what Busi did for prime Barca and what Frenkie brings that allows Ajax to be so harmonious together.

I don't think it's fair towards De Jong to compare him to prime Busquets, but there's really no comparing their respective abilities to the control the midfield. Busquet's vision, positional awareness and passing ability is what set him apart from others, and he wasn't too shabby at shielding and winning back the ball either - which is what seems to be De Jong's strongest trait. I recognize that his vision is above average, but I don't personally think there's even any point in comparing the two in that regard.

Busquets was such an integral part of your team, and even the best in the world in his position at one point. He made your team tick. The fancy, occasional dribbles and heel flicks were more of a bonus than anything else, and not what made him such an important player for Barca. I think it's far too early to declare that De Jong will definitely do the same job. That seems quite unlikely, at this point in time. Not only do they have different physiques, but they have quite different playing styles, as well. With Busquets and Iniesta, you really had two exceptional talents that don't come around too often.

No one is denying that Busquets and Iniesta were once in a lifetime players. But Busquets is increasingly more error prone and if you press him, he will make mistakes. And in crunch CL games, cant afford that.

If we drop Messi, play 4-3-3 with Coutinho, Dembele either side of Suarez; a midfield 3 of Rakitic and Arthur with Busquets holding.
Then yes, Busquets is still the man. He would own in such a setup. Reality is we play 4-4-2 with 2 up top who dont defend. We need more dynamic players in the middle of the park. Busquets is not that. FDJ is much better for this version of Barca than Busquets and it isnt even a debate.

Of course, he's not in his prime anymore. I replied to Mystats mentioning that he thought highlights from prime Busquets were, similarly to De Jong's, relatively modest. I don't know about everyone else, but I think the exceptional talent is quite a lot more apparent when you watch videos of Busquets in his prime. Then again, not a fair comparison.