Fury should win either way.

It will seriously suck if he doesn't. Klitschko disappointing.

It will seriously suck if he doesn't. Klitschko disappointing.

Disagree, Fury is a major *bleep* and deserves absolutely nothing even if he had knocked him out Wlad should still win imo.

Worst champion in a long time. Watch Haye challenge him

lol i'm going nowhere Sky until he loses it, will be more unbearable than Paul Merson tirades on Soccer Saturday about how Fabian Delph is better than Yaya Toure.

Should see UK journos on twitter atm lmfao. Media going all out. 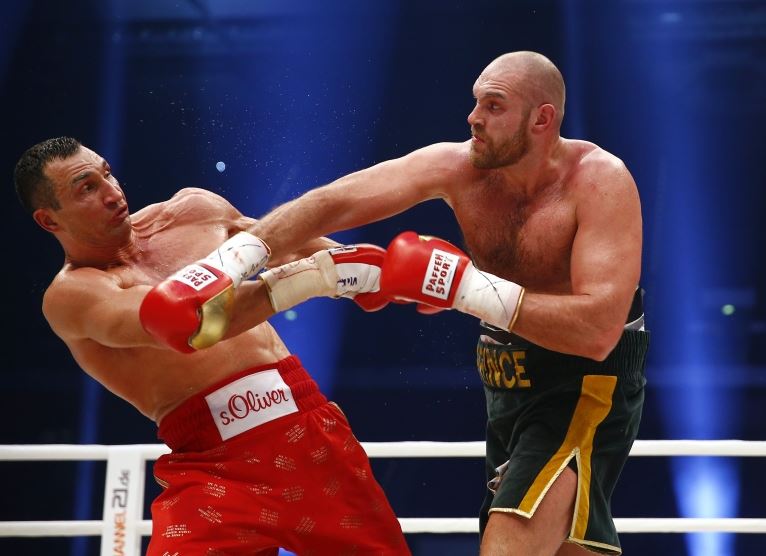 Look at this bum lol.

LMAOOOOOOOO big mana cry than goes on to sing a love song.
That's your heavyweight champ right there

Worse than a drunk best mans speech at a wedding tbh.

I'm no expert but surely there's someone better who can challenge this dude.

What has been seen cannot be unseen.

should nuke november 28th 2015 from all records tbh

I can see now what Mole means.

These white bears are disgusting. They need to lose. Just give that Joshua fellow a match, he looks like a superstar atleast.

I can see now what Mole means.

I didn't even know about that

He's just an insufferable asshole though and thinks way too highly of himself. Obviously winning the world title isn't going to help that one bit.

Fury is good for boxing .

how bad is heavyweight boxing been for ages lmfao

I might just get fat as fuk, work on my jab game and make a run for a top 10 spot.

I might just get fat as fuk, work on my jab game and make a run for a top 10 spot.

Acting as if you're not already there

Wlad is truly finished, those who suspected it after Jennings' were proven totally right. He cant push the action at all, he struggled all night to find a range to fight and was outboxed from the outside 75% of the rounds.

That final round was his last stand and he almost had Fury reeling but overall it was a poor performance from a guy who had a great run but no longer has it. Its normal, at 38 years old..but even Wlad of a couple years ago would have had Fury out of there.

Fury is a better boxer than he looks and sounds like, it is a shame to have a flabby slob who says what he says and sounds how he sounds as champion but he is actually a bit more skilled than people think. I think he would put Wilder to shame and I dont want to even hear Joshua's name untill he fights a couple real fights first.

Still, Fury is no elite, neither is Wlad if we are honest. Its a sad state. Vitali would have beat both of these clowns inside 6 round in his prime

Page 38 of 40
Permissions in this forum:
You cannot reply to topics in this forum
Latest topics
»  USA Gun Violence & Police Brutality Thread

Today at 5:02 pm by titosantill

Today at 8:15 am by BarrileteCosmico

Yesterday at 11:57 am by Hapless_Hans