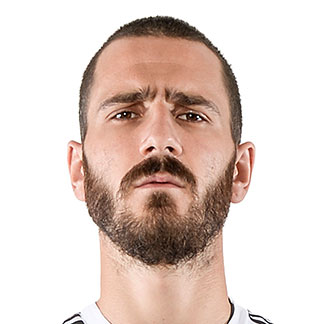 Hi guys how are you? hope everything's fine.

In the General section, there's a thread talking about if Juve is a top team or not.  To make the story short, our friend here Juventus101 has been saying that Bonucci is ALMOST on par with Barzagli and Chiellini WC Type level, where as ive been saying the contrary.

To me, Bon Bon is good but not world class, Of the first starting XI, the worst defender on the field to me is Bonucci (not necessarily a bad thing when you play with Barz and Chiello)

but the most shocking comment Juventus101 said is that Bonbon was the best defender in our euro 2012 campaign.

i wanna hear your opinion Devi.

P.S. this is really a healthy debate, Juve101 and myself are not fighting, just trying to spice things up on this board. Also, if you're wondering what we posted on the thread, ill just copy paste it here so you dont have to go back and forth.

ME
"boy you crazy! Bonucci world class? LOL! he is the most error prone defender we have bro. He plays good is because he plays in a 3 man backline but i assure bro in a 2 back cb only team he would choke bro.

He has really improved a lot this year ill give you that, but he is in a lesser scale than barz and chiellini"

Juve 101
"I don't think hes world class either. I think hes close though, and if you followed Juvenal more you would know that for 2/3rds of last season (our undefeated season), we played with a 4-man backline of Lichsteiner-Barzagli-Bonucci-Chiellini. So no, he would not fail in a 2 CB system.

Bonuccis only real problem is that hes incredibly unlucky. So many deflection goals go in against us, and most of the time its Bonucci that deflects it."

ME
"my bro, i watch juventus religiously every weekend for the past 6 years bro. i even started taking italian classes, almost up a year now.

Yes, Bon Bon has played in our "famous 4 3 3", but if you see when he plays at la nazionale, which is a 2 back only centerback line, where abate and chiello go forward to assist, bonucci is really exposed.

If you get to watch all of juventus conceded goals for the last 2 years, youll see Bon Bon wandering around doing something he shouldnt be doing! Lol

whether is bad positioning, bad reflections, bad tackle or just plain bad luck, he is there when we concede bro.

Bon Bon went from being a above decent player to a good player this year, but thats about it."

Juventus101
"Hes much more than a good player. And btw, hes was our best centerback in the Euro, including the semi's and the final where we used a 4-man backline. He was simply excellent in the euro, and was also great last year in the 4-3-3. The only time hes been really below par is two seasons ago, but he was still very raw then and playing with Marco Motta sure as hell didn't help.

Bonucci is not world class, but hes not far off either."

This season and on the Euros he's been our most consistent performer and playing on that that WC level. But is he ? Not yet he is heading there good and steady but not yet he still loses his concentration in some matches but he is still young for CB they are 'mature' at 28-29 years....

Will he be wc if he continues like this ? Yes

As Dejan said, he'll only improve- especially if this system remains which keeps him as an undisputed starter. From the Euro on, he has been in his best form for Juventus. World class? Maybe not but he can get there

The 3 men back line covers his weaknesses.

In the team he performs well and he is an integral part but if we rate his skills as an individual he is just a good defender. Nothing more.

In my opinion him being bailed out by the other two was true, but has been a myth for some time now Of course everybody makes mistakes but the error-prone Bonucci has been gone for some time now. Infact, he's bailed Barz and Chiellini out a couple of times.

Is he world class now? No, but not far off of it.

Do I think he'll be certified WC within the next couple of years? Absolutely.

thanks andrew, ive been saying all the time. the 3 man backline hides his weakness

Everyone would look too much average, if you compare them with the legends of football such as CANAVARO, MALDINI, THURAM, STAM, CAFU, ROBERTO CARLOS, ect

I don't really understand this " WORLD CLASS " concept, but let me put it this way,

BONNUCI is the best player in the world compared to them to 25 years old, I don;t know if that makes him World class?

There are older players such as: CHIELLINI, T. SILVA, VIDIC, ect that are better than him,

In my opinion the definition World Class changes with each group of footballers.

I don't like comparing players from different generations because the game changes a lot whether it be conditioning of the players, the weight of the ball, the rules etc etc.

djfawnz wrote:thanks andrew, ive been saying all the time. the 3 man backline hides his weakness

I love Juventus with my heart. I truly love the club, but I'm trying to be realistic. If we take each player individually we have a squad of good to very good players but we've no world beaters. For those that will argue that we have Buffon and Pirlo. Buffon is a legend, in my opinion at his prime he was the best goalkeeper that has ever played the game but time and injuries left their scars on him. The same goes for Pirlo.

What Conte has achieved in transforming a bunch of good players with no chemistry, no team spirit nor mentality and with tactical weaknesses into such a great and close to flawless team that Juventus is today shows what a genius he is. He actually combined all the pieces of the puzzle in a way that everyone's weak points are covered by the others strong ones.

Juventus moto under Conte should be one for all and all for one...

I never said hes WC. I said hes not far off. But he still has a long way to go to be at Chiellini and Barzaglis level, who I personally consider both to be in the Top 3 CBs in the world, possibly the two best.

I don't understand what is the point with devaluing our players, if MILAN clubs would have our starting XI their fans would come here on the forum and troll us every day like they did on the past...

POGBA soon will become world class, and there would be nobody that have balls to play against a strong side that we have...

All we need is a magical strikers that all the top clubs have: IBRAHIMOVIC + SUAREZ should both come to JUVENTUS...

No he his not yet a world-class, but he his the same level with CB like Jerome Boateng of Bayern, Sakho, they are just this close to becoming world-class.

I believe within the next year, everyone will rightfuly call him a worldclass because that is what he will become.

Im convinced he is in very deep with the betting syndicate ive never seen anyone being such a very good player and still being so very "unlucky" and "error prone" and dont get me started on his performances on corners this year. He is the one hanging heads over opponents tme after time and he misses all even failing to keep it on frame. No doubt in my mind he is world class he just seems very strange to me.

Not yet but he is on the right track to be wc...

Leonardo Bonucci and Claudio Marchisio could end soon in England. As reported by Gerchteticker.com, Liverpool have chosen the two goals for the next recruitment and names are those of the defender and midfielder of Juventus. The Reds they would be studying the offer to propose to the Old Lady, and would even be prepared to enter in case of rejection of the first offer, tag the attacker, much appreciated by Juventue and followed earlier by the leaders Juventus, Luis Suarez.

You can have Marchisio (with a heavy heart) but Bonucci stays.

@filthy:
Why are ur opinions anti-salmano?

Putting my own personal love for Marchisio aside, we can't afford to let him go from a footballing standpoint either.

We play 3 centre mids, and we only have 4 quality options atm. Take Marchisio away and any injury we get cripples our team.

Bonucci + De Ceglie (They need a back up left back) + Money

Tomwin Lannister wrote:Putting my own personal love for Marchisio aside, we can't afford to let him go from a footballing standpoint either.

We play 3 centre mids, and we only have 4 quality options atm. Take Marchisio away and any injury we get cripples our team.

Bonucci + De Ceglie (They need a back up left back) + Money

we can buy LB or LWB.
then we have 4 quality center mids options again in asamoah

Yeah i've been saying that for a while but a quality LB will eat up a lot of money anyway so it's not really an option right now.

Tomwin Lannister wrote:Yeah i've been saying that for a while but a quality LB will eat up a lot of money anyway so it's not really an option right now.

except Kolarov who is quality and cheap

making a debate and talking doesn't mean we believe in it

Page 1 of 7
Permissions in this forum:
You cannot reply to topics in this forum
Latest topics
» Cristiano Ronaldo is the GREATEST OF ALL TIME. Now Sit down and STFU