What do people think now??

Damn I'd have neither if I had a choice. Terrible the both of them

Close this thread please. It's a disgrace to one of the best players in the world.

The first two pages minus Arq, Ganso and a couple others

This wasn't too bad either on the first page:

neymar on the other hand from matches I've watched looks more refined. He does the basics better imo, control, passing, dribbling, is all more effortless for him, so I would prefer neymar

Bale was last season relatively as better, as Neymar is this season. So there's no definitive answer yet. 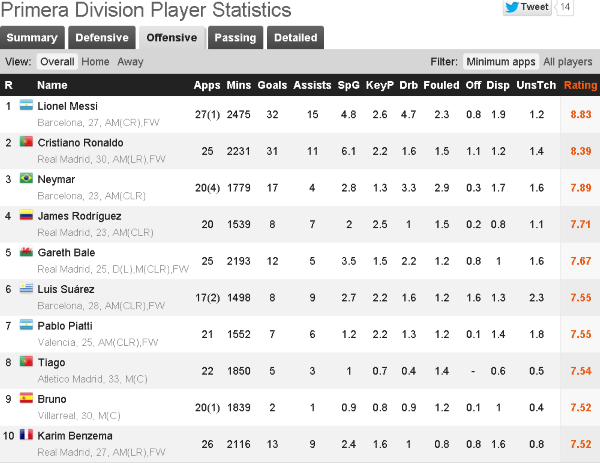 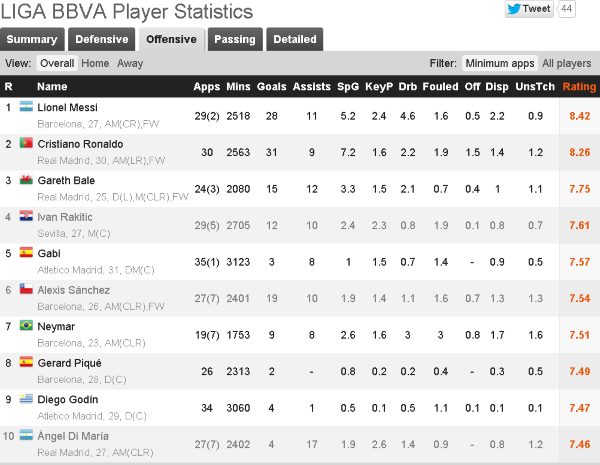 Neymar has certainly been better this season, and Bale was better last season. I think that the Bale hate is way overblown and his form is suffering a lot for a number of reasons (and he's not the only on on RM seeing that dip).

I'd really like to see Bale off of RM and on a team where they'll put him on the left where he belongs.

Bale at no point in his life was better.

The Franchise wrote:The first two pages minus Arq, Ganso and a couple others

Bale better last season? Come on now... He was mostly just playing horrid for 88 minutes and blindly kicking a cross into CR7s head.

Neymar will always be my choice.

Bale is the perfect run and shoot player, but brings nothing else. Neymar has much more depth to his game.

Is it even legal to compare gareth bale to neymar?

My God!!!
Even if neymars off form, he's still twice the player bale is on form minus the finishing.. So pls, in bales interest, all this comparison does is make him look silly..
Its like comparing benzema and chicharito. Pls end this already!!!

Neymar is a very special talent. It's very obvious that he's the more talented player and the better one.

HS: Bale is superior to Aubameyang tho.

Bénin wrote:Neymar is a very special talent. It's very obvious that he's the more talented player and the better one.

HS: Bale is superior to Aubameyang tho.

So so obvious. You don't need to have a Wenger esque mindset to see the clear difference in ability.

For both comparisons mind you.

Don't want to beat a dead horse but I stumbled across this statistic which is relevant to the thread I guess:

you don't want to beat a dead horse ?

Neymar is probably the better one. Bale looked good last season but this season he's terrible.

Probably ? There is not even a contest for god's sake. Neymar is the 3rd best player in the world, while Bale struggles to get into top 30.

Threads like this usually separate those that understand the sport from those that don't. 90% of this forum know *bleep* all.

this thread is an insult to nerman tbf

halamadrid2 wrote:I dont know man. I wouldn't call Neymar better than Bale. One does pointless stepovers before passing the ball back to someone else behind him while the other cant control his speed. Bale is the superior scorer but Neymar is better on the ball which LaLiga requires. I think Bale has been hard done by having to play in the midfield when he doesn't have the skillset for it. I am 100% he would be alot more respected as a striker. He is an excellent goal scorer and great at getting into good positions, he is just really bad on the ball

If I had a choice I would chose neither

No way dude.. neymar has shown that he can still score at a decent rate while playing on the wing with messi. His assist tallys are better. Bale scores useless goals. As a poacher he would be excellent but we don't play with a pure 9.

Ronaldo and benzema are 2 of the best final third playmakers around and he still can't score that much as well.. hence me saying he's out of form. But neymar is so, so much better.

my posts were on point

linetty wrote:this thread is an insult to nerman tbf

Nerman, we are not worthy.

Thank you all for your partcipation.
This thread is hereby officially closed

Tied 1-1 atm, lets see if Bale can up the game next season when Madrid doesn't play only for Cronaldo's goals anymore.

did Rafa call you and said he'll change the masterplan?

Harmonica wrote:Tied 1-1 atm, lets see if Bale can up the game next season when Madrid doesn't play only for Cronaldo's goals anymore.

is impossible in Real Madrid, are all slaves of Ronaldo.

But i agree with Neymar is overrated and is not better than Bale.
Neymar is pure striker, Bale a pure winger..
Neymar score a lot of tap-ins and easy goals thanks to Messi, Bale not have this possibility.

Similar topics
» Neymar or Bale?
» Bale vs. Neymar
» who will be more of a success Bale or Neymar?
» Do you think Bale and Ronaldo will out shine Messi and Neymar?
» Neymar's Dad: United have offered to activate Neymar's 190m € transfer clause

Page 6 of 7
Permissions in this forum:
You cannot reply to topics in this forum
Latest topics
» Cristiano Ronaldo is the GREATEST OF ALL TIME. Now Sit down and STFU