How highly do you rank the man as an actor, proffesional, etc.

Ya ya we all know he has an ill temper, with all those accusations of domestic violence, but i think the rant in terminator salvation backstage, is justified considering how much of an adept proffesional he is when it comes to taking his roles seriously. 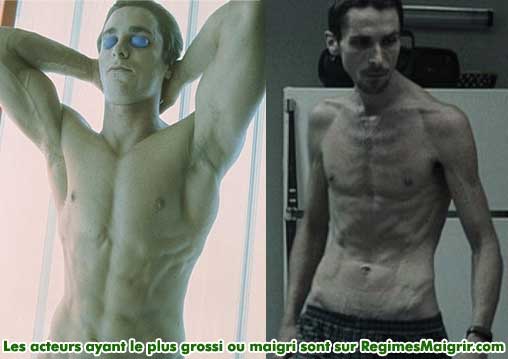 And complete and utter badass.

Great actor, but I'd like to see him do a comedy.

Bale my man crush or should I say Bateman

dat moonwalk in the 3rd video

He's really dedicated, I remember he lost a shitload of weight just for his role in The Machinist. Brilliant movie.

I think few people here know that I'm a self confessed 'bale head' and have a man-crush on him.

He was on many an example of immensely talented actors under the radar, overshadowed by the talent-less cannon fodder of today in mainstream.

Thankfully when he received his breakthrough we all got to see this acting phenom at his best.

We all know of his pure dedication to his craft in method acting, but what amazes me more his perfect thespian acting TECHNIQUE in his roles. He is a chameleon when it comes to his roles yet still retains his magnificent screen presence and charisma.

By far one of the best young actors in hollywood today and the true heir to Daniel Day Lewis.

I love Bale.His dedication is unparalleled in Holywood at the moment.........the one qualm I have with him is his role selection.

I will call you Sabrina.

def going to try this some time for the lolz,the first part anyways ...

One of my favourite actors and just love his dedication to each role and his diverse array of acting which allow's to play so many different roles so seamlessly.

American Psycho, The Machinist, Batman Begins, The Prestige, 3:10 to Yuma, The Dark Knight, Public Enemies etc etc all show this.

BTW watched The Machinist for first time last time and was astonished at how much weight he lost for the role it was just brilliant to see such dedication to a role.

Was an amazing film too with lots of twists and a very dark story.

ever since i saw reign of fire i loved his acting...never knew so much people liked him so much either.

Saw The Machinist a few days ago. Trust me when I say that he captures the essence of those who actually suffer from psychotic illnesses. He has the same incredulity in his look when he's on the verge of breakdown. That he looks like an escapee from a concentration camp only adds to the ingenuity and genuineness. This kind of dedication to acting is truly unique. Of course it adds to the film that there are some great symbolic and subliminal themes but I don't think the movie could have reached the same level without Bale.

Very good actor. The scene where he's confessing to his lawyer over the phone is excellent.

Ah good old Bale. My favourite current actor after DiCaprio. The way he adapts to his roles (The Machinist: had only an apple and coffee a day for 10 months, American Psycho: Perfectly gained the Olympian athlete like weight Patrick Bateman was described as have in the book, The Fighter: Again lost weight, Batman: right after the Machinist he was ordered to gain 200 lbs, the guy gained to much then AGAIN reduced) is outstanding. His dedication to his roles is truly amazing.

For all the Bale fans, I recommend Empire Of The Sun,great performance by a 13 year old Bale.

My dream is a movie with Bale and DiCaprio as leads with Nolan as director. That would be epic.

The Flowers of War is a historical movie that’s also making movie history – the first collaboration between a prominent director from the People’s Republic of China, Zhang Yimou, and a major Western star, Christian Bale.

Director Zhang (Raise the Red Lantern, House of Flying Daggers and the overseer of the Beijing Olympics) has described the film – the most expensive Chinese movie ever made at just under $100-million (U.S.) – as China’s attempt to gain a foothold in the $30-billion a year global cinema market.

Based on a novel by Geling Yan (The Sent Down Girl), the film is set during the notoriously brutal Japanese occupation of Nanjing (then known as Nanking) in 1937. The movie tells the story of a cynical American mortician, John Miller (who is not in the novel), a drifter who pretends to be a priest to protect two different groups of women, teenaged convent girls and local prostitutes, who are hiding in a cathedral.

When Zhang asked his friend Steven Spielberg for advice on Western casting. Spielberg suggested Christian Bale, a recent Oscar winner (for The Fighter) and already known around the world as Batman in The Dark Knight franchise. As a 12-year-old, the Welsh-born actor beat out 4,000 other contenders to star in Spielberg’s Empire of the Sun (1987), based on J.G. Ballard’s memoir of growing up in a Japanese internment camp in China.

The Flowers of War was shot on location in Nanjing, over a 164-day period, starting in January, 2011. This was the 38-year-old actor’s first trip back to China as an adult and first time working with a Chinese crew.

Page 1 of 1
Permissions in this forum:
You cannot reply to topics in this forum
Latest topics
» Champions League 2021/22 | Group G

Today at 9:23 pm by BarcaLearning

Today at 8:09 pm by Robespierre