I remember Bergkamp back in 2007 screaming to Wenger to sign this kid.

Either him or Goetze are pretty much tailor made for Arsenal.

Ran England ragged when they faced, and absolutely raped Portugal too.

Has all the tools to be the next Laudrup.

Let's get another business done with Ajax in Jan.

Any club in the world could use him, I dont see how he wont be one of the best in his position in 2-5 years.

Hope he doesnt go to Barca or Madrid because we wont play enough.

One of my favourite young players.

He was meh against us

. but im agree he is really good.

He must know his place

Also 4th in the table

ManU, Chelsea and Newcastle don't even employ that role, though. Most PL sides are too tactically rigid for that sort of player.

Clearly needs to go to Arsenal.

Sushi Master wrote:ManU, Chelsea and Newcastle don't even employ that role, though. Most PL sides are too tactically rigid for that sort of player.

Clearly needs to go to Arsenal. 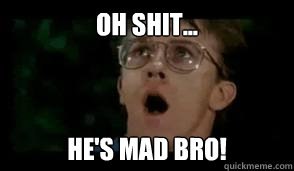 True. I forgot about Ben Godrfa.

He must know his place

Also 4th in the table

You heard that man, cut the trolling.


No, I havent been paid off at all.

Come on Mole you know Eriksen would start over Meh Arfa.

EarlyPrototype wrote:Come on Mole you know Eriksen would start over Meh Arfa.

He just needs to chill at Ajax and do his thing right now, no need to be riding the pine at some high-profile home heading into Ukraine/Poland 2012.

Eriksen is Liverpool bound.........The deal was closed up like two summers ago.....He'll be at Anfield in January or next summer.

As he has said plenty of times, he only wants to go to a serious serious top club. And in the mean time he wants to develop at Ajax. He is only 19, he wants to stay for a while. Most of the Ajax players aren't stupid, they prefer coming to fruitition in the Eredivisie. He has Champions League football too, decent chance of coming out of their group.

There are pretty substantial rumours saying that he has rejected bids from Inter and Valencia this summer, so he sure as hell isn't going to Newcastle lol. Probably not Liverpool or Arsenal either. THERE IS A DECENT CHANCE NONE OF THESE TEAMS WILL PLAY CL FOOTBALL LOL.

EarlyPrototype wrote:Come on Mole you know Eriksen would start over Meh Arfa.

Both would be better.


Drop Obertan play Ben Arfa instead and play Eriksen behind the striker.

He would suit Milan. He is what we lack, plus he is guaranteed a starting place.

Today at 2:15 pm by BarrileteCosmico

Yesterday at 5:57 pm by Hapless_Hans