Let me tell you the story of Frank Kessie

uzonero wrote:Don't really get all the fuss about Kessie. I've only seen him play twice during the last Afcon and I must say I wasn't impressed by him in the slightest

Luca wrote:To me, Kessie was hyped until Gagliardini, the real star of that midfield left in January.

Arquitecto wrote:Kessie isn't an anything player.

Enter Gasperini who in his tenure in Genoa and Crotone was the master of making such "complete" (read decent in all things [but still shit overall]) in such forms such as Oliviera and Juan Manuel Vargas; quintessentially what he is known for given Gasp IS an astute tactician.

Robespierre wrote:Agree with ES on Kessie tbh
Typical chaotic player that can mislead because the stats look like good, but at the end he takes more problems than points.
Not a player worthy of a big team.
It reminds a bit Guarin under us

ES wrote:I despise Kessie with every fiber in my being, one of the worst signings we've ever made, would rather have Muntari back tbh 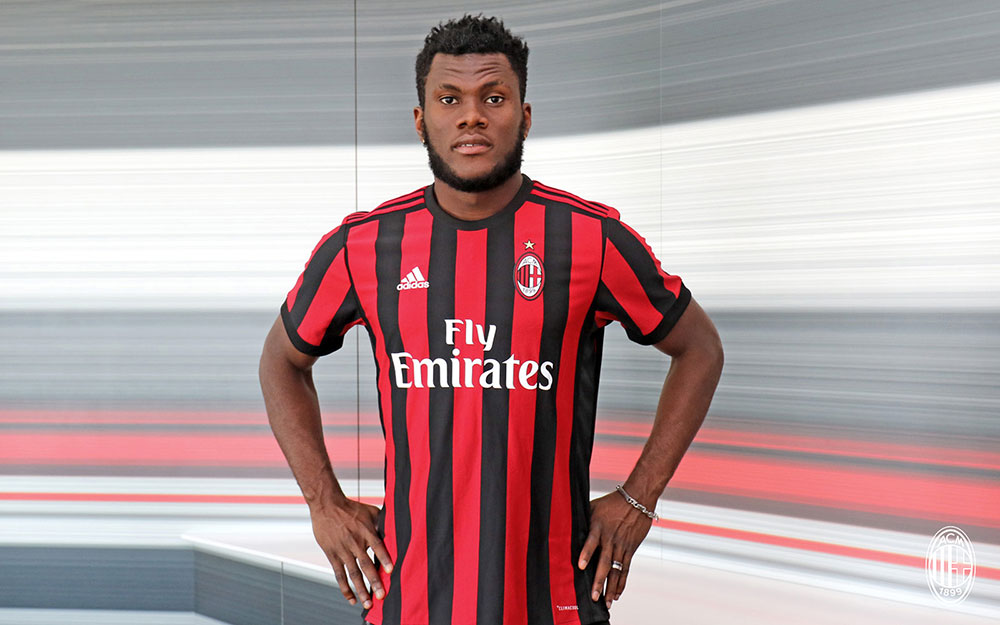 Kessie joins the squad in 2017 for a reported comprehensive fee of 40m (Loan with ob.) from Atalanta, he was part of a the Fassobelli revolution where 10 new players joined the club (among them Hakan, Silva, Musacchio, RicRod, etc)

That season we finished 6th and lost 4-0 in the Coppa Italia final against Juve, a season that saw us lose Benevento, Sampdoria, Hellas, as well as the top brass. Under a  dubious Chinese ownsership, it was our first foray away from the Berlusconi era. He chose #19 as his shirt number but soon was persuaded by the club's management to leave it for Leonardo Bonucci, who transferred to Milan; as a result, Kessie changed it to 79. Following Bonucci's departure in the next summer transfer window, he was offered his original shirt number back yet refused, citing that he does not want to force A.C. Milan fans to spend any extra money on his personalized shirts due to yet another number change. I laughed at the thought of anyone who would want to buy the shirt of such a limited and horrendous player.

Management shifted to Elliot, an American fund, they hired Leonardo and Maldini to spearhead the Milan project. Under Leonardo's era i was excited as we finally got to see players of flair and technique, we went on to get Paqueta and Piatek and under Gattuso played a 4-3-3, we managed to finish 5th that season and Paqueta was the star of the show alongside Piatek. My midfield dream was set, Kessie was often left out for Biglia and Bonaventura, and there were murmurs of Spurs wanting him. Little did i know that i was decieved by a glorified samba dancer and a Tesco warehouse worker.

2019
A new season under Giampaolo, Hakan was CDM, Bennacer LCM, Kessie RCM. This 4D chess manouever deceived Milan fans for about 2 games before getting the sack. I was convinced our midfield was beyond repair, we couldn't carry the ball, we couldn't distribute. A nightmare beginning to a season. But the start of Kessie's re-evolution.

By December, Ibrahimovic joins the club, we shift to a 4-2-3-1 and Pandemic happens. A lot time for reflection until football resumed, Atalanta beat us 5-0, that game the world started to crumble around Milan as Maldini was contemplating leaving, Gazidis was brought in, Boban was fired, and we looked no better than prior years. 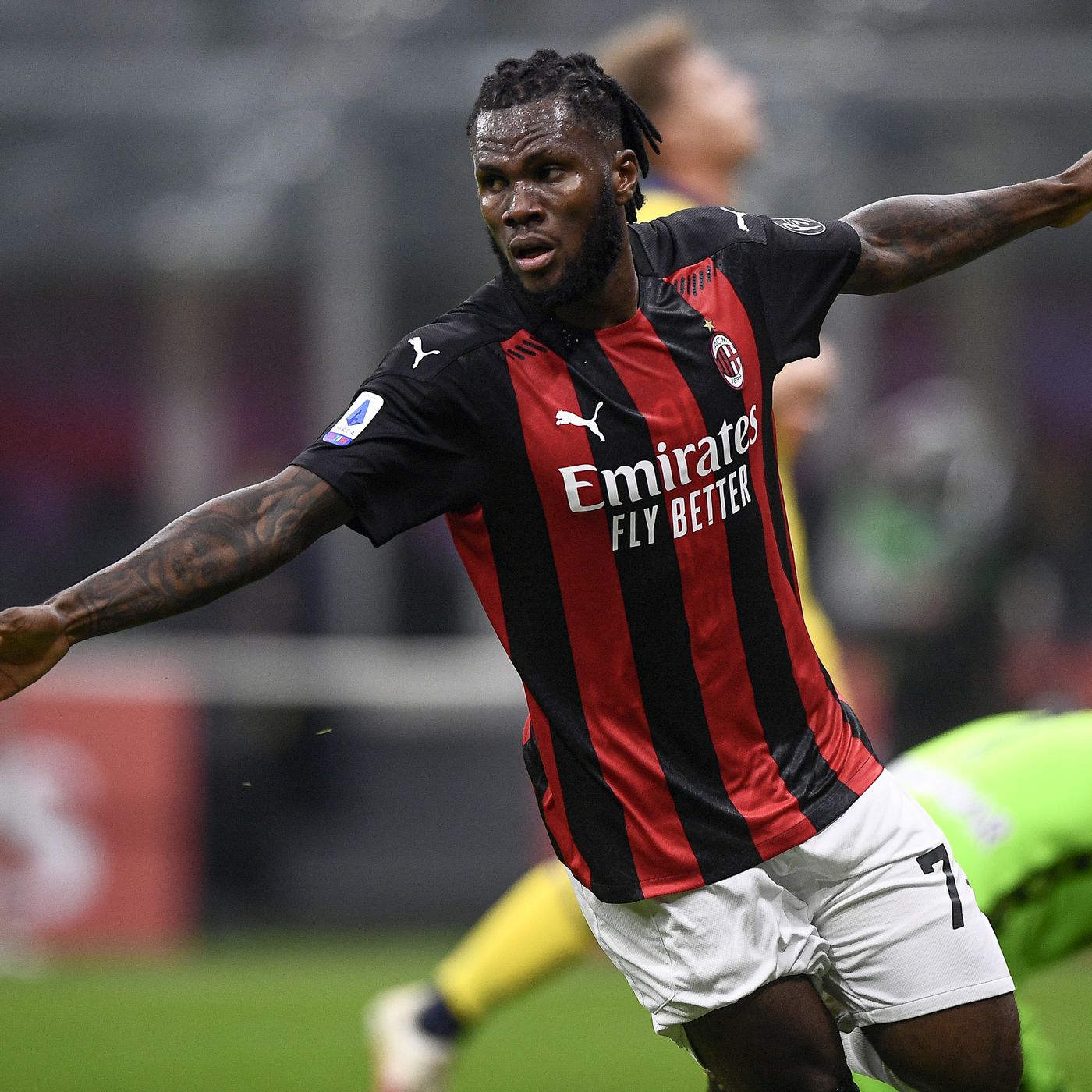 Upon resumption of football we went on an unbeaten streak for 8 months, scoring 2 goals in every match, breaking records left and right.
It was simple, he was dubbed as a 'Tank' or a 'Crocodile' moping up behind Theo's marauding runs, cleaning balls left, right and center, and what shocked me the most is: He developed his technical ability, in fact he i would go to say is one of our best players on the ball, his retention, distribution, ball-carrying, is sublime. Originally, i had labelled him a Partey regen. But Arsenal fans would dream to have a midfielder like Kessie, and Partey has got nothing on him.

As whoscored and FUT are the undisputed barometers in player ability here: 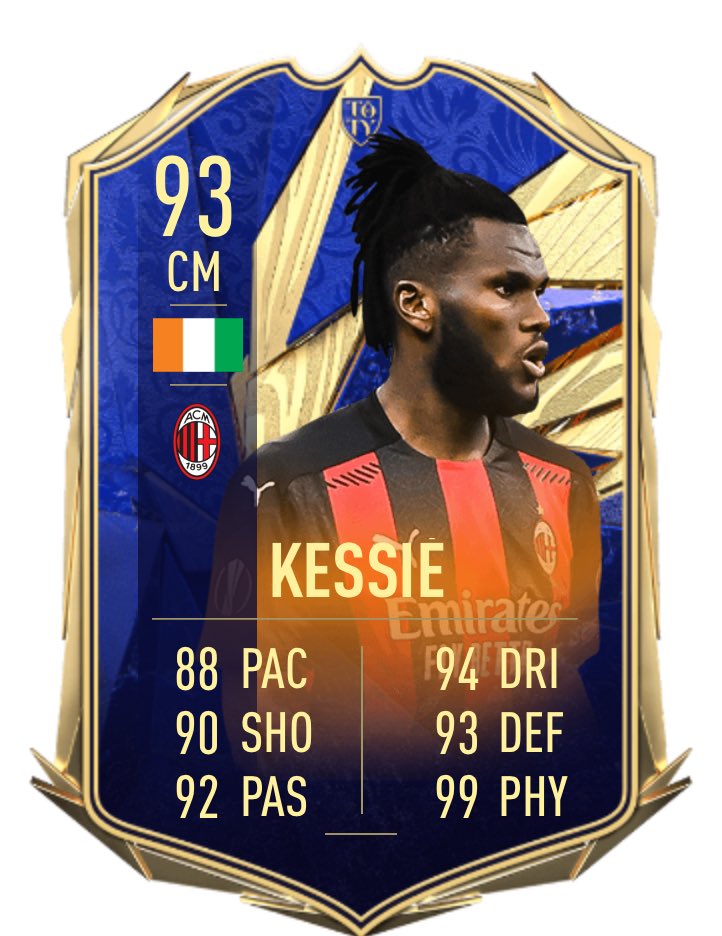 I don't make player threads, but for MY captain (c), he deserves even a salute

to Milan's POTS and converting me from his most outspoken critic, to his most devout follower 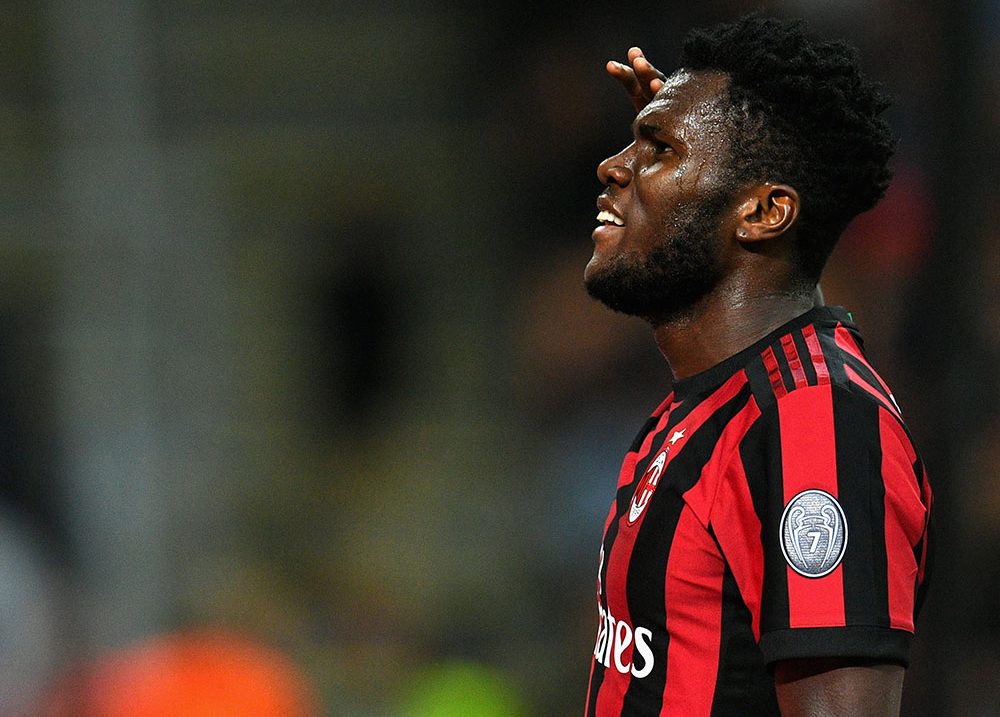 nicely put, a great tribute to our President!

best player of milan this season by margin

ES exposing all of us frauds one by one.

I too take my words back on Kessie.

So when Rincon & Firenze were saying he is Milan's best player, they were clearly not exaggerating. Apparently.

Doc wrote:So when Rincon & Firenze were saying he is Milan's best player, they were clearly not exaggerating. Apparently.

We willed Kessie (c) to become the actual captain

Best GL job since Rincon signed for Juve 5 years after I made the account.

out of contract next summer?

yes he will be free to negotiate by Jan. Tottenham paratichi has offered his agent 8m a year for 5 years to not sign with milan and join them instead.

his agent came to casa milan office few days ago asking for 7 million + 1.5 million sign on fee to extend and milan isnt going above 5 million a year from current 2.5 million.

a year ago kessie was asking 5 million to renew and now he has gone 7 million above, pretty steep asking in a space of 1 years so milan is bound to loose him for free.

I really think he would make for the perfect midfielder in front of the back 4 for Pep, he is calm and collected on the ball, and is the most press-resistant midfielders in the league. Couple that with a monstrous defensive acumen and physical body. He would solve that post-Fernandinho gap.

he is gone to whom that offers high salary + CL for sure ... likely at EPL
has shown no sign of lowering his salary demands ..

If he has a shred of honor in his body, he would agree for a at least a one-year extension with a low release clause to guarantee his fat paycheck.

I'd be shocked if he doesnt end up in the PL, barring a disaster season, he would be great for anyone besides Chelsea, I genuinley hope we sign him. Sucks for Milan fans though.

Firenze wrote:I'd be shocked if he doesnt end up in the PL, barring a disaster season, he would be great for anyone besides Chelsea, I genuinley hope we sign him. Sucks for Milan fans though.

Firenze wrote:I'd be shocked if he doesnt end up in the PL, barring a disaster season, he would be great for anyone besides Chelsea, I genuinley hope we sign him. Sucks for Milan fans though.

I am sure he is up for availability to the highest bidder who can match or up his current asking salary of 7-8m. the only reason I can think of Kessie not ending up in EPL is if PSG outdoes EPL clubs in terms of offer.

Kessie has said no to Milan’s latest offer of €6.5M/year. He could possibly leave either in January or June. PSG are hovering over the player

Its pretty much confirmed, especially after acquiring Adli on deadline day

Can't believe this management and their contract negotiations

Kessie wants 8m lol ... so he went from asking 5m a year ago to 8m. If that is his final answer why bother, just let him go ... and at the same time he says he is a milan fan and wants to stay lol.
not even pirlo seedorf earned that much during their heydays at milan. only ricardo kaka earned 8m and only after he had won CL when it was renewed.

its donnarumma quotes paraphrased ... again its shocking that maldini, massara thinks that he will settle with their proposal

milan has lost over 150m worth of players in 2 years for free ... shocking. why dont they let it go even barcelona and juventus were more reasonable about players salary and all

I feel it's hilarious he demands 8 mln

Personally I ' d not swap Brozovic with him but inexplicably and luckily Brozovic hasn't much hype outside of Inter world, perhaps it'd change with penalty kicks who improve ow stats

He needs to understand his place. It's either partnering with Bissouma in brighton or playing CL with Milan

He needs to understand his place. It's either partnering with Bissouma in brighton or playing CL with Milan

important thing is just being honest. there is nothing wrong with kessie saying i want 8 million a year or im gone. its just football business.
what most fans wouldnt accept is what he would demand 8 million while going to the public infront of fans saying im milan fan and i wish to stay here forever ...

everyone feels respect for kessie for what he has done but if he has more money on his agenda than sporting there is nothing wrong with it and he should go to EPL.

this is where maldini and massara fails .. they just couldnt accept that kessie is a lost cause

Personally I ' d not swap Brozovic with him but inexplicably and luckily Brozovic hasn't much hype outside of Inter world, perhaps it'd change with penalty kicks who improve ow stats

this is direct effect of dilemma milan faced after donnarumma and hakan saga. there is no way kessie would keep quiet after those two demanded way above and why should kessie too .


brozovic is hardly spoken of, he really to my opinion really underrated player ... if inter wins mostly its the barella and others who got shout out.

This is all due to Ibra's effect on the payscale, players view him with the eye of a barometer

Given the amount of injuries as well, we need to be prepared with the realistic expectation that Ibra and Kessie won't be here next season.

Kaladin wrote:This is all due to Ibra's effect on the payscale, players view him with the eye of a barometer

Given the amount of injuries as well, we need to be prepared with the realistic expectation that Ibra and Kessie won't be here next season.

Anyone looking at Ibra as an equal in that side needs a reality check.

Not as an equal, but in importance to the squad and team. Kessie was as vital as Ibra was last season, Ibra even went missing for long periods due to injury.

Now whether the management would succumb to his demands is another story, i personally think they won't as already exemplified by Hakan and Donnarumma, it wouldn't make sense to give in to him.

I'm about 90% confident he's gone, in fact he was conveniently reported 'injured' in the last 10 days of the market. Its usually an elaborate ploy by directors to keep players not playing the first few games of the season so they can sell.