Never ever had an Arsenal related dream in my life lol

Szczesny talking about his former Arsenal teammates. Some gems in there:

Seems like we'll be playing Bayern and Roma in the USA in pre-season:

Hopefully some of these are 9 or 10 o'clock kick-offs so I can actually watch them.

Arsenal beat Al-Nasr 3-2 in a friendly today. Goals from Jenkinson, Lacazette and John-Jules.

The women's team have the Women's Super League for the first time since 2012.

Every Arsenal team except the men's are doing well ffs.

The Emirates Cup is returning this summer, but it'll be a one day event instead of two, and both the men's and women's teams will be involved. Club said it will announce their opponents at another time, but promised "leading European opposition".

Who would have thought that there was ever a possibility of a North London Derby in European Supercup?

Let's not think about that possibility, alright?

Yes. Valencia will make sure of that.

There'll be a second part coming out later this week.

Did you watch it? anything interesting from there?

- They're happy with Emery and would pick him as Wenger's replacement again if they had the chance
- Emery stressed the importance of the Europa League from the beginning
- They're "very disappointed" about not qualifying for the Champions League via the league, but "very excited" for the Europa League final
- Venketasham stressed that their ambition is to win major trophies (PL and CL, basically) and outlined what needs to be improved at the club: maximising value on player sales, making "the hard decisions" on players with two years left on their contracts, ensuring there's a pathway from youth teams to senior teams, and continuing to sign "excellent" players
- Sanllehi said that the plan is to "outsmart" the transfer market
- They also mentioned that our large wage bill is an indication of spending power, but they're aware that we could be spending it more efficiently
- They stressed that any money that comes in will be made available for transfers

Apart from that, the most remarkable thing was how terrifying Sanllehi's was.

"They’re really passionate about how we can move the club forward, but they’re also realistic. They know we’re not going to go from where we are at the moment to delivering our ambition overnight"

Venky talking about the Kronke's..... so basically the same shit, different day.

I believe that with smart business, and with United under OGS and Chelsea with a transfer ban, we can, and should, improve our position next season. There's no need to rely on the Kroenkes at all.

Jay29 wrote:
- Sanllehi said that the plan is to "outsmart" the transfer market


Yeah. Don't see that happening. Not even remotely.

Jay29 wrote:I believe that with smart business, and with United under OGS and Chelsea with a transfer ban, we can, and should, improve our position next season. There's no need to rely on the Kroenkes at all.

When have we ever? 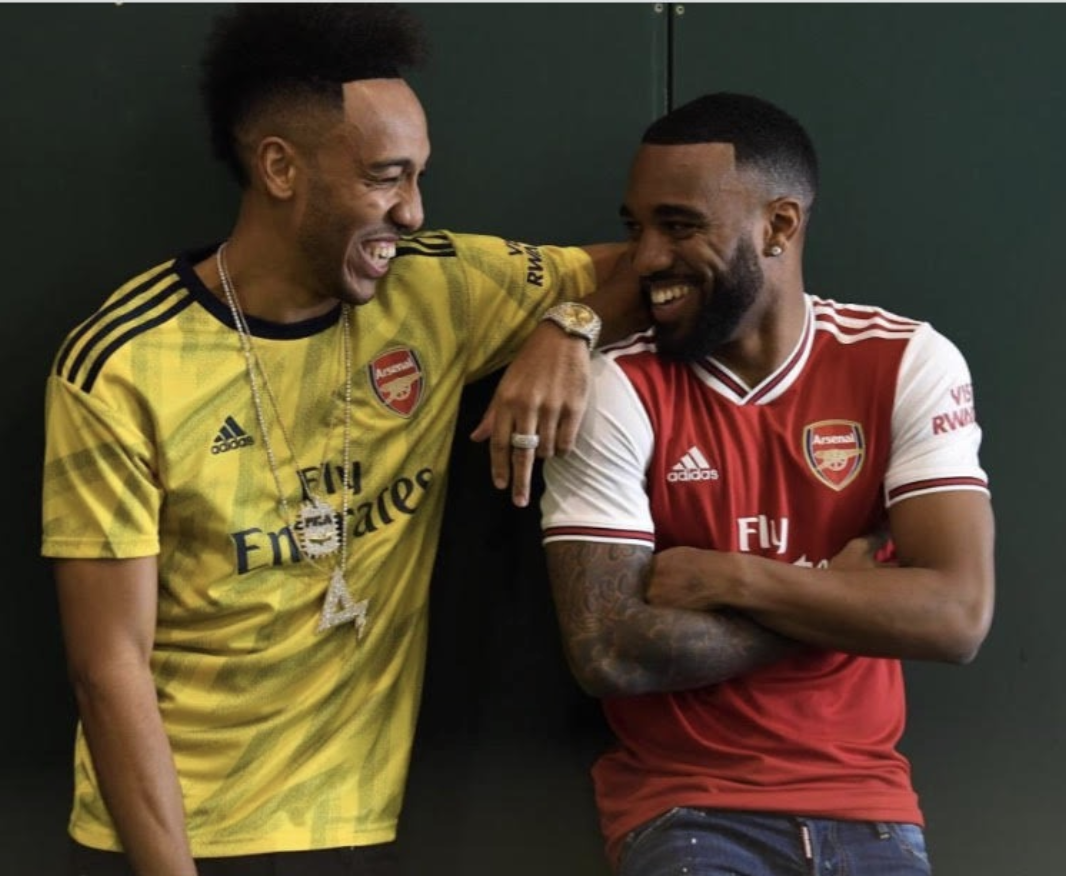 Also, part two of the Vinai/Raul interview is up. Will summarise the key points for you.

Part 2 of the interview:

- Sanllehi discussed the new management model at the club. He said that he and Gazidis drew-up a structure from scratch, and that Gazidis convinced him to join by promising to implement what they came up with.
- He talked about how they wanted a head coach instead of a manager; someone who would focus entirely on the performance of the players. He said the head coach is in charge of the short-term.
- He then talked about a Technical Director. He said he will be responsible for the long-term vision, knowing the first team inside and out, "looking after" the scouting and agents, and bringing up young talent from the academy.
- Sanllehi said that every great team in history is based on a core of academy plays. He's really stressed how important it is.
- He said the club has two areas they're focusing on in their strategy: "high performance" (optimising players, preventing injuries, getting the best performances, etc.) and analytics. He then said that the guy in charge of all this is the football operations director (who I believe is Sanllehi himself). He, along the technical director, at the top of the axis in the structure.
- Sanllehi explained that recruitment is a "process" done over the season with informal and formal meetings. They start with strengths and weaknesses of the squad, identify needs, consider injuries, bring in scouting knowledge and analytics, etc.
- Clarified that the transfer window is just for registering players - "the crystallisation of everything" - but ultimately a technicality. Talks happen all year.
- Vinai added that meetings about this summer were happening as early as October last year.
- Sanllehi quipped that deadline day is a cultural shock for him, then admitted that sometimes late deals just happen. He stressed they want to avoid it.
- He's hoping the technical director role will be filled soon. He said it's being covered at the moment, but that mid-term/long-term they really need one. They're being extra careful because it's a very important position in the structure.
- Asked if they can give any hints about transfer activity, Sanllehi said we have already identified some targets and are talking to people. He believes we have a "very good plan" to cover our weaknesses.
- Asked about how Ramsey was allowed to leave for free. He said that Ramsey wanted to say, but had "incredible offers" from other teams (as the lack of transfer fee would allow teams to offer larger salaries) and that they had to be "responsible" with how much they paid players. Admitted it was a mistake to let the contract run down and reiterated that it cannot happen again. Emphasised that they aren't blaming Ramsey at all for the situation.
- Sanllehi said Welbeck had offers last summer but he wanted to stay for the final year of his contract, and they respected his decision.
- Sanllehi had a lot of praise for the women's team.

Despite sounding like he smokes ten packs of cigarettes a day, Sanllehi had a lot more interesting things to say than Venketesham did, no doubt. My takeaway from this re: Ramsey is that the decision to let his contract run down, AND to give Ozil that big new deal, were legacies from the Wenger/Gazidis axis.

Of course, action will prove more than words, so we'll see what they'll do when we have to renew Auba, Laca, Ozil, Mkhi, etc.

Thanks for that Jay

It's still disappointing how either of them couldn't salvage the Ramsey situation but maybe it was just broken beyond repair. It's funny because it might be the first time a long serving player is leaving on such a good term while still being in his prime. I mean i wont event be surprised if he returns to Arsenal in some capacity.

They both talk with clear purpose and a plan so that is good news. Not sure why Welbeck wanted to stay for a final year but he might play some part in the EL final so it could be worth it.

Big summer for all of them. 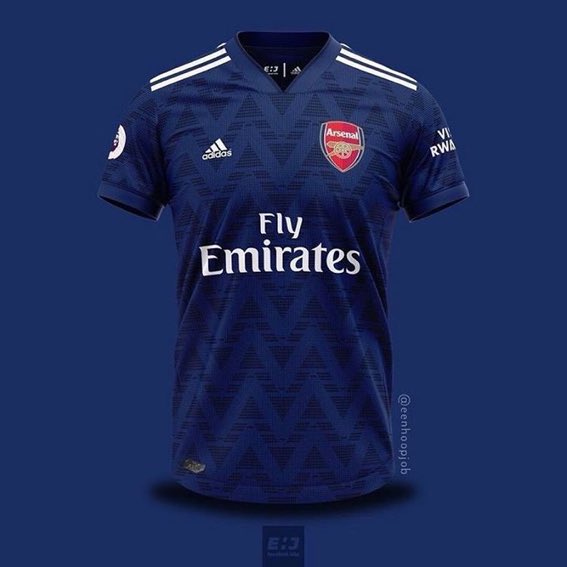 I will 99% get it if it really is true. But not sure about which name. Feels like we don't have anyone who will stay long term at Arsenal

The three stripes really make it classic look, I like it.

Antonio Reyes, our ex player passed away from car accident, one of my favorite players given how short his stay with us. What a shitty week

Page 7 of 11
Permissions in this forum:
You cannot reply to topics in this forum
Latest topics
» 2022/2023 Premier League Discussion