Santon inserted into the Nainggolan deal, which looks to be what will make it happen. 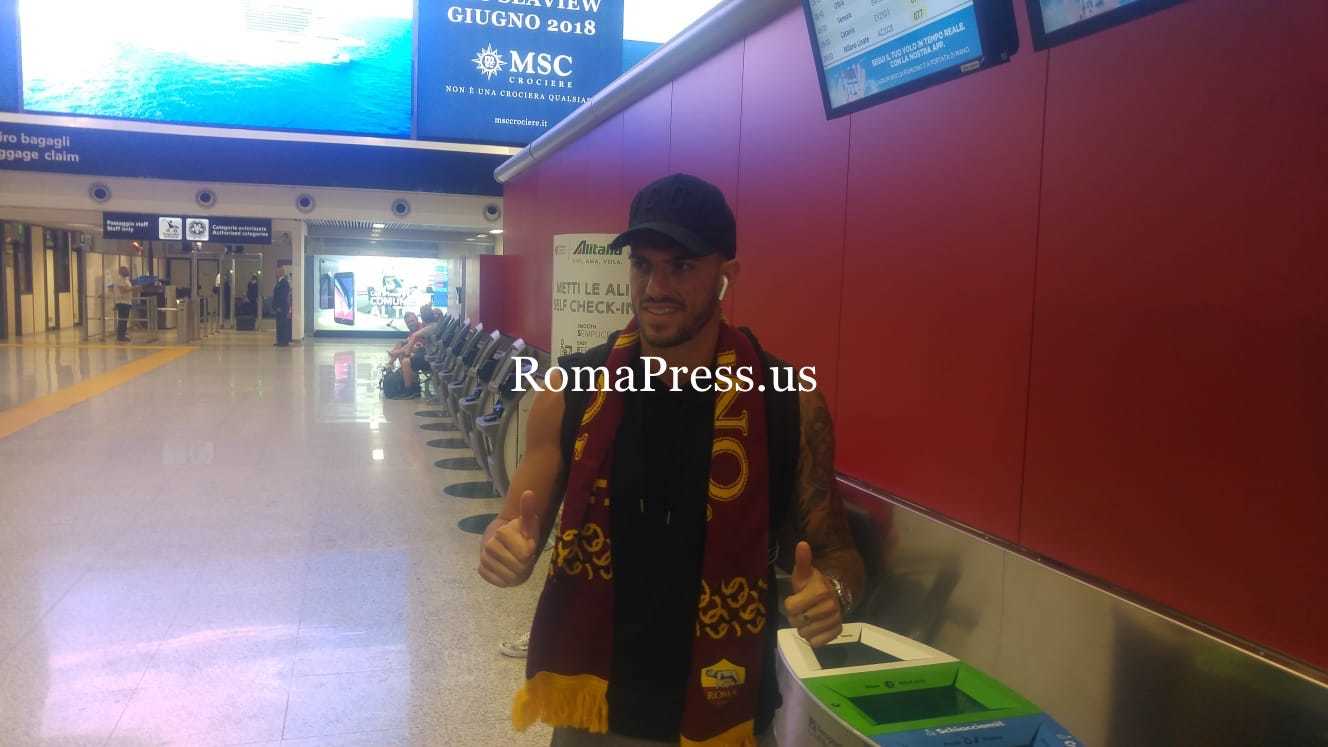 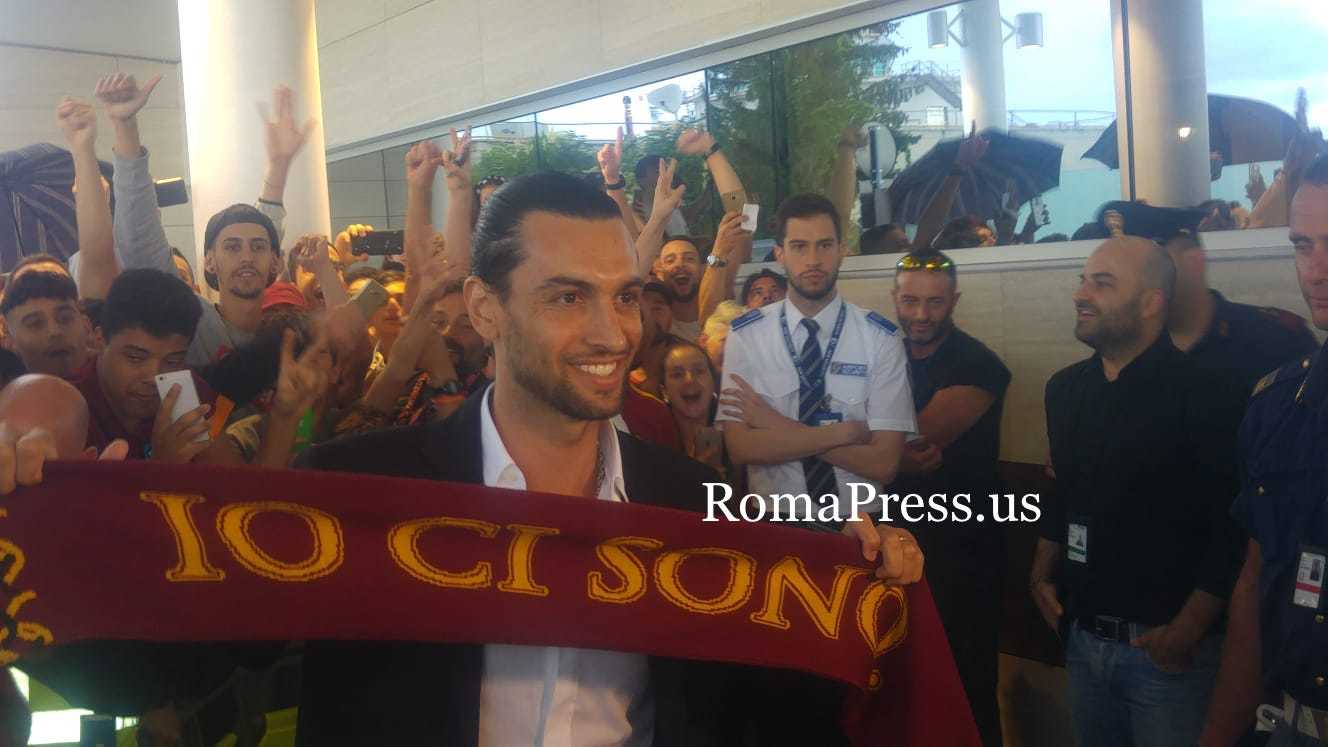 LOL so cringe. Those poor guys.

Di Marzio reporting that we're in for Hector Herrera, who will not be staying at Porto.

Calciomercato.com reporting that Hakim Ziyech has re-entered the picture. We've offered 30m to Ajax for him and a 2.5m/year contract. Both were accepted and Ajax have signed Dusan Tadic as his replacement, fueling speculation that he's coming to Rome.

@McLewis, how do you evaluate the signing of Pastore and Santon? Both

1. Haven't been regular in last couple of season
2. Had widespread injury/fitness issues
3. Withing touching distance of 30
4. Would be key components of Roma squad

I like them both quite a bit. They're redemption stories and Roma are becoming specialists in that department.

EDF seems to be returning to a 4-3-3 so Pastore will likely be competing with Coric and Cristante as one of 2 CMs (the other probably is Strootman) in front of a DM (De Rossi). I expect a fair amount of tinkering and rotation to determine who is the best fit for each role. It's wide open honestly. I like Pastore's chances though as he has more experience then any of the other midfielders we've bought.

As for Santon, I like this deal even more. People laugh at it, and for good reason, but if he stays fit and plays well, we might actually have a decent backup for Kolarov, who is a lock to retain his spot as LB, but I wouldn't be surprise if we start to see some chinks in his armor this season. Dude was a straight up tank last season and held that position all by himself. He needs a reliable backup. Santon will also need to be on the look out for young Luca Pellegrini who is coming back from an ACL tear and will be looking to make an impression. The kid is repped by Mino Raiola after all.

So in all, I think both of these guys can contribute. I'm not concerned with their age nor am I concerned with how they fared last season. It's injury/fitness that will decide how much they contribute more than anything else. They're Roma players now so they'll get the benefit of the doubt from me.

They're Roma players now so they'll get the benefit of the doubt from me.

So with Alisson out, this presents us with a few GK options going into the season considering we're probably going to sign one of Areola, Olsen or Schmeichel.

- Sign Areola on loan (since he doesn't want a permanent move) and kick this can down the road until next summer. Who knows? Maybe Rome will grow on him and we can make it permanent. I think he's unanimously the preferred option as he's seen as a proper replacement to Alisson. Just appears that he doesn't see himself in quite the same way.

- Sign Olsen or Schmeichel. Olsen resembled a brick wall in the WC so he'd be my pick out of the 2, but Schmeichel also had a fine WC and, having already won a league title, is just as intriguing though this would also mean his wages and/or transfer fee will be higher by virtue of the league he plays in.

- Stick with Mirante as our starter this season. We won a scudetto with Francesco Antonioli after all so we know all about doing great things with mediocre keepers. We had one of our finest seasons in recent memory with Morgan De Sanctis in goal and he was closer to 40. Mirante is not the sexy option by any stretch, but he's a safe pair of hands for sure and would cost us nothing more than we've already paid for him.

As for some of the other news:

It seems the other position Monchi seems intent on strengthening is the wing. The 4 names mooted are: Berardi, Malcolm, Suso and Chiesa

Of those 4, I'd say Berardi is probably the most straightforward to get.

Malcolm may be keen given Everton aren't exactly in the best place right now and he has doubts about that move as well as factoring in that Inter are hesitating on pulling the trigger to buy him.

Milan are hard up for money so Suso, once considered very difficult to get, is now instantly more attainable.

Hardest of all? Chiesa for sure. Napoli offered 50m plus 2 players and still got turned down. Dalla Valle wants top dollar for the kid and is in no hurry to sell him. This would be a proper saga if we weren't already halfway through the summer.

The full quote is more explicit than that. He straight up said that Malcom was a possibility.

The Giallorossi have accepted a €75m bid from the Reds for the Brazilian, who will become the most expensive goalkeeper in history.

Alphonse Areola, Jesper Cillesssen and Olsen are believed to be the targets to replace him, and Il Tempo’s Alessandro Austini reports that the latter’s agent is in the capital.

Sporting director Monchi is looking to replace Alisson with a solid if not phenomenal ‘keeper, so the money from the sale can be used elsewhere.

SportItalia claims Gianluigi Donnarumma was offered to the Lupi, but they were put off by his €6m per season wages.

Would go for Cillessen. If Areola has a great season Roma will receive big offers because of his age, then you'll have to find someone else (again)

Cillessen on the other side, he could be a stater for many years, he might be looking for a stable job at 28. I've always believed Cillessen is a solid keeper.

Olsen's the top target and Copenhagen want 16-17m for him which is much cheaper, but still more than we want to pay.

Problem is, everyone now knows we're flush with cash so all of a sudden every keeper we want is much more expensive. As far as Olsen/Copenhagen go, if they don't lower their price, we could potentially turn back to PSG and Areola, who only wants a loan. That could work for him, us and PSG in the short term.

Subs: Under, Schick, Pellegrini, Kluivert, Coric etc
Not bad tbh. They'll also have a deeper bench this time round. Atleast on paper they look alright but they've made wholesale changes so it depends on whether EDF can put everything into place and get things right.

Yeah I'm liking the depth alot and on paper, we have the quality. So many new pieces though, as its often the case. It would not surprise me if we have a rough start to the season as everyone will need time to acclimate to EDF's tactics.

With Malcolm coming in, I think 1 or even 2 of the current wingers may go. Perotti and Defrel are most likely.

Massive, massive disrespect for Under @S

Perotti/SES were simply too inconsistent. Both popped up at crucial times for us though at least.

As for Defrel, I was rooting for him, despite his price tag. Just didn't work out. Monchi's Ibarbo/Doumbia for sure. It's signings like this that we absolutely can't make if we want to do better than we currently have.

Subs: Under, Schick, Pellegrini, Kluivert, Coric etc
Not bad tbh. They'll also have a deeper bench this time round. Atleast on paper they look alright but they've made wholesale changes so it depends on whether EDF can put everything into place and get things right.

thats a better team than liverpools

That's a good core of u-23 talents

Even if half of the players from that list turn out to be good/great , it could bode well for Roma both from a sporting and financial perspective

It's basically going to be a transitional season for them but they still should be  making top 4 comfortably imo.

Yup, Top 4 needs to be the core objective domestically and getting out of the CL group the continental goal. That's really it.

They have the talent to be top 4 but it's never easy when you're relying on a lot of new, young players and when you consider that Alisson and Nainggolan were two of Roma's best and main players.

Still, if for no other reason that Lazio and Milan have not improved in any way, I like Roma for being in the top four, falling out would be a big failure

Yeah I mean EDF took arguably a largely Spaletti/Sabatini team to the CL semis. The real test for him now is can he make another deep run with a team that is now completely his? I really don't know.

Another player to lookout for is Luca Pellegrini (no relation to Lorenzo, but is a Mino Raiola player) at LB. Exciting young full-back. Lots of pace, crossing ability and is a good dribbler. Recovering from a torn ACL that kept him out last season.