Ivan Marcano from Porto (hopefully the Spanish Kolarov) for 3m.

Bryan Cristante from Atalanta for 5m initial loan with 25m obligation to buy.

Justin Kluivert from Ajax for 17.5m.

Antonio Mirante from Bologna for 4m.

Javier Pastore from PSG for 24m.

Davide Santon from Inter as part of Nainggolan deal.

Nicolo Zaniolo from Inter as part of Nainggolan deal.

William Bianda from Lens for 4m.

Daniel Fuzato from Palmeiras for 500K

Robin Olsen - His agent is in Rome to begin negotiations. Copenhagen want 17m for him. Monchi is trying to lower this price to around 10-12m.

Malcolm - Everton have exited the deal so he's now agreed terms with us. We've offered Bordeaux 35m + bonuses. The feeling is the meeting was a positive one. Awaiting Bordeaux's official response.

Domenico Berardi - Sassuolo want 30m and we're balking at it.

Suso - Monchi likes him a lot. Milan need cash so this puts us in a good position for him. No details on asking price.

Kasper Schmeichel - Also impressed at the WC. Not sure about price, but he's a PL player so his wages are going to be high.

Jasper Cillessen - Barca want 50m so that's put us off.

Federico Chiesa - Allegedly, we offered SES + 40m and Fiorentina turned it down. Napoli also tried, offering 50m and 2 players, but were rejected as well. The current plan from Monchi is to insert Defrel into the deal as Viola coach sees more usefulness in him than SES, who is more expensive. Very difficult deal.

Bruno Peres - Has returned to Brazil with Sao Paulo on an initial 18 month loan worth 1.4m, with 6m option to buy.

Sadiq - on loan at Rangers.

Alisson - Sold to Liverpool for 75m.

Capradossi - Has joined Spezia on loan for the season. They do have an option to buy.

Ponce - Joins AEK Athens on loan with obligation to buy.

Gerson - Joins Fiorentina on loan for the season. No option to buy.

Defrel - His arrival at Samp is considered imminent according to Di Marzio.

Castan - Cagliari and Frosinone are interested in signing him.

Perotti - Valencia and Villarreal are interested, but he prefers to finish out his time in Rome and then return to Boca Juniors. Whether the club will allow him to do this remains to be seen.

Verde - Agent his negotiating with Porto.

Antonucci - Appears to be joining Pescara per Di Marzio.

Fan of the title

How many of the rumoured departures do you think you will keep?

I added a couple more, but of all of them, I think we're most likely to keep Alisson or Skorupski, but I highly doubt we lose or keep both. One is unlikely to go unless our price is met and the other doesn't want to be no.2 again for another season nor should he. He's a perfectly capable keeper who should be starting at other clubs.

We'll probably hang onto Strootman given the mutual loyalty so it would take a massive offer to turn our heads on him. Would have to be more than what we paid for him. If he does go, Pellegrini definitely stays.

Everyone else, it's pretty much a possibility if the right offers come in.

Lewis, what exactly is Roma's issue with FFP? Could google it but I feel you'll be more intimate with the issue.

Still residual impact from our financial problems pre-American ownership and even during the first couple of years, we were finishing FYs at a loss, which did us no favors with FFP. Next season is expected to be the last season (hopefully) for it, but I'm not holding my breath. We need more of these new signings from last season and from whoever we bring in this season to come good so we can make another deep CL run.

The CL money as well as the Qatar Airways (official front sponsor) and Hyundai (rumored sponsor on the back of our kits) money should help offset that as well. Building the stadium will really set us on our way though, but at this point, I'll win the lottery before it gets built....and I never play the lottery.

Strootman and Pellegrini have 45M and 25M release clauses respectively. I think the latter is more likely to move than the former, especially with the Cristante arrival only limiting his appearances further.

Meret is a fantastic goalkeeping prospect, I would be jealous if Roma were to sign him. It only makes sense with an Alisson exit though (or else he is wasted as a #2)

Yup, and the thing is I don't think Strootman is quite as valuable as his release clause says he is right now. Amazing guy, was great to see him fully fit for a season, and I love him to pieces, but if someone triggers that clause, they're not buying the Strootman we got from PSV. That's not his fault. Garcia used him in a much more dynamic way than EDF has and its limited his influence offensively while exposing his limitations defensively.

As for Pellegrini, yeah he could go at virtually any time. Like Stroots, he just didn't appear to be the same player he was for his previous club, despite having the same coach. Needs a breakout season for us to raise that release clause. Otherwise, he's a future Juve player at some point.

Actually, Strootman's release clause has dropped to 32M as of June

He's 28, not a great injury record but at 32M that's very sensible in today's market. I really thought Juve was going to sign him last summer @45M but we ended up with Matuidi instead. I don't think we'll be back in for a midfielder of his type after the Can signing (whew?)

Hmm interesting. Well that certainly puts him on the list of possible departures then. That's if we're serious about changing up the midfield though. I don't believe that's an area Monchi will put much focus on. It's wingers and full-backs that we need atm.

Updated some stuff in my OP.

Cristante has flown in for the medical and contract signing. Current reporting from Sky Italia says deal is 30m, including bonuses plus Marco Tumminello going in the other direction, with a buyback clause inserted.

This, along with the arrival of Ante Coric, is probably going to mean one of Strootman or Nainggolan will almost certainly leave to appease FFP and make room in the squad.

Also - Bruno Peres to Torino looks to be done. 1m loan with 7m obligation to buy.

Can't help, but think 30m is too much, but he's been quite good for Atalanta so I just hope we've signed that player and not an imposter. This may even help Pellegrini break out, especially if Stroots or Ninja end up leaving.

Giving hope to all of us shitty photoshoppers

da real MVP is behind that social media account.

Balza on point as always:

Updates: Kluivert offer is now up to 18m. Waiting on Ajax. I expect they'll reject it again and hold out for at least 20.

We're back in Berardi, whose entourage was spotted at Trigoria for a meeting with Monchi. 25m is the price tag. He could be seen as an alternative to Kluivert and/or Ziyech.

Inter have joined us in pursuing Cristiano Piccini.

El Shaarawy is wanted in China by Guangzhou and Heibei.

Roma seem to be buying players with decent price-tag but who aren't really proven. Is it that the inflationary effect has made 20m a benchmark even for promising players or is it that the players you have mentioned (rumored/signed) are actually quite good.

A bit of both honestly. Inflation's part of the game now, the activity of the biggest clubs buying the biggest players for obscene amounts of money has certainly had a knock-on effect for everyone else, as expected. That said, the players we're signing are in line with the project's core objective since the Americans bought us, which is to sign young stars and build a competitive team around them.

It was once said that "we're signing the best players in the world, they're just younger."Pjanic and Lamela fit that mold as did Strootman and Manolas after them. It continues with Alisson, Under, Schick, Coric and Cristante. These are players expected to be future world beaters. They may not get to the level of Dembele, Mbappe, Asensio, Sane, etc, but they're likely to be in those general discussions, which enhances the Roma brand and draws more youngsters, continuing the cycle.


Reminds me of when you signed for Torino last summer 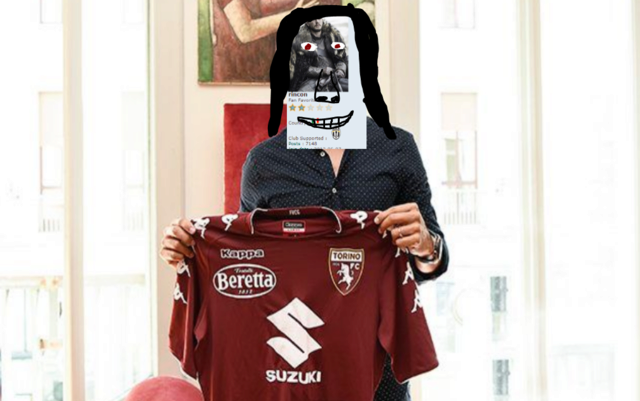 One of my best career moves

- Inter will have to pay 40m for Nainggolan.
- Chelsea have joined Juve and Inter in race for Florenzi. Negotiations are not going well. He wants 4m/year. Club says no.
- Marseille are interested in Juan Jesus. We want 12m for him. 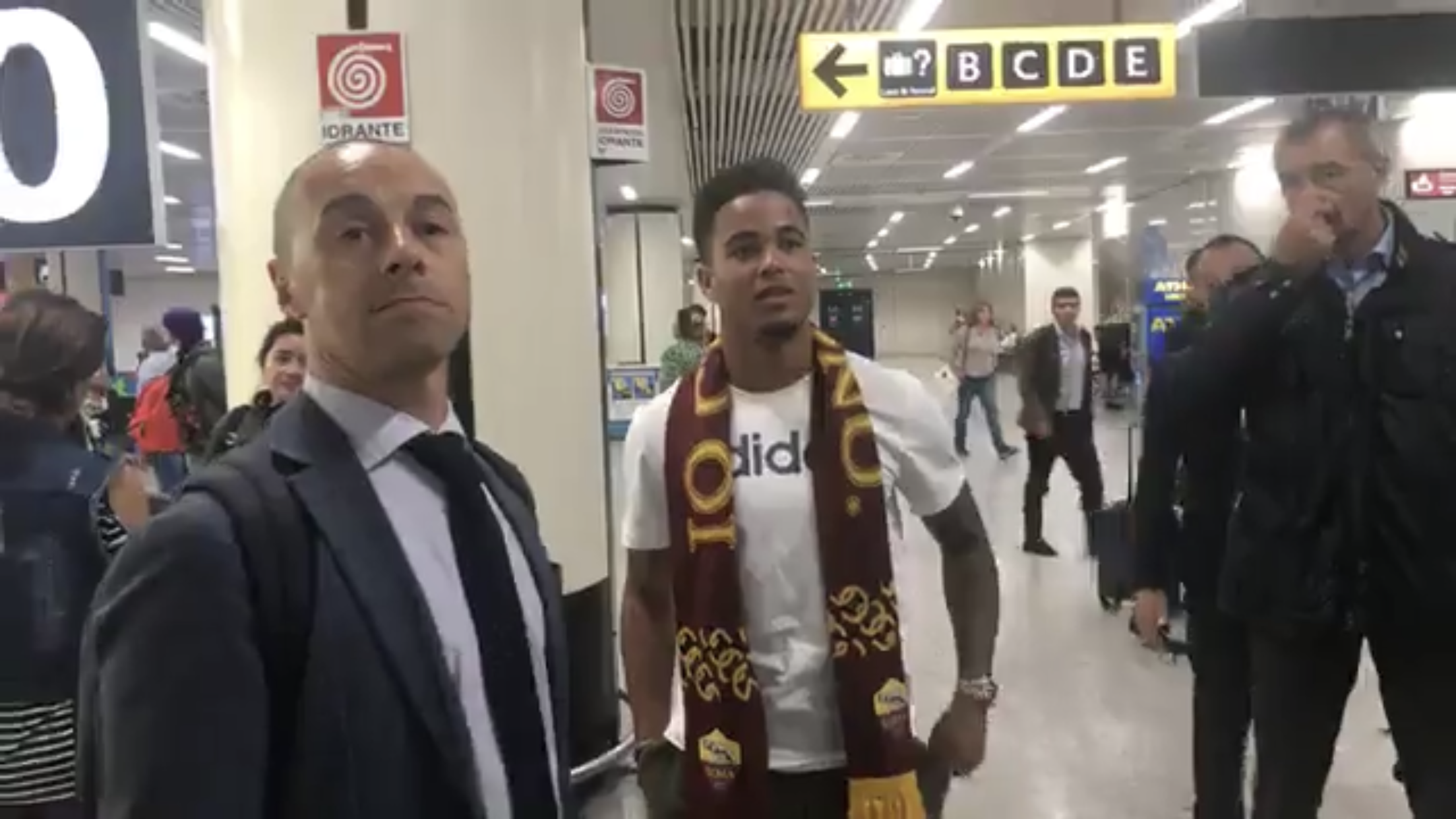 Still not sure about this kid, but here we go.

Should try to sign Bruno Fernandes as Nainggolan’s replacement, that would be incredible business.

Meanwhile Arsenal spend a month to announce a player because of these photos and marketing schemes.