It's that time of the year again.

Let us waste our next 4 months discussing about players we probably won't sign!

Must keep him, hope he stays.

Southampton are preparing themselves for a bid from Arsenal for defender Dejan Lovren.

The classy Croatian has made a massive impression in his first season in the Premier League and the Gunners and Liverpool are leading the race for him.

Hmmm. I don't know if I'd put much weight behind the Lovren report, but if Arsenal are indeed looking at a player like him (cost surely over £10m; young-ish but in his prime, not raw; coming off a very good season), then we can say goodbye to Vermaelen, I suppose.

Lovren would make a good signing if Vermaelen bails.

Guys we have just been linked with Tom Cleverley.

Here is the article RG is referencing -

Hmm, where have we heard some of this before?

"£70m-plus to spend this summer and is determined to spend big."

"The Frenchman accepts his squad needs strengthening in several areas as he look to bring in a big name striker, new right back, midfield general, wide player and new keeper."

It's hilarious that the same £70m figure each summer returns, over and over. As has been pointed out, a number like £70 million is huge for most clubs, and would be huge for Arsenal, but compared to most of Arsenal's rivals, is often routine, or even small ...

If Wenger does stay, I just hope he's ruthless and proactive and actually does manage to usher in a final spell of glory before he eventually leaves the club.

Cleverley + Salomon Kalou + Dmytro Chygrynskiy for a combined bill that will be way too low for the summer's transfer expenditure, and way too high for those particular players.

(Just keeping expectations low so that when le Boss signs Benzema, Griezmann, Bender, and Stones it will feel even better.

Well yes. A player going from Manchester to Arsenal? It's supposed to go the OTHER way.

Well yes.  A player going from Manchester to Arsenal?  It's supposed to go the OTHER way. 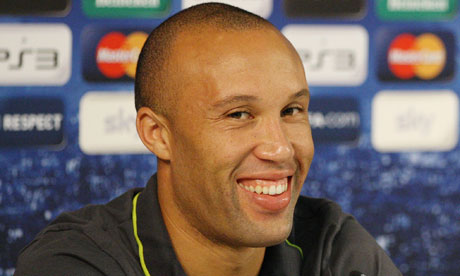 Calum Chambers, the Southampton right-back, is among Arsenal’s list of summer transfer targets as Arsène Wenger accelerates his plans ahead of the possible departure of Bacary Sagna.

Although Arsenal are now ready to stretch to a new three-year deal for Sagna, who will be out of contract in June, the 31-year-old has made no decision on his future amid competing interest from Manchester City, Galatasaray and Paris St-Germain.

Arsenal scouts were already monitoring Chambers but have intensified their interest over recent weeks in a player who would further enhance the core of young British players in the squad.

At only 19, Chambers has graduated through the Southampton academy with left-back Luke Shaw, who is increasingly likely to be sold this summer to Manchester United or Chelsea for around £30 million.

Chambers is less experienced than Shaw but this has been his breakthrough season in senior football and he has played in 21 Premier League games for Southampton while also captaining the England Under-19 team.

In an interview last week with the Telegraph, Chambers described Southampton as “the perfect place to be” and there is an argument that he would still benefit from another season of regular Premier League football at St Mary’s. Chambers also agreed a new contract last summer that commits him to the club until 2017.

Southampton’s financial position, however, does need realigning after their spending over the past three years. Their most recent accounts, published last month, showed that they still owed £27 million in transfer fees as well as £30 million for the new training ground.

Arsenal could potentially also offer immediate first-team football, although Sagna could yet stay and Carl Jenkinson will be hoping to compete for the right-back role. Jenkinson, though, is more likely to go out on loan for a season and Wenger has repeatedly proved that he would have no compunction about regularly starting a teenager if he believes that they are ready.

As well as right-back, Wenger’s focus this summer is central midfield and at least one, and possibly two, additional strikers. A renewed bid for Lars Bender, the Bayer Leverkusen holding midfielder, can be expected after a £20  million offer was rejected last summer.

Hamburg midfielder Hakan Calhanoglu is another player who Arsenal are now monitoring, with Álvaro Morata, Josep Drmic, Mario Mandzukic, Julian Draxler and Karim Benzema all on the longlist of striker targets.

Wenger’s summer planning is a further sign that he does still plan to extend his own contract, although his mood will clearly be shaped by whether he can now lead the club to what would be a fifth FA Cup and an 18th consecutive top-four finish.

Fear not, according to The Times Roberto Martinez wants Cleverley.

Anyway, Welbeck and Cleverley BOTH leaving is not happening. We like to have players from the academy in our squad.

They both wanted to leave because of Moyes, they're more inclined to stay now.

Must keep him, hope he stays.

Ok so it will be hard to get the ball back, but while we have it, well the scoreboard attendant will have fun.

Reus and Benzema would cost us over 100m, we only have 70m to spend.

Madrid wont sell Benzema anything less than 40m, and if he does become available I am sure we would get outbid again by mega rich clubs like Napoli.

Suarez is not leaving Liverpool anyways, especially if they win the league.

I never understand some arsenal fans suggesting to sell/replace Podolski .

Knowing our luck this will be the rumour that comes true, Podolski to leave and Cleverly to come in.

Knowing our luck this will be the rumour that comes true, Podolski to leave and Cleverly to come in.

Today at 3:11 am by Beautiful Football