I always considered Igby Goes Down to be the closest we'll ever get to an actual Catcher in the Rye Movie.

WHAT A *bleep* MOVIE

Had my on the edge of my seat for all the time. Wow Wow. So goooooood.


And jesus, just how sexy is Jude Law....I almost got a boner

WHAT A *bleep* MOVIE

Had my on the edge of my seat for all the time. Wow Wow. So goooooood.


And jesus, just how sexy is Jude Law....I almost got a boner

Posted about it in here before.

It's one of those awesome very under the radar movies. I really really loved it. Also kept me on the edge of my seat throughout. Matt Damon and Jude Law, especially the latter were just BOSS!

Watched Thor 2. Pretty good. Really enjoyed it. Would say it was better than The Wolverine.

However i have no idea where they are spinning the story with the Collector, Thanos and Ultron.

Bobby Fischer: Against the World

Bobby, what a player

@BarrileteCosmico wrote:Dallas Buyers Club is really worth a watch if you guys appreciate great acting

I plan on checking it out eventually. Does Mcconaughey kill it? He's on one hell of a roll the past couple of years. I always thought he was a talentless hack who could only make cheesy action flicks and romance movies. He could be one of the GOAT if he keeps this up.

I'll muster up the courage it see it this weekend.

I very much would like to have sex with Alexis.

I understood each segment of the movie much better, but still don't know how they're intertwined.

They made Rhino a mech and Harry Osbourne is going to be Goblin as zooming in you can see that is Dane DeHaan on the glider and not Chris Cooper. Well, that escalated quickly.

Zac Snyder wrote:Wonder Woman is arguably one of the most powerful female characters of all time and a fan favorite in the DC Universe. Not only is Gal an amazing actress, but she also has that magical quality that makes her perfect for the role. We look forward to audiences discovering Gal in the first feature film incarnation of this beloved character

Spiderman 2 Synopsis wrote:We’ve always known that Spider-Man’s most important battle has been within himself: the struggle between the ordinary obligations of Peter Parker and the extraordinary responsibilities of Spider-Man. But in The Amazing Spider-Man 2, Peter Parker finds that a greater conflict lies ahead.

It’s great to be Spider-Man (Andrew Garfield). For Peter Parker, there’s no feeling quite like swinging between skyscrapers, embracing being the hero, and spending time with Gwen (Emma Stone). But being Spider-Man comes at a price: only Spider-Man can protect his fellow New Yorkers from the formidable villains that threaten the city. With the emergence of Electro (Jamie Foxx), Peter must confront a foe far more powerful than he. And as his old friend, Harry Osborn (Dane DeHaan), returns, Peter comes to realize that all of his enemies have one thing in common: OsCorp.

I hope she bulks up a bit, still a shame Jamie Alexander can't do the part because she's perfect for the role. 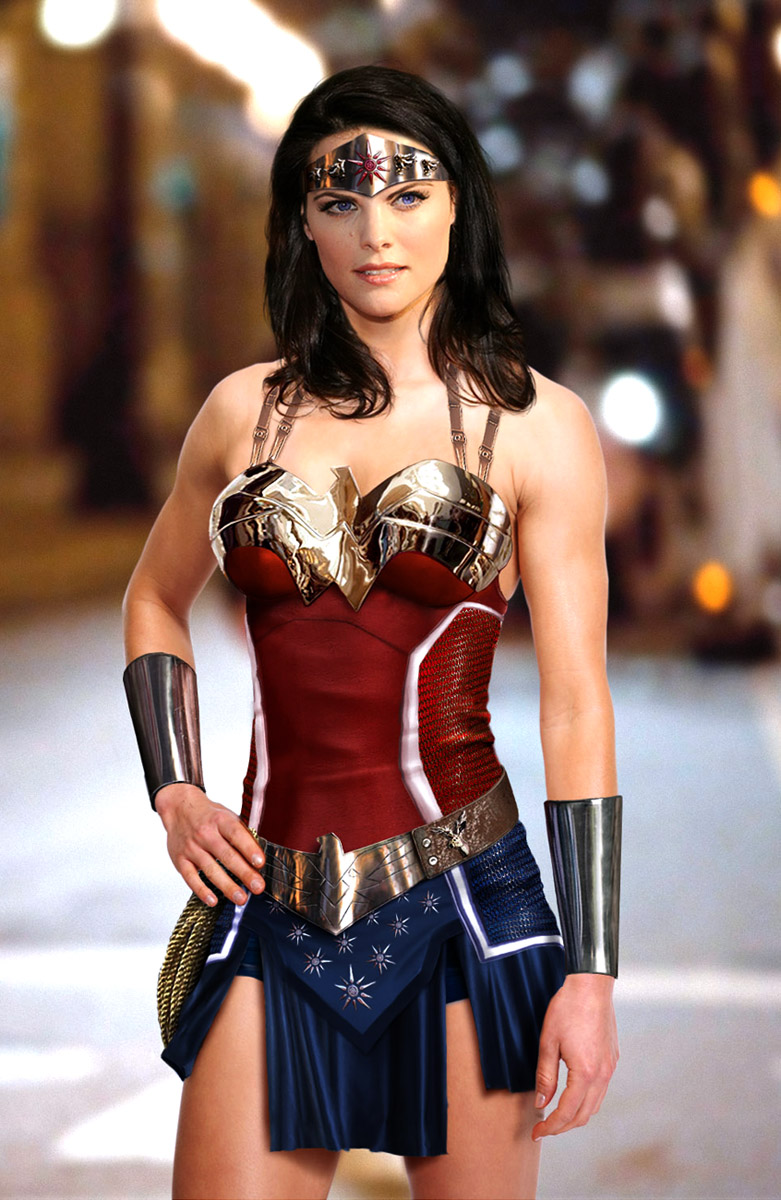 @Freeza wrote:Just watched Prisoners :shock:What a movie ffs, one of the two best movies this year so far, the other one being Gravity.
The performances were amazing, Jake Gyllenhaal, Hugh Jackman, Paul Dano

I just watched it now.

Absolutely amazing film. Hugh Jackman and Jake Gyllenhaal, bow down you beauties.
This film is easily up there with the best movies this year. 8.5/10 I strongly recommend it to all of you.

The skinny part really isn't the problem tbh, it's easy to bulk up for actors, as they have a lot of time and a lot of money. The only thing I'm worried about is the acting, I don't really know any of Gal Gadot's work besides fast five. But I hope she does well, since Wonder Woman is one of my favorite superheroes, and one of my favourite comic books.
Jaimie Alexander would have been perfect though... Shame she didn't get it. Would be sad if Marvel blocked her, when she only has a minor role in Thor.

Easy for actors to bulk up.
I really haven't seen an instance where a woman completely goes Hemsworth, Evans, Jackman, Cavil for a movie role.

I hope she does bulk up even if the slightest.

They best not ruin the movie with involving so many characters. Hopefully Nolan has a huge influence on the movie.

They best not ruin the movie with involving so many characters. Hopefully Nolan has a huge influence on the movie.

My bet is that it will have a slight cameo from Wonder Woman, like Nick Fury in Iron Man, or something like that. Anything else wouldn't make sense tbh. They're feeling the pressure from Marvel, but imo they need to pace themselves, the superhero market in films isn't going anywhere at the moment. The best option they have is to make some quality.

They don't want to do a Wonder Woman movie which they really should. I mean Marvel are bringing out movie after movie. It doesn't matter if it's crappy storyline. If there is good CGI in it and action stunts. It will sell well. Wonder Woman would also be very popular among the female fanbase.

Flash movie is coming in 2016, Justice League movie coming out in 2017. That's some really poor timing. Avengers 3 will be out by then

But why is Harry Osborn looking like a druggie lol? Also they didn't show Mary Jane(i think). Might have a very minor role or something.

Watched Thor on the weekend, I thought it was pretty good and funny way better than 1st one.

Fecking hell, just watch the movie. My personal favourite so far this year. I'll edit this post later on by saying more.

Prisoners is about a man's young daughter being kidnapped, and basically how the man copes with this and how far he'd go to get his daughter back. The movie stems from great performances by Hugh Jackman, Jake Gyllenhaal and a psycho Paul Dano (which doesn't talk a lot). I always liked Dano. He was very good in There Will Be Blood, but of course largely overshadowed by D.D. Lewis.
Anyway, Jackman was on another level. He played the father. And he was just intense throughout. He'll definitely get an Oscar nomination for this performance.

X-Men director Bryan Singer has suggested that a film featuring villain Apocalypse will hit screens in 2016: