Its just time for Arteta to go away and he can take some of these kids with him.

Maybe the international break will give Arteta the chance to review his tactics. His future depends entirely on whether he wants to swear by this boring 3-4-3 and playing his best player out of position to fit in inferior players.

Absolutely nobody at the club can watch this and think "yeah, this is just part of the project, we'll get there eventually". The attack has gone down a black hole, sacrificed for defensive stability. Literally the tactics of a team fighting relegation, not trying to get into Europe.

@6unner wrote:Its just time for Arteta to go away and he can take some of these kids with him.

That’s a bit of an overreaction imo. Arteta has added plenty of good things to this team since he took over and one admittedly unbelievably shit performance does not change that. Having 3 at the back does cover up defensive frailties and seems to work well enough against the bigger clubs, but obviously it’s not what our standard tactic should be and Arteta now needs to prove that he has tactical versatility.

I think personally that we need to move to having a flat 3 in the middle with Partey and Ceballos both in there and given license to go forward at times while maintaining a bit more security in front of the back line, and put PEA in the middle with true wingers next to him instead of constantly shoehorning players into a system that doesn’t play to their strengths. We could also try playing Willian as a CAM in the absence of Ozil if we were to have 2 players sitting deeper behind him...people seemed to talk about this option a lot before he was signed but we haven’t seen it at all have we? He sure as hell is not thriving out wide in our current system.

Is no one going to talk about the bust up between Luiz and Ceballos?

Ceballos denied it on Twitter after the Ornacle posted about the fight, calling it fake, then Arteta himself said that a bust up happened.

Not to blow this out of proportions cause this crap happens, but what is going on with this club? 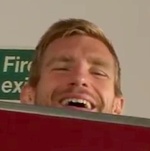 Ceballos is a known villain so not surprised if true.

Leeds should be out of sight really
Totally outplayed

what a shit club

Ceballos needs to fuck off out of Arsenal. After his notorious comments to which still barely get attention I will never not hate him and not surprised he is turning out to be a toxic presence in the locker room the cockroach.

Is it just me or our general play (albeit being totally pathetic) is a just a little bit better when Xhaka is not playing???

This is just sad

I just do not see the club replacing him until after fans get back in the stands. SO my guess is that he starts next season.

And Artetta actually said that Ozil was not good enough to be in the team.

@Sina wrote:Enough is enough
Arteta is opposite of what i expected him to be
Definitely need a new head coach next season regardless of results

Seriously, what has caused him to regress so badly, the whole team?! What we saw in the beginning few months has just evaporated. Its the same as Unai Emery's reign, started off amazing, then just fucking regressed.

Our passing and flow has become so average, its embarrassing

Thank god i kept sleeping instead of waking up for the match. Ozil's issue is definitely something other than what has been claimed. The quality put up in the team has lost 5 matches out of 10. I really think I can play as a midfielder in the team as others arent doing a job at all. Why cant Ozil? If he creates two good passes per match that would be an upgrade over anyone else.

Secondly I am all up for not extending anyones contract anymore. In the last 5 10 years whoever gets a new contract shows us a new low of his.

We are getting easier to beat by the day. Its very obvious how to get goals against us and also how to stop us from scoring. Until that issue is addressed we are doomed. The only thing that can save us is arteta growing some balls and start giving ozil treatment to all the team.

I would drop Aubameyang and that bum Willian next match.

Ozil not going solve anything, we need a least 11 new players to compete. Arteta is the right man, we need give him time and the players.

only time will tell if Arteta is the right man for the job, he could easily not be because this is his first managing gig. But what's the point in firing him now or later this season only to rinse, repeat with another manager? If a top, top coach was available it would be another case, but they're not (don't mention Poch to me, overrated, and Allegri can't speak English, and he'll only be annoyed by the diva players we have, so that's already a red flag to me)


Simple truth is - we're a broken football club - and i say this with no hyperbole. We need to realise this truth. We lack strong leadership on and off the pitch. The situation with the board for the last 5 years is only symbolism for that. William Gallas February 08, Fabregas leaving, van Pissy leaving, all of it - symbolism for this club's brokenness. Wenger was the glue for a long time, but even that firm grip grew so old that it expired.

We might even be cursed - whether that curse comes with Stan Kroenke or moving to the Emirates i do not know. Curses wear off over time, so don't despair (i know some of you don't believe in such stuff, but that's okay too). The curse might wear off once KSE decides to sell us, who really knows. The only silver lining in all of this is that we remain a club of high value in a high value city.

We lack very good quality in many positions still, but i think its quite obvious to point out that in the next few windows the priority should be attacking/creating midfielders. For now this is our best team imo.

First of all, currently, our wingers/outside forwards are DEAD DEAD DEAD DEAD. There is no hope at all. Can't create, we have no cross game whatsoever, movement is slow and dire in that formation.

At least with Tierney and Bellerin they can make something happen every now and then. They're far from perfect wing backs, but they try every now and then, and that's better than DEAD wingers that just pass the ball sideways, backwards, or cross the ball to the opposition in the box.

Auba and Martinelli will then need to play like Henry and Bergkamp. Be dynamic, drop short when you need to, run the channels, occupy the box when the wingbacks are ready to cross. Same for the midfielders, we need to be braver to commit bodies forward, goals win you games at the end. Partey and Gabriel are smart, fast and physical enough to anchor us defensively against counter attacks. We might still concede here and there, but i MAINTAIN, goals win you games, it's risk and reward, we need to be a whole lot braver than this pathetic ball we're playing at the moment.

Willock and ESR can be backup to Ceballos and Saka. Pepe might do better in a two upfront role as well, if he doesn't he is a lost cause. Nelson could also slot in there if need be he has the raw skills. I'm done with Nketiah and Lacazette!

No 1 : Lack of confidence in the team
No 2 : Too many individual mistakes
No 3 : Team has not yet gelled due the first two

When people say that arsenal need to sign a creative midfielder etc i don't agree with that. Modern football has changed. Most of the top teams don't really play with an out and out creative midfield player these days.

Bad form has contributed to this bad run. I am positive this bad run of form will soon end and arsenal will be winning matches soon.

A victory at spurs would kick start the season

@Raptorgunner wrote:I would drop Aubameyang and that bum Willian next match.

Ozil not going solve anything, we need a least 11 new players to compete.  Arteta is the right man, we need give him time and the players.

I don't know whether or not you're right in saying that Arteta is the right man for the job, but it's refreshing to see one person who doesn't boil down the team's results to the manager's assumed lack of ability, and vice-versa. Arteta was showered with praise on here, back when the team was playing well and results were going their way for a brief while. Even Hans was on the Arteta train, if I'm not mistaken.

The way I see it, a successful team needs the right players AND the right team composition. For whatever reason, many of the top teams don't have that luxury these days, and the manager can only do so much with players who either aren't good enough, don't fit the system they desire to play with it, or aren't motivated to be competitive.

The "man management" trait has frequently been associated with, or arbitrarily applied to successful managers on here over the past decade, but I personally don't think there's much one can do to motivate players who realize that transfers are necessary to reach the next stage. Effort can only take you so far in compensating for a lack of quality, and I don't honestly believe that there's a single manager out there who has the god-given talent to motivate any given team to pull in the same direction, regardless of the circumstances.

It makes more sense that they create that motivation or synergy by acquiring a group of players that are good enough to keep everyone happy with their surroundings. If anything motivates, it's an environment where no one feels that they always have to compensate for someone else on the team. Such an environment will never bring sustainable success.

I agree successful team needs the right players, we just need right leader.
Arsenal have not any leaders in over a decade.

I don't know why any player that comes to Arsenal automatically turns soft.

Did Arsenal's form make Jay go into hiatus? hope he is okay

Page 14 of 33
Permissions in this forum:
You cannot reply to topics in this forum
Latest topics
» Israel (are the most brainwashed people on earth) vs Palestina

Today at 9:08 pm by BarrileteCosmico