Luca wrote:Anyone else feel like this is going to be an especially busy summer?

From august 2017 to until the Spurs duel... i thought we were good for another year with the old guard. Sell dead wood, buy Sergej or Jorginho and close the books, that was my mind. Maybe some Darmian, Cristante as minor operations but nothing more. I thought next year would be our peak, the one we have the best suited squad for Champions League, because our board decisions went that way and they seem to share this view.

Now i believe otherwise. We need a better midfield (at least 2), better full backs, a back-up striker, and a replacement for Buffon. Busy summer incoming imo.

In fairness, we do already have Spinazzola/Caldara returning and if we sure up a deal for Darmian (since he's rumoured), and Howedes, then that's basically the defence sorted (basically).

In attack, if Mandzukic leaves then of course we need a vice-Higuain, our moves will be reactive- only someone signed, if someone is leaving.

Midfield is the most interesting piece of the puzzle, even a player like Bentancur possibly moving out on loan will impact our midfield

We are not an oil club as Man City and we must invest wisely. It makes things interesting.

i think this would be realistic, cheap, good quality and no need to sell someone. Problem solved for at least 1 year ?

CM: i hope for Sergej as top tier signing and i expect Emre Can as second tier signing. Sandro's probable departure could help get the funds.

CF: Perfect back-up would be a veteran who still have a decent level and cheap cost. If Dybala leaves maybe we can bid for Martial, in any other scenarios Martial will not join.

How much money can Juve obtain in this mercato for all the expected player sales ?? maybe 50-60 millions ??

Looks good to me, we'll do 5-6 signings in my opinion- that includes Caldara/Spinazzola

As for player sales, it depends who is sold. I think its safe to assume Alex Sandro will be gone for a fee of roughly 50-60M

Then there could be the odd player who wants out, like Mandzukic, who becomes a bit more difficult to value because of age/interest

Alex Sandro sold 50-60 millions... yes in fact you are right. I always value him around 35 millions but in today's market some top EPL club will give us the jackpot. Benjamin Mendy was sold for 50 millions

So that makes our revenues (without selling Dybala) even higher than i thought... since i included Khedira (10) Mandzukic (10) in my calculations. I choose the lowest cost so i am always pleasantly surprised of the transfer fee. If we don't sell Dybala you can add Pjaca (20). 100 millions total !

Well enough for a top tier CM + minor operations of 10-15 millions each.

What makes you think Khedira will be sold? More likely for Marchisio to leave

Also you can count 3.5M for Sturaro WATTBA

These are the players i'm sure are leaving this summer

Khedira is too ON and OFF, sometimes decent and sometimes completely useless. In any case he will only downgrade and we'll lose him for free in summer 2019.

Transfermarkt values him 28 millions lol, crossing my finger for a chinese 40M offer

Marchisio, if he leaves, Juve will receive a derisory sum for his transfer. Besides it saddens to think of that.

It is no secret that Sergej Milinkovic-Savic has been the talk of Europe this season, with many big clubs keeping an eye on him. The likes of Manchester United, PSG and Real Madrid have all been linked with the Serbian for some time now. However, it seems like Juventus are in pole position and are set to begin talks with Lazio next week.

The 23-year-old has emerged as one of the best midfielders in the Serie A over the last two seasons. This season he played 43 games in all competitions scoring 11 times and have 8 assists. He has been vital to Lazio’s league success and has taken his game to the next level, attracting the attention of some of the biggest names in world football.

While relations between Giuseppe Marotta and Igli Tare aren’t good, the meeting is likely to lighten it up and talks regarding Milinkovic-Savic will be held. Additionally, this could mean that we see the rumours of Stefano Sturaro edge closer to fruition. Juventus are looking to offload several other players too and rumours in March suggested that experienced full-back Stephan Lichtsteiner was interested in a return to Lazio.

Were doing it lads

I don't think there is such a huge interes from outside Italy for him.I mean no one would pay 100m for him I'm 100% sure.

BTW can we get Luis Alberto as well and fix our midfield (and trequartidybala problems) ?

We already have a better trequartista than Luis Alberto in Bernardeschi.

juvealbanian wrote:I don't think there is such a huge interes from outside Italy for him.I mean no one would pay 100m for him I'm 100% sure.

Yes let's hope for that. Sergej is in a drop of form currently, just like the rest of his team. This might lower the cost.

I'd say 70 millions + Sturaro is a realisitic deal. Why 70 ? Because this is the price Igli Tare "apparently" refused last year and by all logic he should not accept less this season... no one loves to look foolish

If Lazio makes the CL I think it’ll be that much tougher to sign Sergej, maybe even not possible this summer as he extended his contract last season so they face no risk of losing him or doing so cheaply. If Lazio misses the CL, then I think it’s more likely that he would want to move on but I’m still not convinced it will be to Juventus

Lotito is greedy man with gangster tendencies. I bet he masturbated all season long about the upcoming profit on Sergej. He won't delay the move another year since the player is ready to step up and move to a bigger club. He'll stagnate if he stays there, would be a very poor career choice.

Making Champions League, and let's not forget, his World Cup performance would only affect the price tag. I'd bet my shoes he's not laziale next year.

RaiSport mercato expert Ciro Venerato: "Lorenzo Pellegrini to Juventus is practically done, the Roma midfielder is promised to the Bianconeri, the operation will be defined at the start of the market, there seems to be no more doubts." [RAI/TJ] 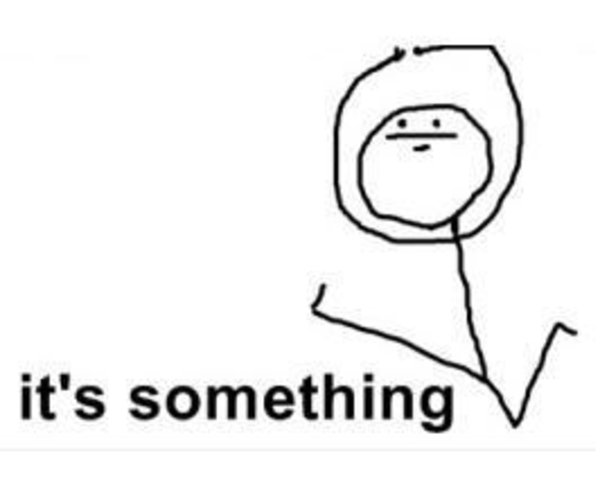 Yes if you consider the move separately. Italian, young, talented.

Pellegrini is 21, already better than our scrubs, is cheao due to the clause, and has real potential. Great move to start with.

As my brother @rincon has stated, it's a great start

Offensively, he'll be second only to Pjanic- let that sink in for a moment

That's my fear as well

After the game vs Napoli, there was tension between Buffon & Benatia in the dressing room. (TS, Corsera, Romeo Agresti)

That's my fear as well

That's been my fear for the last 6 months. I wish Can would just pull a Witsel.

It's time he wakes up, it's ok to perform in december but Benatia have to maintain this level in crucial moments too.