Where did I say Kante would bench Khedira ?.

These suggestions are made keeping Marchisio's long term injury and Khedira's fragility in mind. Asamoah is not the most fittest guy either. Same applies for Sturaro whose injuries for some reason goes unnoticed.

In this respect, for a reasonable €25M price, he in my opinion would be a really good addition.

Note that I am making this suggestion without Pogba being sold.

Tarek Khatib ‏@ADP1113
Juventus do not want to sell Pogba, even for a very high figure. #SkyItalia

still clinging on, are you

for 120m you can sell Paulo with a a good conscience. He's great but not that great

Yeah if the bid is really for 120mill and Pogba wants the money then I really dont think Juve will say no. Thats just too much money. Pogba is becoming by far the best investment the club has ever made. Came for free 4 years ago, won 4 leagues, 2 coppa italias, CL finalist, and then leaves behind 120 mill.

rincon wrote:It blows my mind that people want to bench Marchisio and Khedira for Kante or Matic. Koke is a good idea.

IF it happened. I would take those 120 mill straight for James/Verratti and Cavani. If Verratti can be had for something like 60-70mill then I'd do it, if not then James. Also Cavani.

I can't speak for others, but I'm only discussing a starting 11 without Marchisio as if the season were to start tomorrow as he would miss out due to injury.

Marchisio has been a pillar of this team for seasons and I feel like he's also one of those freak players that come back just as good after a torn ACL (which I can speak to, having torn my ACL myself

Kante/Matuidi seem like very reasonable purchases in my opinion

the most important is that we are on best situation here

we can choose between 120 million or keep the best midfielder in the world POGBA
guess how cool is that?

whatsoever happens we are cool , we are the coolest
love POGBA# love 120 Million 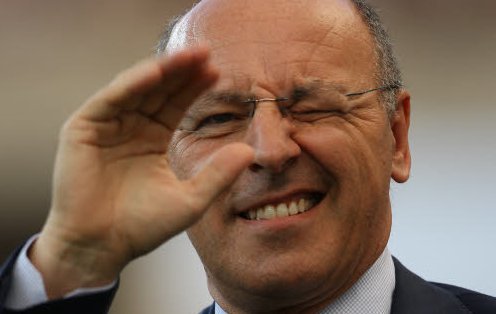 There is no point in selling Pogba. What other players can we get? Kroos? James? Isco? RM won't sell and there will be a big risk when dealing with the 120m in our hand. Everyone will want insane money for their overpriced players...