What do you expect from the African teams in World Cup 2014!!! They are the teams football romantics look up to. Since 1982 (my first World Cup), it’s the African teams that have been providing the thrills, upsets and heartbreaks.

In 1982 Cameroon drew all three of their group games, including eventual champions Italy and semi-finalist Poland. While a ‘Teutonic Pact’ kept Algeria, who had beaten the West Germany, from progressing to the next round. Four years later, Algeria put on a spirited performance against Brazil before being undone by Spain. However, Morocco progressed from their group (which included eventual quarter-finalist England) only to be undone by West Germany from an 87th minute free-kick.

In 1990, Cameroon became first African to reach quarter-final where they were beaten by England, courtesy of a debatable penalty in extra-time. Egypt, the other African team, had a decent tournament with draws against Holland and Ireland. Four years later Nigeria reached the R16 where they were beaten by Italy in extra-time. They repeated that feat in 1998 but this time convincingly beaten by Denmark while Morocco was undone by an unlikely Norwegian win over Brazil.

2002 saw Senegal repeating what Cameroon had done 12 years ago, reaching a World Cup quarter-final where they lost to Turkey. Cameroon and South Africa showed promise but were eventually edged in their groups by Ireland and Paraguay respectively. Eight years later it was Ghana who reached the quarter-final stage.

So what do you expect from out of Africa!!!

I think Ivory coast will do well. They should get to the knock out stages.

I am not expecting much from the rest, tbh.

Ivory Coast have got some big names, but unevenly divided. Attack-heavy.

Ghana might progress if they beat USA in their first game. Not a bad squad, if their players care to give a toss.

Nigeria set to score a couple of own goals / concede penalties / receive red cards in their match-fixing endeavours.

I doubt any african team will progress to knockout stage...they all are in tough groups...Ivory coast is in comparatively better position but cant say for sure that they can beat japan....
I think Ghana has the same situation with USA.. and Nigeria probably has no chance...

As a former African, I am going to support ever african team but Ivory Coast is my dark horse for quarters and beyond.

Nigeria will be lucky to get a single point.

Forgot cameroon so played with them on Fifa

They have good pace in the team with Eto'o, Aboubakar,Moukandjo and Salli. Choupo-Moting is decent as well.

Ivory Coast won't even get past the group stages, come at me brah. Neither will any of the other African nations.

They have good pace in the team with Eto'o, 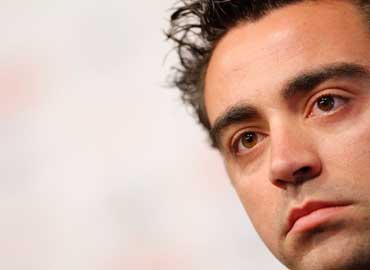 McAgger wrote:Ivory Coast won't even get past the group stages, come at me brah. Neither will any of the other African nations.

Ivory Coast have everything they need in attack and a decent looking midfield, cannot count them out in their easy'ish group. Ghana with a chance, too, if they win their first game against the U.S.

Colombia and Japan will qualify over Ivory Coast. Come at me brethren.

i think they will surprise a lot, and advanced further than expected. 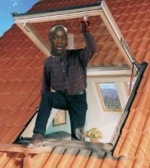 Smh the underrating of Nigeria, John Obi Mikel will turn into a GOAT at the world cup.

As usual, not expecting much from them, but then again as usual, dont watch them much so dont know enough to be sure

So, how do you rate the Africans and fancy their chances??? I think Ghana was really unfortunate not to get a single point. Algeria were spirited but their inexperienced showed. Cameroon & Nigeria were poor.

@iftikhar wrote:So, how do you rate the Africans and fancy their chances??? I think Ghana was really unfortunate not to get a single point. Algeria were spirited but their inexperienced showed. Cameroon & Nigeria were poor.

Ghana looked good, I was surprised by a couple of their players that I didn't really know, but who played well. However, they lost and now they need something against Germany first to have a chance of progressing, so it's looking difficult.

Algeria should have every chance to beat Russia and Korea and Ivory Coast's game against Columbia tomorrow should be very interesting and a good indicator of the Elephants' true quality.

Ghana unfortunate ;
Cameroun is just poor.
Algeria is decent but inexperienced
Nigeria can't score otherwise they were good enough to go through.

Ivory Coast : Shaky defense but they are good

the number of people picking japan over CIV was sickening .

bunch of anime fans i guess... japan is crap.

cape verde would've done better than these washed up scrubs.

too bad fifa disqualified them.

CIV and algeria still have a ( big ) chance.

Nothing of new.
I never will understand the hype and the expectations about African NTs, they will be crap even in South Africa 2014 when all thought that they would have given their best.

too bad fifa disqualified them.

@Robespierre wrote:Nothing of new.
I never will understand the hype and the expectations about African NTs, they will be crap even in South Africa 2014 when all thought that they would have given their best.

the thing i don't get is the expectations about asian teams... that whole gigantic  contient is yet to produce a single  bona fide world class player ffs , yet we have " experts " telling us that japan will be the next " first " time world cup winner

Yesterday at 11:58 pm by Lord Awesome

Yesterday at 8:18 pm by McLewis

Yesterday at 5:48 pm by Hapless_Hans