Brendan Rodgers has said Liverpool are prepared for a Real Madrid bid for Luis Suárez but has reiterated John W Henry's claim that the striker will not be sold. 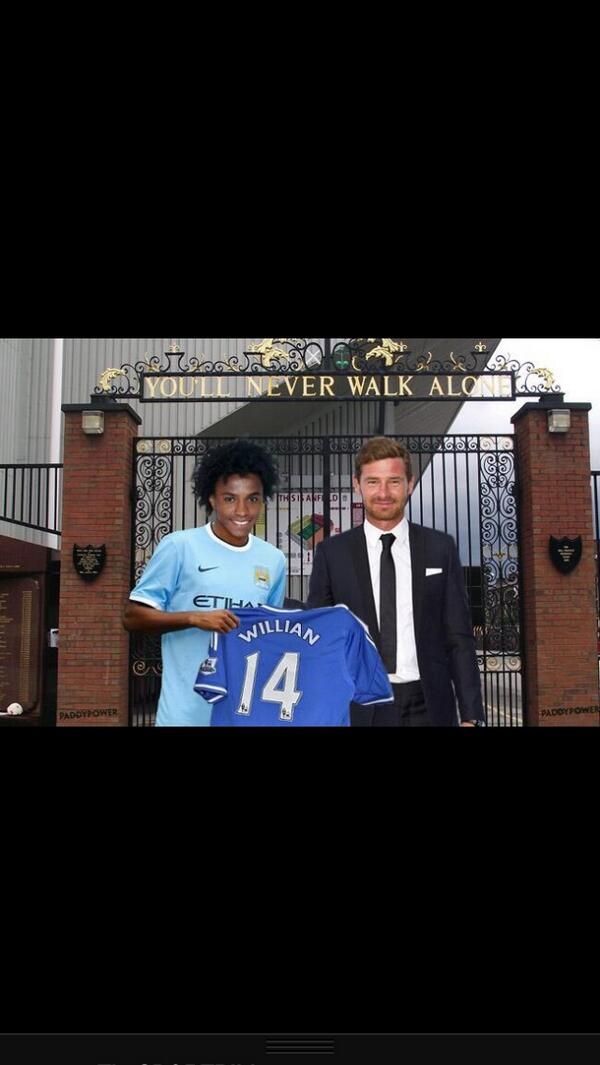 whenever i get bored in office, i just open this thread

Arquitescu wrote:Fahim is quite literally the Liverpool FC section's best poster of all time.

Now now mate! Spurs forums just might put in a bid for me!!

You best stay loyal to us.

I hope we let him stay at Groningen for the rest of the year.

He'll develop much better there.

Classy player, but far too raw.

We should be doing the same thing for Viktor Fischer and Bakkali, with that said.

Fischer and Bakkali, are you serious? When did that happen...

I'm saying it we should make it happen.

I know mate I was just excited...I dont even remember if were linked to them!!!

Meh I don't think we have a chance on Bakkali or Fischer. If Ajax say they are on the market then a whole host of big clubs will jump in.

Man I wish I could be more involved but I only get time on the weekends from now on. Anytime I can drop I definitely do. But you guys are doing a great job of keeping this place updated

We've got 10 days left to do something

btw, I hate timezones specially when sometimes i miss the party of discussion

HEIL MEIN REDS wrote:no problem McY
This thread is the food for fahim till next window comes

btw, I hate timezones specially when sometimes i miss the party of discussion

ha tell me about it, to catch all the best debates I either have to wake super early or stay up very late.

I know comparatively I am in better position at least to watch the games...like this now I must go out now, i mean out of office, friday, weekend started

I'll probably be gone except late nights and weekends starting next week, too :\ We'll just have to party for every win on the weekends

Anyway, I've wanted to respond to some of the conversation that's been happening lately. This is speculation, but I think it's educated guesses based on the way FSG work with the Red Sox. I don't think the transfer budget for the first team is linked to the transfer budget for youth. Obviously in the sense that the money is coming from the same place, and isn't an endless pit, they're connected, but I don't think spending 10m on Hughes or similar amounts on other players has any impact on our ability to spend for senior players.

Generally speaking, developing the youth project is something that FSG is very good at; they understand that it's the best way to stay competitive long term, both by bringing up talents ala Sterling as well as selling on the ones that don't make it, ala Shelvey. At the same time, though, they would never sacrifice the competitiveness or wellbeing of the first team in order to develop the youth squad in the manner that Arsenal seems to. The purpose of developing youth is to aid the first team, so acting in manners that have the opposite impact would be counter intuitive. I think it's safe to say that any 16-18 year olds we bring in, players who will not be promoted to the senior side for significant gametime anytime soon, will not affect the availability of funds for senior options. So don't stress over buying youth talent; if we choose not to buy senior players, I don't think that decision will be affected by whether or not we spent on the youngsters.

Well if that's the case I don't mind getting both Hughes and Zivkovic. As long as it doesn't affect our first team plans I'm always for signing hugely talented youngsters.

I hope we let him stay at Groningen for the rest of the year.

He'll develop much better there.

Classy player, but far too raw.

We should be doing the same thing for Viktor Fischer and Bakkali, with that said.

Now well recently my point of view is that if we are interested in a player & the player doesn't play in a similar system to us then we should try our best to bring him in. Cause you see starting from the very youth BR is trying to establish a similar "STYLE OF PLAY" which i believe the youngsters need to get used to. If once the Style is built in then going on loans is a better idea.

@Heil & McAgger: Mates i absolutely hate the timezone thing cause most times im the only one posting stuff the whole day without much response from you all.

Anyhow honest opinion is i thrive this Rumor crazy season cause it just brings all of us together like crazy! And for the last week i have been on leave from office & my leave is gonna be over day after tomorrow so might also just join in later

So is Levy up his ass trying for this one??

Is there any new rumour related to that..except morning echo news

I heard that rumor too... Obviously this is just wishful thinking but Sakho+Ljajic for a combined 25m and this would be an amazing window, we'd have a very good shot at top 4 imo.

Guardian has us linked with him although nothing firm, and some website called forzaitalianfootball.com has the rumor too. They don't sound very legit though.

Except for the fact that now journos automatically link Spurs with any players linked with us. . I find most recent articles like "Liverpool & Spurs battle it out" "Spurs bid for Liverpool target" "Levy to buy Ayre's Harley" (not really

Guardian has us linked with him although nothing firm, and some website called forzaitalianfootball.com has the rumor too.  They don't sound very legit though.

I saw the Tancredi Palmeri guy mentioning it . . .

Last I heard, Ljajic was pretty set on moving to AC Milan. Not sure we have the pull needed to turn his head if that's the case.

Ljajic would be really nice. I will forgive everyone for losing out Lamela if we get Ljajic and possible Griezmann in the future.

LFC to put in a 23m euro bid for Yarmolenko. . Just plain rumors haven't found anything reliable on it yet. Don't know much about this guy either

He'd be a slight improvement on Downing but with the potential to develop into a very good player.  A good signing to fill out the squad and rotate for a starting place but many will find him a bit disappointing for a "marquee" signing.

Today at 4:42 pm by BarcaLearning