Please remember to include sources (links, if available) for posted rumors!

Okay, why not use this thread, now that it was set up. But mind you, if I catch someone digressing from my post on, I might get angry and you really don't want that.

(Sorry I didn't take care of the other thread, but I watched the CL quali match of Basel which they won 1:0, and that took precedence. Especially as it means that Yann Sommer now would be cup-tied, so he will pretty much definitely stay in Basel this season. This as little transfer rumour update on him.)

Oh, and I decided to clean up this thread now. Stay on topic please, or you might lose 25% of your warning level this time.

Atletico Mineiro's president Alexandre Kalil has told 'UOL' he has agreed to sell Brazilian Bernard to Shakhtar Donetsk, saying: "Things are very advanced. They offered the value we want. If Bernard wants, he will go."

One can never predict Arsenal trabsfers..Bernard was almost done to Arsenal (just like Higgy,Mvilla,etc etc were) now he is off to Shakthar.

Granqvist is supposedly close to Milan

Arsenal to pull 3 or 4 emergency signings on deadline day when things start falling apart at the beginning of the season aka business as usual.

Back to topic, the agent of Chiriches confirms that Tottenham have made a 8M offer to Steaua Bucharest, which matches the club's evaluation of the player. Source: onlinesport.ro 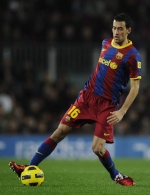 my goodness i had to log on my computer to fully write this. How embarrassing it is to have fellow juve fans talking bullcrap about Napoli. Oh my goodness.

First of all, let me start by saying that NAPOLI'S TRANSFER PLAN IS NOT FINISHED. Benitez has said 1 more Defender, 1 more Midfielder and another Striker are still on their list.

Inler being a meh midfielder? My goodness WE WANTED INLER and Napoli paid more for him....wao. Hell we were even being linked with Behrami and he said no to Juve.

As of RIGHT NOW, HIGUAIN's FORM is much much better and proven than Llorente who didnt do squat for a year and Tevez's on and off form.
Why is Callejon a bad player? cuz he was benched in RM? HOW THE HELL WOULDNT HE BE, first year at real with higuain, benzema, ronaldo, ozil, di maria....common now.....

You guys talk of Lavezzi as if WAOOO, this dude is CRACK, but lets get facts straight, that dude didnt do THAT much for Napoli, he just had Napolian (if that is even a word) mind. Grinta.

If another first team defender, cm and attacker arrives to napoli, Napoli are officially contender for scudetto.

You can say what you want but for me, Napoli's transfer market has been EXCELLENT, even better than juventus. Napoli made a STATEMENT this year, and personally, if Rafa benitez BOUGHT those "scrub" players, i believe this mastermind tactician knows a lot more about buying players than GL posters....

Di Marzio wrote:New name for the Inter midfield. There was a meeting today between the Inter management and Gustavo's agent. Its a very difficult task because Bayern asks 18m while Wolfsburg has about 15m.We tried to figure out if there were room for a negotiation. While continuing contacts with the Bologna Taider, a deal a little 'easier than Inter hopes to close.

Would be a brilliant signing for Inter.

Di Marzio wrote:Juan Camilo Zuniga and Napoli continue to talk. After yesterday’s match, the player met with the coach and the team’s management, he doesn’t want to remain in the current conditions, so he either wants to to join Inter or Juve or receive a raise in his next contract. Napoli instead offered him a substantial bonus tied to reaching certain objectives, but the player is not enthused by this option.

Highly unlikely Mole that they sign him unless they get some immediate funds from that Thohir guy whose takeover isnt certain yet.

They have a brilliant player in Kovacic and they signed the highly rated Icardi. That's all I know.

Great Leader Sprucenuce wrote:Would be a brilliant signing for Inter.

Thohir on the takeover :

”I’m not sure if it will happen, there are some details we still have to negotiate and I don’t want there to be two owners-he said-The majority or minority stake is a secondary issue, I just want to be an important partner for Moratti. Nainggolan? I’m not even the owner, but I believe those are issues for the coach. Leonardo? No comment, because it’s not true”.

Great Leader Sprucenuce wrote:Would be a brilliant signing for Inter.

Put Kovacic in Guarin's position and Gustavo next to Cambiasso and that's a much improved team tbh.

Inter back in the hunt

Gustavo needs to come to the Bridge, he would be an almost perfect fit.

Di Marzio wrote:Unconfirmed rumors. In the past hours, there were rumors about a possible transfer for Martin Skirtel to Napoli. The defender knows Benitez very well, but denials are currently emerging from Napoli’s management..

Di Marzio wrote:Today there was a meeting for Luiz Gustavo, but it seems a difficult task.The hottest name is Saphir Taider, for which the contacts are moving forward with Bologna and Inter hopes to close especially if the company does not yield rossoblu Sorensen. On the plate could go several counterparts, from Duncan to Mbaye, passing through the other half of René Khrin in addition to an adjustment of 4-5 million Euros. There is always the track Nainggolan, while at the moment the easiest solution would be Wellington of Sao Paolo. The Brazilian player wants Inter but not in possession of an EU passport, and therefore the Nerazzurri can wait 15-20 days waiting for news from other fronts.

Abramovich wrote:Gustavo needs to come to the Bridge, he would be an almost perfect fit.

Well, VfL Wolfsburg are obviously holding rather serious talks with Bayern about Luiz Gustavo. Bayern want to decide after the Audi Cup whether they will allow a transfer.

Di Marzio wrote:Wayne Rooney has decided. He wants to join Chelsea. The English striker has already made his decision, he wants to be coached by Jose Mourinho. In the coming days he will have another meeting with Manchester United’s management, to explain his position. Now the two clubs need to reach an agreement. But Rooney wants Chelsea.

Sporting Lisbon attacker Bruma continues to be tracked by Inter along with several of Europe’s bigger clubs.

A Bola reports that Inter, along with Chelsea, Galatasaray and Olyimpique Marseille continue to monitor the starlet.

Inter Milan interested in Osvaldo according to Sky Sport.

Di Marzio wrote:Roman Eremenko expects Napoli. Rubin Kazan midfielder, who has already played in Italy with the shirt of Udinese, is an idea of ​​direct Rafael Benitez, who is talking with his leadership. In Russia they say that the player is very close to Dinamo Moscow, who wants him for a while. Eremenko does not want to go to another Russian club, and hence the Napoli is still in the race and has the preference of the player.

Di Marzio is getting me excited ffs.

Newcastle is looking to seal the deal for Loic Remy. The QPR striker is an objective for Newcastle, who is following him closely and is now looking to close the negotiation. He joined QPR in January and scored 5 goals in 13 matches.

According to Ole Milan are after Marcos Rojo

Mole design a Newcastle line-up based on credible rumours and post it ffs. I want to cast my eye of judgement over it.

Page 1 of 36
Permissions in this forum:
You cannot reply to topics in this forum
Latest topics
» 2022/2023 Premier League Discussion