Please remember to include sources (links, if available) for posted rumours!

PSG have bid 60m Euros, according to Sky Italia. However Napoli want 70m, because some fees need to be paid to Palermo.

To add to that

Nick will go from biggest hater to biggest supporter

Yohan Modric wrote:
Napoli have offered 40m Euros and Ibrahimovic for Cavani, according to La Repubblica.

AC Milan CEO Adriano Galliani has played coy on the possibility that the club has already signed Keisuke Honda from CSKA Moscow, though hinted that a deal in the near future is possible.

Several Italian media outlets claimed on Thursday that the midfielder, 27, has agreed to leave his Russian club for San Siro this summer for €2.5 million on a four-year contract.

However, Galliani denied that the Rossoneri had already secured the signing of the Japan international, who featured at the Confederations Cup. However, he refused to rule out the possibility that Honda would be brought on board at the Italian club soon.

"At the moment, he is a CSKA Moscow player," Galliani told Sky Sport. "But who can predict what will happen in the future?"

The midfielder, who has already confessed his desire to leave the Russian capital during the summer transfer window, is believed to be available on a cut-price deal due to the fact that his contract with CSKA runs out on January 1, 2014.

Suarez will not go anywhere in England, and if he does there's no chance Liverpool will accept less than 50m from an EPL team. I'd make any bet anyone cares to offer on that for this transfer window.

Also, I pray that the Dzudzak rumors aren't true... 12m is too much for him, and also ends any interest we have in Mkhitaryan or Eriksen in my mind. If we're not signing players of that caliber (slotting into the starting 11), then I don't think we should be spending any more money on the attacking third. It would be a waste of cash at a position we don't need, for a player who isn't good enough to start and isn't worth the money. I really don't see any positives in it.

Alcantara to be unveiled by Man Utd tomorrow.

Also would love to see Mou+Suarez

Yohan Modric wrote:
Napoli have offered 40m Euros and Ibrahimovic for Cavani, according to La Repubblica.

Anyways Raiola did say today that Ibra moving to Napoli is impossible so i guess it will be a cash only deal.

According to Lega Serie A reports, Inter’s signings of defenders Hugo Campagnaro, Marco Andreolli and goalkeeper Juan Pablo Carrizo have now been made official.

According to Mediaset, AC Milan will apparently try and get Juventus striker Matri.[/quote]

hold the phone. arsenal/cesc have a buyback clause in cesc's contract???!?!?! i did not know that.

We have that option but Cesc needs to want to come back first and I don't believe he'll give up so easily after trying hard to go there and I don't think Barcelona want him out either after reportedly losing Thiago.

Edin Dzeko is number one on Napoli's list to replace Cavani, according to Sky Italia.

Is it me or are Southampton the new Spurs?

McLewis wrote:Is it me or are Southampton the new Spurs?

Illarramendi will be in Madrid tomorrow, deal to be finalised next week after Butragueno was in Basque country all week finalising the negotiations. 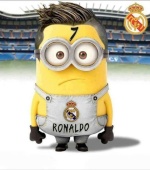 Dily Mirror : Manchester City not being able to match Napoli demand for Cavani is now after Fred

Crimson wrote:Illarramendi will be in Madrid tomorrow, deal to be finalised next week after Butragueno was in Basque country all week finalising the negotiations.

Illarramendi "I can't say No to the Madrid Bench"

*** I thought Real Solciedad didn't like Madrid. I doubt he would go cheap, doesn't he have a 30m release clause.

Crimson wrote:Illarramendi will be in Madrid tomorrow, deal to be finalised next week after Butragueno was in Basque country all week finalising the negotiations.

Illarramendi "I can't say No to the Madrid Bench"

He will prob start more than you think especially the start of the season and if he performs well, Xabi will return to Madrid as a bench player, he only has a year left on his contract anyway.

Epoto wrote:Dily Mirror : Manchester City not being able to match Napoli demand for Cavani is now after Fred

If true, Arsenal should be all over that.

Cesc + Higgy in one window would be MASSIVE for them. They'd actually challenge for the league considering City, United and Chelsea all have new managers. They'd need a keeper though. Julio Cesar was rumoured in. Any truth in that?

Today at 4:21 pm by BarrileteCosmico

Yesterday at 3:12 pm by Harmonica

Yesterday at 2:15 pm by BarrileteCosmico