Well he's official and now I guess he needs a thread. Let's get it cracking fellas, where do you guys think he fits?? Inside Forward? Attacking Mid? Center Mid? False 9? Do you see him having a big impact in the first team right away or do you see him more as quad depth? Do you see him as a replacement for anybody in the current squad (Shelvey? Hendo? Downing?)?

I'll Edit his number in the title later when it's confirmed. 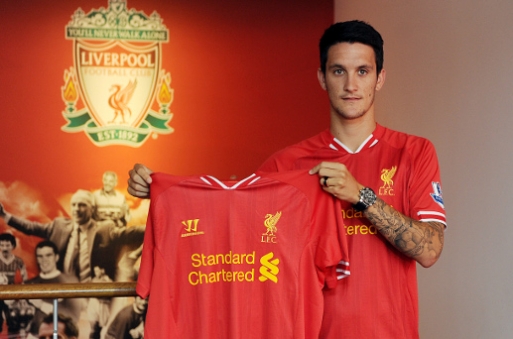 First clue for his number. He was wearing #9 with Barca B and now Carroll is gone. 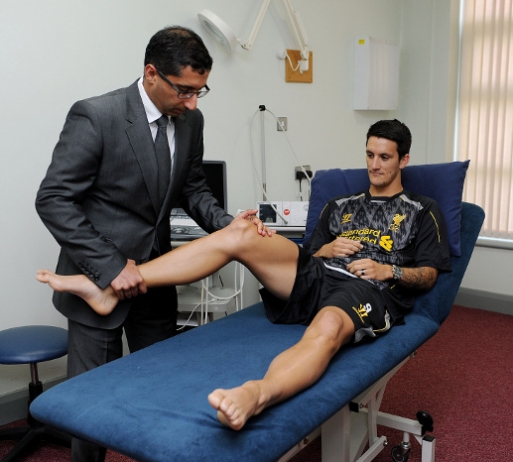 Wearing number 9 shorts during his medical.

Not sure why everyone's so convinced we're looking to replace players when last season a lack of depth was a serious issue... replacing players wouldn't solve that issue.

Alberto, going by what I've read and seen (on youtube :/ ) will provide some creative depth in attack.  Beyond Coutinho and Suarez at the moment we don't really have any truly creative attackers.  Gerrard plays deeper now, Henderson isn't all that creative (great in other areas though), Allen isn't the right type of creative, and our other forwards are all workers/runners rather than passers.  Alberto should be able to provide a bit of cover for Coutinho is a passing sense, and allow Suso to maybe go on loan and develop a bit more consistency in his game to give him the best chance of staking a claim in the first team eventually.


He won't be taking number 9, I'd be willing to bet money on that. Aspas seems most likely to fill that squad number. If not him then Mkhitaryan or a Suarez replacement (if he leaves).

Yeah I'm pretty sure he won't taking #9, just having fun with that.

As far as him replacing anyone in the squad, you are probably right we need depth and replacing one player with another doesn't solve anything. Unlike others in the general section (the neutrals) I don't like counting youngsters like Yesil, Raheem, Teixeira and Suso as given competition for the starting XI spots. Our goal is getting CL and relying too heavily, outside of Cup games, on 18 year olds is not the answer to that.

For our Spanish speakers only sadly.

Can't see anyone getting the number 9 unless we make a marquee signing ala someone like Mkhitaryan.

Can't see anyone getting the number 9 unless we make a marquee signing ala someone like Mkhitaryan.

I could see Aspas getting the #9 shirt with the way BR described him in a recent interview (sorry don't have a link... might've been the talksport interview).

Twitter rumor has it that Luis Alberto will be getting Kuyt's old #18 shirt. From the descriptions of him (as a general forward, capable of playing across the front), I can see this being appropriate.

That said, twitter rumor also says Studge will take the #9 shirt next season... I don't believe it for a second.

I am loving how excited this kid is on joining LFC! His posting pictures every so often on twitter & instagram with pictures of him in the LFC kit. Great to see his spirit so upbeat! !

A chance to redeem my self

I need to think about this long and hard. Give me a couple of hours.

So the numbers in ! ! ! The winner gets free bragging rights ! ! Let the games BEGIN!!!

interesting 5 people, all numbers lie in the range of 11 to 20. out of that 11 assaidi , 14 hendo, 15 sturridge, 19 downing are already taken. 12 pacheco and 20 spearing not sure what can happen with these numbers.

Seems an odd choice, if true.

The #6 shirt is usually a more defensive CM's number. I do love the rumored justification that Luis Alberto likes the false nine role, so it's natural that he would want the upside-down #9 on his shirt.

Well it seems we all lost

While Aurelio is brought up, I wanted to update you guys that the poor lad signed for Gremio last summer hasn't played a single game yet for them because of yet another injury. Shame

what a player he could've been

Seems an odd choice, if true.

The #6 shirt is usually a more defensive CM's number. I do love the rumored justification that Luis Alberto likes the false nine role, so it's natural that he would want the upside-down #9 on his shirt.

It's all over the place today, and doesn't mean much. He is a true false 9 now.

He lacks pace, Hoping it wont be an issue in the role he plays for the team.

Page 1 of 2
Permissions in this forum:
You cannot reply to topics in this forum
Latest topics
» The Official Dwayne Wade <<<<<< you thread

Today at 10:49 am by Great Leader Sprucenuce