There are a lot of rumors flying around lately and some clubs have already seemed to have chalked their transfer plans for the summer.

Feel free to post all relevant transfer rumors from credible sources here.Plus this is a thread which would keep our beloved Yohan Botric happy too

Borussia Dortmund striker Robert Lewandowski has agreed his move to Bayern Munich, with the club ready to officially announce that the Poland international will join Die Roten at the end of the current campaign.

Gomez, Lewandoski and Manzukic. How many strikers to they need ??

Lille left-back Lucas Digne says he is flattered to learn of interest from Premier League leaders Manchester United but is not planning to leave the Ligue 1 side.

The teenager has reportedly been interesting a number of top clubs, and he feels that he must be playing well to attract the attention of Sir Alex Ferguson's men.

Digne told Le 10 Sport: "Manchester United: They are a top club and to be linked with them means you must be doing something well, but I will not lose sleep.

"I live day to day because I feel very happy at Lille, this is the club of my heart, the club that developed me.

"I do not make plans in a rush. I am very much at Lille, I am not planning to leave.

"I see things from the perspective of staying for a while to continue to play regularly, gain experience and develop."

According to The Mirror we're apparently selling half of our first team in the summer... including two of our CBs alongside Carra who's retiring.

So this is where Sepi got his news from.

And so the cogs of Botric start turning again

The Lewandowski-thing is getting believable now though, Watzke doesn't seem to believe he'll stay.

Bayern better spend that money on better transfers like Neymar, Falcoa or Bale. 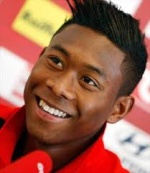 i wouldn't be surprised if you sold Enrique and Downing though.

Well, Kloppo is already trying to go for a strikerless formation, so maybe they won't need him anymore in any case

Bayern to buy all talent currently available or not available and to field all 22 players per game as they they loan their B-team to the opponents for one match to give them at least a chance and minimize player discontent for sitting on the extended bench (they are rumoured to add one or two rows to the bench in the Allianz Arena)...

Los Che have been keen on the talented forward for over two years now, and they believe this is the right time to finally get their man.

The €7 million rated striker is expected to provide competition for Roberto Soldado, or replace the Spain international should he leave the club at the end of the season.

Due to fierce competition for place at Parc des Princes, Gameiro has seen little playing time this season and he is looking to leave the Saints in search of first team football.

Despite making just 4 Ligue 1 starts this term, the 25-year-old has managed to score 5 league goals, once again proving why he is considered one of the most prolific forwards in France’s top flight.

Gameiro has a contract until June 2015 at Parc des Princes, but there is every chance he will be leaving next summer.

Fiorentina attacker Stevan Jovetic is "suffering" and could leave the club at the end of the season, according to Serbia coach Sinisa Mihajlovic.

Jovetic has been linked with the likes of Manchester City and Juventus throughout the current campaign, and the increasing speculation over his future has come as he suffers a dip in form.

Former defender Mihajlovic, who was sacked as la Viola coach last season, believes the 23-year-old may need to change clubs in order to return to the top of his game.

“I consider Jovetic to be one of the best players in Serie A, but right now he is not playing at his level," he told La Gazzetta dello Sport. "I am no longer in Florence, so I cannot say for sure what the problem is. It’s evident he is suffering because of something and if things don’t change I think he’ll leave at the end of the season.

“Jovetic is a sensitive guy and it’s fundamental you know how to deal with him. As with all great champions, he needs to feel important. It means giving him responsibility, but also communicating [to him] that he is one of the best.

“Maybe the problem is that he doesn’t feel as highly considered as he’d like.”

If the Lewa rumour is true and he does leave, why do Dortmund keep letting the star players leave?

Then it was Kagawa, who was dynamite for Dortmund.

Now the top goalscorer looks likely to be on his way out.

Okay you can't stop a player from leaving but they don't seem to put up any fight or try and convince the players to stay.

TomJuve wrote:If the Lewa rumour is true and he does leave, why do Dortmund keep letting the star players leave?

Then it was Kagawa, who was dynamite for Dortmund.

Now the top goalscorer looks likely to be on his way out.

Okay you can't stop a player from leaving but they don't seem to put up any fight or try and convince the players to stay.

Sahin had a clause of 10m in the contract, Kagawa had a year left on his contract and they chose to accept the money and build the attack around Reus and Gotze.

As for Lewa i doubt they would be that bothered.... he's a great player who is near immaculate in build up and link up play but lets be honest he's a terrible finisher.

They would probably have more success with Gotze-Reus-Kuba front 3.

If they sold Lewa to Bayern they will probably bleed them dry and able to strengthen the whole squad in the process.

Just like with the sales in the past i really see Dortmund coming out of it smelling as roses as usual.

They don't just sell these players blindly they have a plan and usually the plan has worked.

i wouldn't be surprised if you sold Enrique and Downing though.

Norwich City has approached to Downing from Liverpool.

Atletico Madrid are watching Mario Gomez’s situation at Bayern Munich, as concerns grow about a possible departure for Radamel Falcao during the summer.

Falcao is on the wanted list of a number of teams, with Chelsea and Manchester City both thought to be keen on the Colombian, while Real Madrid have also been mentioned as a possible destination.

Atletico Madrid know they could lose Falcao, even if they qualify for the Champions League.

And Gomez is a possible replacement, according to Spanish daily AS.

Gomez has been concerned about continuing speculation that Bayern Munich are set to bring in Robert Lewandowski from Borussia Dortmund in time for next season.

That could result in Gomez falling further down the striking pecking order – he is already behind Croatian Mario Mandzukic.

Atletico Madrid may therefore be a tempting destination for the Germany international if he feels he must guarantee regular first team football in the run-up to the 2014 World Cup.

Arsenal are pondering a swoop for Barcelona goalkeeper Victor Valdes, according to Sportmediaset.

Valdes has informed Barcelona that he is unwilling to sign an extension to his current contract, which expires in the summer of 2014.

The Spanish giants are now on the lookout for a new number 1, while it seems likely that Valdes could be on the move as soon as this summer, if an acceptable offer arrives.

And Arsenal are looking at bidding for the Spain international.

Valdes is thought to be open to the idea of moving to play in the English Premier League and a switch abroad appears the most logical option for the shot-stopper.

At Arsenal he would provide Polish goalkeeper Wojciech Szczesny with competition for the starting spot between the sticks.

The 31-year-old has never played for any club other than Barcelona and is keen for a new challenge.

A switch to the Gunners may provide Valdes with the fresh impetus to launch a challenge for the number 1 jersey in the Spain national team, where he has seen his caps restricted by the presence of Real Madrid custodian Iker Casillas.

Jupp Heynckes might consider taking up the coaching position at Schalke next season. He was somewhat puzzled that Uli Hoeneß declared he'd retire after the Bayern job, and right now there seems to be a possibility he might take over at the Gelsenkirchen club after caretaker coach Jens Keller.

I would not sell Downing unless the price was above £10-12m. As much as we joke about him, he's still in his prime and I'm sure would be the best player in any other mid table PL team. Sell him summer of 2014 when he turns 30