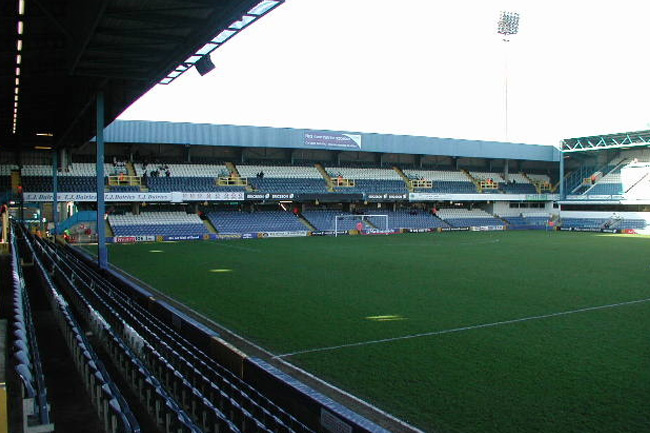 Liverpool end 2012 with a trip to Queens Park Rangers.

The Reds will hope to avenge last season's disappointing defeat at Loftus Road which saw them let a two-goal lead slip as they went down 3-2.

Liverpool's previous visit to QPR ended in a 2-1 win in February 1996.

QPR defender Ryan Nelsen has a virus and is a doubt to face Liverpool at Loftus Road on Sunday.
Goalkeeper Julio Cesar (back), full-back Nedum Onuoha (hamstring) and midfielder Park Ji-sung (knee) are also fitness concerns.

Liverpool forward Luis Suarez is expected to play despite nursing an ankle injury.
Raheem Sterling and Joe Allen are pushing for recalls after being left out of the side for the last two games.
Borini is edging close to a return but this match is too soon. Kelly is still out for about 2-3 months.

QPR are in danger of losing three successive league games for a third time this season.
Rangers have taken six points from a possible 18 under the management of Harry Redknapp. They had previously accrued just four points out of 39 (13 matches).
Redknapp will take charge of his 600th Premier League match, becoming the third manager to reach the milestone in the division after Sir Alex Ferguson and Arsene Wenger. He has won 228, drawn 157, and lost 214.
The R's have lost 22 league matches in 2012, more than any other Premier League club.
They have picked up seven points at home this season, fewer than any other team.
Djibril Cisse scored 13 goals in 49 league appearances for Liverpool between 2004 and 2006.

The Reds will end 2012 with their fewest number of league victories in a calendar year. They are currently on 11; their previous low was 14 in 2010.
They have also lost 17 league matches in 2012, three more than in any other year.
Seventeen goals have been scored in Liverpool's last four league games (F9, A8).
Their last two league wins came against London clubs: a 4-0 home win against Fulham and a 3-2 victory at West Ham.
Brendan Rodgers's side have taken 20 points from a possible 27 against sides in the bottom half of the table. Their sole defeat came at home to Aston Villa earlier this month.
Steven Gerrard has scored in each of the club's last three league matches. It's five years since he scored in four successive league appearances.

Hopefully we will win.

They are the worst team in the league. A MUST WIN for Rodgers. Should we lose this game my faith in him is gone

I'm actually quite confident that we will win this and its not because QPR are such a poor team. In general we just look more confident away along with playing with conviction in our style.

Here is my prefered line-up.

We all know BR won't play the 4-2-3-1, nor will he play Sahin let alone in his proper position. Same case with Gerrard as the great man once again will be expected to play his Central Midfielder role. Assaidi apparently has been erased from the Northern Irish Gaffer's mind so expect to see Jonjo Shelvey. If Shelvey starts expect another frustrating game full of poor touches, senseless shots and mindless running from him. If he starts over Henderson then

Why can't we just play a positive football match for once against Queens Park Rangers Football Club?

I would also like to see Suso as an impact substitution, as well as Steven Gerrard in a worse-case scenario.

I would ignore PeerIess guys. He's just a bad troll.

Your a troll, that's the problem.

Even through I would like to see QPR do well this season, I would hate got see Liverpool draw or lose to the worse team in the BPL

Your a troll, that's the problem.

Even through I would like to see QPR do well this season, I would hate got see Liverpool draw or lose to the worse team in the BPL

Is this what criticizing a few of our players does? Haven't you ever seen a critical football fan?

hahahahahahahaha!!!!!!! Another critics as if we haven't had enough for the last couple months!!!!

dont wanna speak about team, tactics and all that bull"""
i just know, BR has to get this one right and I believe he will

Apparently BR, Gleninho and Brad Jones are ill. So wont take part in this game.

Lucas rested and Suso benched.
Sterling and Hendo come in for them.

Gerrard-Allen-Henderson will be an interesting change to watch. not necessarily bad to see a change here. Wouldn't have been opposed to Sahin getting a chance, but I've heard his nose is still keeping him from game time. (Not my opinion, just rumors.)

Biggest miss? Rodgers not being on the touch-line. Supposedly he's been sent home by the medical staff with the Norovirus (stomach flu). I'm all for pushing through illness, but it's hard to be effective when you're experiencing vomiting, diarrhea, and muscle ache and weakness. We're not talking about a cold. Rather understandable that he's not there. Hope he gets well soon.

I hope Hendo plays like this whenever he plays

We aren't even playing well, but QPR are so bad

Sterling worst player on the pitch. He isn't even trying.

Sterling still needs a few years in the reserves.
Everything else has been great.
Second half please.

Honest to god what are you talking about? Can you not even watch a game we're winning without finding something to whine about? The foul wasn't even talked about in the halftime highlights, and nobody on QPR seemed to feel it was that bad. Clearly unintentional, and you should F*** off.

Come on.
Gerrard is easily the second best attacking outlet our thin squad has right now. Your arguments are pointless until Gerrard stops getting these continuous goals/assists or some scrub like Shelvey or Sahin start doing things that will get noticed.

FT 3-0
Good win, Needed the goals especially Suarez.
End the season on a high? Nope the Av and Stoke losses are still hurting.

January window at last, Get in a striker and a LB.

Enrique pulled up his hamstring where does that leave in terms of LB's?

He's not even a Pool fan, I don't know why he's pretending.

Honest to god what are you talking about? Can you not even watch a game we're winning without finding something to whine about? The foul wasn't even talked about in the halftime highlights, and nobody on QPR seemed to feel it was that bad. Clearly unintentional, and you should F*** off.

You didn't see Steven Gerrard slap that QPR player in the face around the 30 minute mark? It wasn't called a foul, though. It's still disgraceful behaviour to be honest, but it was a good performance by almost every player. Luis Suarez was absolutely brilliant, one of the best in the Barclays Premier League.