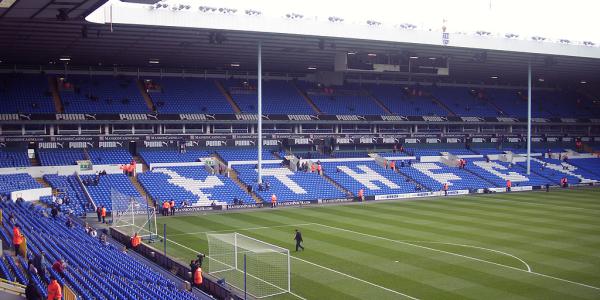 Liverpool return to action on Wednesday night when they travel to Spurs.

The Reds will aim to extend their eight-match unbeaten run in the Barclays Premier League. [ Nishank

]
Last season's corresponding fixture ended in a 4-0 win for Spurs over a nine-man Liverpool side, who had Martin Skrtel and Charlie Adam sent off.

Liverpool-
Lucas edges closer to a return but this game might be too soon.
Borini and Kelly are long term injuries.
Wisdom should be available for selection.

Spurs-
Assou Ben Ekotto and Brave Scotty Parker are the injury concerns for them.
Kaboul will face a late fitness test.
Adebayor is banned for this game i think.

A win could move upto 8th position if results go our way, 1 point from Spurs and 2 points from 5th spot.
Hopefully we win but i have a feeling it will be a nervy 90mins for us and they will keep catching us on break.
Bale and Defoe are the players to watch out for.

Hopefully we get the 3 points, I got an exam 3 hours after this game.
YNWA

Refering to team selections; Dembele is a chance to play and could possibly come in for Huddlestone and Kaboul wont play 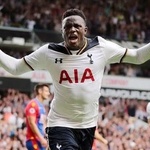 A win here would be massive for us, but I think we will need to score at least twice to get that.

Judging on past performances against Tottenham, I'd be surprised if we came away with anything.

We will get another draw imo

While a Spurs fan, I don't really see where Liverpool can win this game, but considering how well Liverpool has played this season I could see them coming out of this game with a point potentially.

However, if you are a Reds fan you should be excited given how easy the schedule gets after this fixture. I could see them going on a decent winning streak heading in the Jan. 13 fixture with United.

I could definitely see the Sandro---Dembele pivot this game. Dembele got a run out on the last 2 games we've played and he looked good as new last game, while I think AVB might want to be careful, this fixture might be big enough to convince him to start Dembele. And if that happens ooooohhhh Liverpool you better look out

Spurs fans will be happy after a great performance last weekend and if Tottenham starts well the atmosphere will be great for the Spurs. It's an important game and recent history tends to favor Tottenham, so I'm hoping that trend continues.

If Huddlestone starts, I give a slight edge to Tottenham. If Dembele starts, I'm fairly confident of a Tottenham win.

That being said, it will be a great game and I look forward to sparring with Liverpool! I'll be watching it delayed because of school, but I'll still be able to watch

Motogp69 wrote:While a Spurs fan, I don't really see where Liverpool can win this game, but considering how well Liverpool has played this season I could see them coming out of this game with a point potentially.

Are you kidding me mate??? I'm not delusional but there's no way in hell Spurs are remotely better than us in any way. Our players are just as good if not better than yours, the only difference being that we are underachieving. I'm confident of a win and heck I'm expecting a win.

As you can see, it was under Rafa that we last won against Spurs in the league, and that was at Anfield. Since then, we’ve scored one goal to their eight. One way to look at that stat would be to suggest that they have our number. Another is that we are angry and due a good win. Likewise, our early season performances would seem to play into Spurs hands: exposed in defense, prone to mistakes, and susceptible to the counter. However, our more recent performances (barring the Young Boys fixture) suggest a maturing philosophy and increasing comfort in defense.

Therefore, I think you can read into the stats what you wish. Neither squad have truly convinced yet this season, though Tottenham are obviously in the better position so far. However, if it were not for an obviously incorrect offside against Everton and a very suspect offside against Swansea, we would be level on 20 pts. Suddenly, Spurs don’t look quite so superior, do they? Granted, the reality is that we are four points behind and have only won 3 of our 13 matches. Call me a deluded optimist, but I do believe some of our performances have shown that we are better than that record.

It would be a lie to say I am optimistic about this fixture. Due to Spurs explosive ability in the final third (Bale, Dempsey, Defoe, etc.), their ability to score on the counter, and their recent performances against us, a point is an acceptable return. I would love to get three, and I believe we are capable of it. However, we will need to take our chances and will likely need to score at least twice. Suarez will need help similar to what he received against Wigan and Swansea. We just need to hope that we are as clinical as the Wigan game, so that we are capable of terrifying more than the crossbar.

I'm feeling a 2-1 victory for someone. I just can't make up my mind who walks away with the points.

To nullify the wing threat of Spurs, I think Rodgers will opt for a 5 man backline (3 CBs and 2 wingbacks).

This game will be surely interesting, it will be
Mourinho student Vs Mourinho student
There is no way we will loose this game. Either it will be a draw or a liverpool win. I saw the way they defended against Arsenal, after being down to 10 men I hope Suso starts this game instead of hendo, gerrard and Allen playing togther; then we can see how it is going and decide later on sub. Assaidi too or at least few minutes for him. I think Sterling should play on the right wing to help Wisdom a bit against Bale, in case we don't play 3 CBs.

Lennon-Dempsey-bale
Defoe
We will have tough time defending against these. Dempsey has got some form back in last game.Also we must stop Bale taking shots from outside the box.
Suarez will be nightmare for spurs CBs. We will score for sure.
Cant wait for the game to start

undecided about this actually..i'd like Johnson at RB and sterling in front of him to negate bale's threat..who to put at LB am not sure (no downing pls)cos i want enrique upfront as he's another man who can score...will be happy to see sahin given a chance too.

If Wisdom is fit, I dont think BR will play Glenn as right back

Dembele is back, I dont see Liverpool winning that easily. Will be glad if we draw, If we win, Ill be happy.

I say we get optimistic the lot of us. It's not like we haven't got the ability to beat Tottenham at the Lane. I know I've been one of the most negative posters here in this season - and I stand by my criticism for as long as I see reasons for it - but it doesn't mean I've lost all hope. So come on, let's go and win this damn game!! 1 - 3 to us!!

Art Morte wrote:I say we get optimistic the lot of us. It's not like we haven't got the ability to beat Tottenham at the Lane. I know I've been one of the most negative posters here in this season - and I stand by my criticism for as long as I see reasons for it - but it doesn't mean I've lost all hope. So come on, let's go and win this damn game!! 1 - 3 to us!!

No changes in Liverpool line-up

but Wisdom on bench. I hope BR goes for a early sub.

Art Morte wrote:I say we get optimistic the lot of us. It's not like we haven't got the ability to beat Tottenham at the Lane. I know I've been one of the most negative posters here in this season - and I stand by my criticism for as long as I see reasons for it - but it doesn't mean I've lost all hope. So come on, let's go and win this damn game!! 1 - 3 to us!!

JackBlack'ingHell, I want to win. Come on, Liverpool, come on. You can do it. Please do it. YNWA!

Art, your optimism is getting me pumped!!! LETS GO REDS

why why why u scheiße clowning....why!!!