Strengths: Albiol possesses the natural attributes necessary for any centre back as he is tall, sturdy and quick.

Weaknesses: Has not been regularly tested at the very top level and could be exposed by the best in the world.

Career high: Winning a move to big-spending Real Madrid in the summer of 2009.

Career low: At the age of 18 and on his way to sign on loan for Getafe, Albiol was involved in a serious car accident. He had his spleen removed and was in intensive care for 17 days, but somehow recovered to feature in the second half of the season.

Quotes: "We have signed a versatile player and one of the best defenders in Spain and Europe. He is a magnificent example of what you get when you combine talent, effort and sacrifice." Real Madrid president Florentino Perez, July 2009.

Trivia: Albiol played alongside Cesc Fabregas and David Silva at the Under-20 World Cup in Holland in 2005. 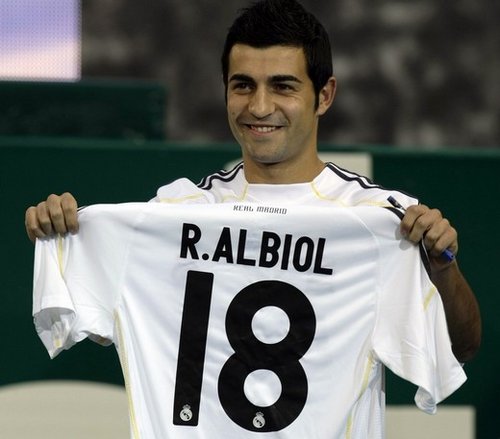 The Valencia player of Real Madrid Raul Albiol has married his girlfriend and mother of his two daughters, Alicia Roig, in a religious ceremony held in the cathedral of Valencia.

The ceremony started late and among those in attendance were club-mate Alvaro Arbeloa and selection and the club's sporting director, Miguel Pardeza.

Albiol, European champion in 2008 and the world in 2010 with the Spanish, was born in Vilamarxant (Valencia) and is 26 and started playing in the youth ranks at Valencia before military on loan at Getafe return to the Mestalla club, where he stayed for four seasons.

In the summer of 2009 was transferred to Real Madrid, the club has played the past two seasons and that has a contract in force.

It so happens that Raul Albiol is the first wedding feast which is celebrated in the Palau de les Arts in Valencia, which has recently begun to enable for this type of event. 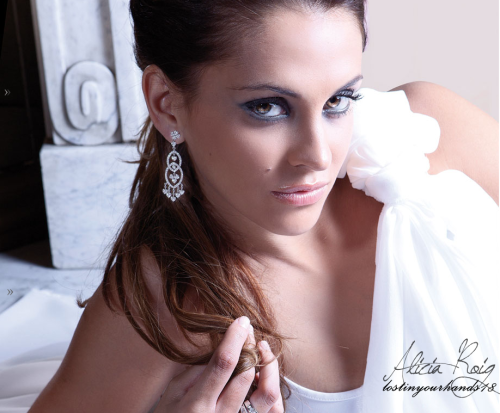 and he is far from assured at times, shaky dude 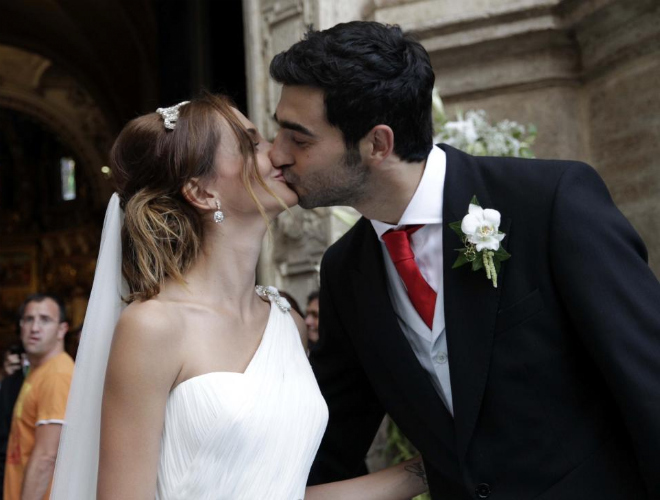 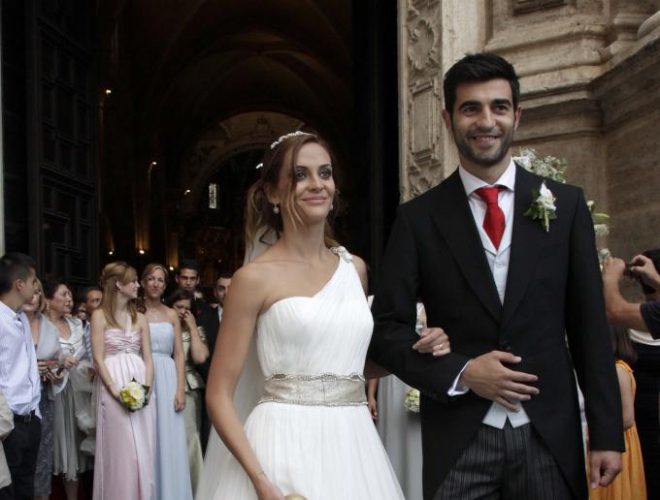 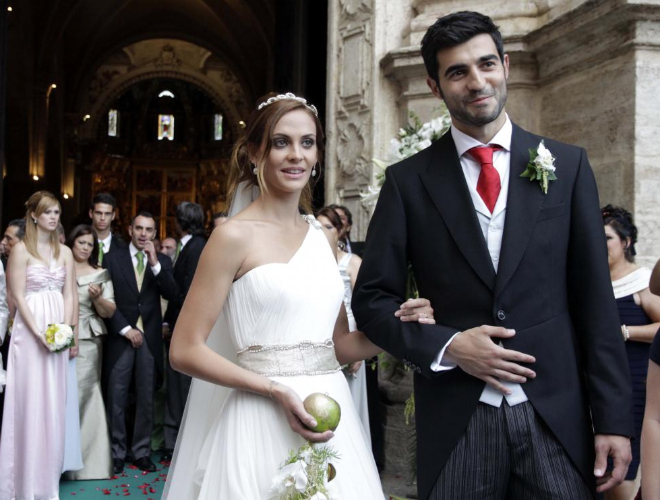 I wouldn't say he is quick lol.

I would say, that is a terrible choice of attire.

Class for class, not class for flash.

Ohhhhhh, hes the one who gave away an stupid penalty to barcelona..
No cookie for you.

That shouldn't have even been a penalty

What,he practically head locked him into the ground!!!!! And he did the same thing in the next game. I was a supporter of him (in a support role) up until then, but in those games he lost it. He couldn't contain them so he simply took him out (in the box). How is it that not a penalty?????

I have nothing good to say about this player. I do wish him luck in his future endeavours though.

I can't disagree with bill, it was a clear penalty.

Whats with the apple? lmao

villa did make the most out of it i agree, but his head was practically inside albitrolls armpit ffs lol

This guys is truly awful, got destroyed again against italy.

when you get badly destroyed by italy's forwards you know something is wrong.

albiol should go dig himself into a grave or something, how far does he have to dig?

I was happy when we signed him, because he was a spanish player.
But now I know he is just a terrible player. If I recall correctly, he was our 2nd choice defender for the 2009 season due to injuries. He wasn't this bad, was he?

i think that just because he is spanish and he plays for us people expect him to be good, believe me im a better defender.

@♠Ace wrote:I was happy when we signed him, because he was a spanish player.
But now I know he is just a terrible player. If I recall correctly, he was our 2nd choice defender for the 2009 season due to injuries. He wasn't this bad, was he?

Perez bought him to be our first choice CB along Pepe. PATHETIC

I think it may just be bad form, you guys are too hard on the guy.

Yesterday at 9:41 pm by Firenze

Yesterday at 9:19 pm by rincon

Yesterday at 8:49 pm by futbol_bill

Yesterday at 7:19 pm by BarrileteCosmico

Yesterday at 7:04 pm by Nishankly

Yesterday at 6:44 pm by BarrileteCosmico

Yesterday at 6:15 pm by RealGunner

Yesterday at 5:52 pm by BarrileteCosmico

Yesterday at 5:51 pm by Firenze