It was doom and gloom going into this game. Despite having a one goal advantage over the Italian side, not many fans felt very confident in our ability to finish the job in Udine. The team needed a strong showing tonight on top of qualifying for the Champions League.

Thankfully, this is what we got.

First Half
The first half was quite open, as opposed to the nervy start I was expecting. Udinese came out the traps straight away since the owness was on them to score, while we, with the pace of Walcott and Gervinho, looked threatening on the counter.

The added presence of Frimpong really helped with Udinese's physical midfield. Unlike in the first leg, Arsenal weren't overrun in this area and had much more posession. The problem we faced here though was that Song went forward frequently, while Frimpong stayed back and sometimes space opened up in front of our back four; quite similar to the first leg. Holding onto the ball for longer and pressuring the opposition helped alleviate the problem somewhat, but it was as soon as we switched off that Udinese took the lead.

I'm sure people will be quick to blame the centre backs for not going with the run of Di Natale but that wasn't the problem. The problem was that we applied no pressure on the ball and allowed the Udinese centre back to bring the ball out the defence and play a ball forward. The pass took all three of our central midfielders out the game, which resulted in Pinzi having a lot of space and time to play a ball over our defence. From here, you have to give credit to Udinese as the ball from Pinzi was great and the header from Di Natale was exceptional.

Udinese did deserve that goal, having created chances and hitting the woodwork - Di Natale again proving to be a real handful - but I think we should have scored long before that. We had a few really good opportunities of our own but didn't take them.

It'd be fair to say that things weren't looking particular great at the end of the half. Arsenal looked good but were still having problems creating clear cut opportunities. Defensively we were okay, though I felt we were weak down Sagna's side as he often followed the ball instead of Isla. Di Natale caused real problems for Djourou and maybe on a different night Udinese would have had more than one goal.

Second Half
As it was, we needed to score to prevent the game from going to extra-time. And score we did. Some great play from Gervinho set-up van Persie for an easy tap-in and his first goal of the season. That goal pretty much ensured we went through, as Udinese had to score three times.

Of course, we do have a habit of making things difficult for ourselves and we did so by giving away a penalty... a rather inconspicuos penalty, I have to say. Fortunately, Szczesny pulled off a fantastic save to retain our lead.

After that, we probably put in our best performance this season so far. We defended well, kept the ball well and created a couple more chances. Walcott's goal just capped things off nicely.

Once that goal went in, the game pretty much just fizzed out.

Dynamic Forward Trio
This front free of Gervinho, Walcott and van Persie looks, to me, to be very threatening and very potent between the pace and intelligent runs of Walcott, Gervinho's trickery and van Persie's goalscoring ability.

The only thing that's letting it down is the midfield. In order to maximise the potential in this forward line, we need a real creative force supporting them. Ramsey will improve and Wilshere will return, but I still think we need that player that can provide that moment of genius.

Much Needed Confidence Boost
This win, of course, puts us into the draw for the group stages tomorrow. What is also does is give the team, and the fans, a much needed morale boost. While it is important not to get carried away with the result, the performance tonight was very good and the team showed good togetherness and determination. There were some very encouraging signs; the next step is to do it on a consistent basis.

Player Ratings
Wojceich Szczesny - 8. He's had an excellent start to the season and has been our best player so far. That penalty save was excellent and he was typically assured. Really hope he can keep this form up.

Johan Djourou - 6. Struggled with the runs of Di Natale.

Thomas Vermaelen - 7. Solid and agressive. Had a good performance despite giving away a penalty.

Bacary Sagna - 6. A mixed performance. Sometimes he was very good and other times he struggled. Set-up Walcott's goal, though.

Emmanuel Frimpong - 7. Was good for the 45 minutes he played. Didn't let his enthusiasm hamper him and he put in some very good tackles.

Alex Song - 7. Overall had a solid game, though perhaps should have played a bit deeper in the first half.

Aaron Ramsey - 7. His most industrious performance so far. Not so much a creative force, but made up for it by working hard and clocking up the kilometres.

Theo Walcott - 7. Made intelligent runs all night and scored a very good goal. Should have scored more, though.

Gervinho - 7. Was very good on the ball and set-up the first goal with some excellent play.

Robin van Persie - 7. Was more involved in the build-up and scored a typical poacher's goal.

now for the CL title

WELL deserved! now we gotta take em one game at a time!!!

Indeed it does, but I think of our next match and shit my pants.

So Proud of the lads

I really liked the end of the game. RVP, Rosicky, Ramsey all showed great understanding.

Plus Gerv was fantastic i thought....

great game by our forwards RvPinho, Gervinho, and Theodinho, but.....

He talked about Squillaci's quality too. Made me want to see what all the fuss was about. In the end, i was severely disappointed

What a game so happy. 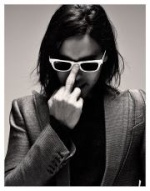 Still need a creative midfielder as we have seen yet again the forwards did well and showed there quality.
Whole backline was fantastic Woj did especially well, their goal while our defence could of done better was a fantastic finish.
Ramsey and Song did their jobs well but we really need someone who oozes creativity as the third piece.
Would of loved to see AoC come on instead of Traore.

We played well, we were the better team, and we totally deserved the win!

I saw the urgency and intend in the guys tonight, which has been lacking in our first 3 matches!

Should've had a goal at least by half time. We were a bit shaky in defense. And why can't we head the ball away, some of our players are constantly heading the ball upwards instead of forwards!

But lets juz ignore the few negatives, because we played well. Lets enjoy the victory and Lets toast to the victory....... We're in the Champions League!!!

Now, Arsené Wenger, should juz get active in the transfer market. We need at least 2 more good quality signings.

Very important result, Should help you in the match this week end against the mancs..

Debut in the Champions League even before the PL? That would be a record.

For me, Wilshere is already an Arsenal legend!

Both sides deserved to go through, no side was better than the other to be fair, this is from a neutral point of view.

I would have loved to see AOC given a chance near the end.

Now we can put this behind us, and focus on bringing in new players.

He talked about Squillaci's quality too. Made me want to see what all the fuss was about. In the end, i was severely disappointed

He is still too young.. Just cause he is a talented kid don't mean he has to be given chances.

He will get the odd carling up, fa cup games depending on how he does in those he might get more chances.

By the way, Gervinho, my MOTM!

Debut in the Champions League even before the PL? That would be a record.

Yesterday at 1:07 pm by Warrior