It doesnt make it factually incorrect either just because you "don't like it". Its not like he dissected our entire tactics but he noticed a very common theme in our game thats not entirely worthless because it's a pretty accurate observation.

After 2 years of the same bollocks week in-week out, it is very surprising to see you stand here and defend Valverde.

Most obvious example: Roma-Liverpool exits are like mirror reflections. This man is not learning, adjusting or elevating our game.

You can say "but he won La Liga losing only 3 games all season" and that's true, but is that really an achievement with a crippling Madrid and Atleti which barely ever poses a threat in the title race?

They should have lined up a replacement for him long ago. At least get someone who has life in him. I remember you ranting about his lack of motivation ages ago, dude

I've matured enough to realize that results don't matter...... Style comes first, to be able to enjoy the game and not want to pull your eyeballs out

I'm not talking about Pep specifically either, there's a shortage of quality managers but there's still some around

Also Pep gets eliminated because he makes stupid mistakes or overthinks, Valverde doesn't think at all. Big difference. Pep never gets COMPLETELY outplayed.

Mate, it's garbage what he wrote. Not because I don't like it but because it is a fact.

Look, here is the full game:

Look at the situation at 24:07 (first screenshot) and beforehand. He writes about distance between midfielders but it's a situation after the ref blows the whistle and we actually play it out of the back with no fuss.

They press aggressively with 3 men in the center to block the central defenders and DM. Ter Stegen smoothly sails it over to Alba. When they have 3 people in the middle they can't also have numbers out wide or they will have a huge gap in the middle so Alba is relatively free and ter Stegen will find him 9/10 times with his passing ability. No issue whatsoever with that play.

Look at video minute 15:47 when Xavi receives the ball. The other CMs (Keita, Busquets) are completely apart somewhere and don't always retreat in 100 % theoretical optimal positions but Xavi is a genius and finds Keita with an outside of the foot flick pass under pressure.

That's why it is such a pseudo-analysis from that guy. You can take literally every game, even of prime Barca 10/11, stop somewhere and write how players should be 5 millimeters elsewhere optimally. 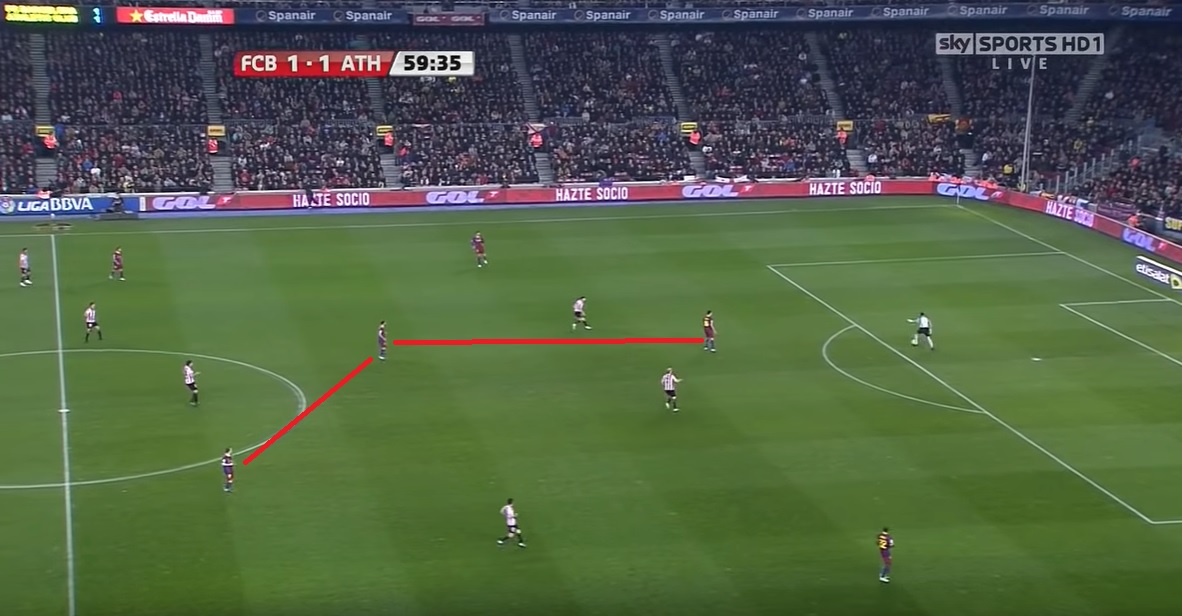 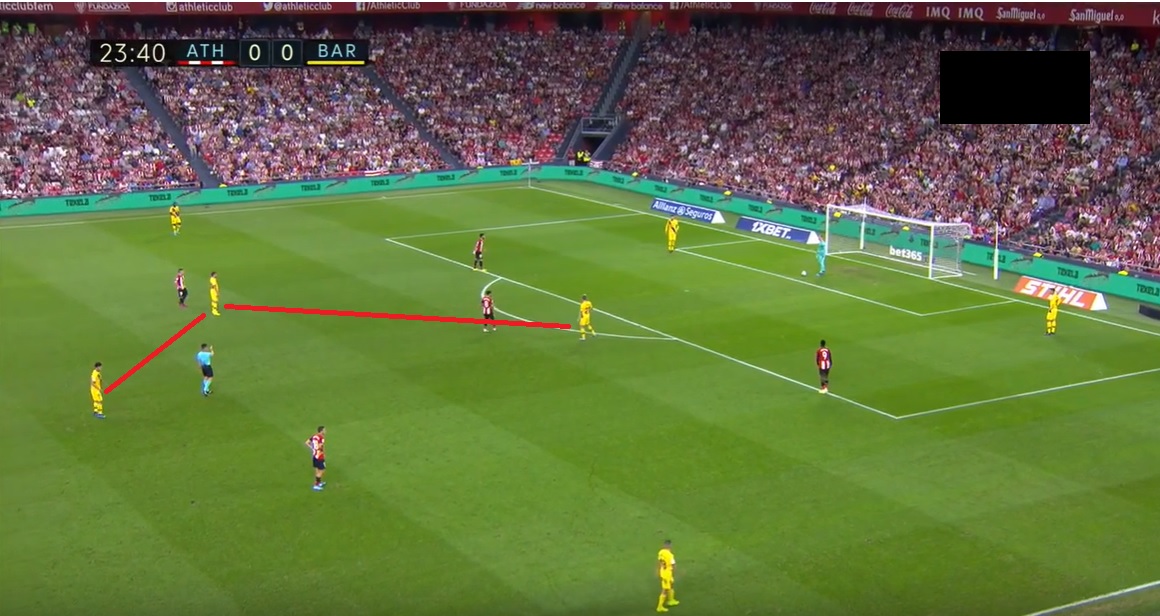 Only difference: 10/11 screenshot is home game and Athletic don't press that high as they did last game in their own stadium.

Hope Valverde sticks to the midfield he picked against Bilbao and doesnt revert to the status quo after a defeat. I like a midfield of Roberto, FDJ and Alena. It is young, reasonably athletic, technical and dynamic. Busquets and Ralkitic need to be benched.

Not gonna happen, expect Busi to start & De Jong in a more attacking role alongside Rakitic.

Forward line is a mystery with Messi, Suarez and dembele injured

Alena not called up

Expect Busquets and Rakitic aka Dumb and Dumber to start. I am done with Valverde too.

I want Pep back. He would get rid of the oldies like he did in his first term here. Out with Busquets, Rakitic, Messi, Vidal and Suarez.

Is this going to be Frenkie's first start as a CM? I always had my doubts about him playing as a sole pivot and the game against Athletic Bilbao strengthened them (although he did well in preseason).

Let's see how he fares with Busquets behind him. I think he'll play better.

@Casciavit wrote:Is this going to be Frenkie's first start as a CM? I always had my doubts about him playing as a sole pivot and the game against Athletic Bilbao strengthened them (although he did well in preseason).

Let's see how he fares with Busquets behind him. I think he'll play better.

He did well against Bilbao. Bilabo realized that they had to take him out and Raul Garcia man marked him. Tried to shadow him throughout the game. But FDJ is too smart for that and started getting free after half an hour. From then on, he controlled the midfield.

beautiful 1-2s by rafinha and co, team is doing its best to play tiki taka in spite of valverde

Great play and Busquets has to spoil it as usual.

Credit where it's due though, it was a nice finish

I wish he gets a season ending injury. Only way we get rid of him.

This Pérez dude should start ahead of Dembélé.

Pique another jobber, so clumsy

Match is as expected. Barcelona with most of the ball but Betis are no pleb team. They are fantastic on the counter.

Ridiculous referreing.
Penalty not given and every call going Betis way.

Very nice ball from Busi to Alba, should've been a goal (and would've with Messi)

It seems Busi's minutes are counted though, Vidal is warming up

Poor guy, he's trying hard. His finishing has been atrocious though.

Yeah can't blame him for that, he's playing well

Wonderful play from us. Rafinha looks reborn. And Perez with a wonderful half. Thoroughly enjoyable football from us. Roberto has probably been the best player on the pitch. RCM is his to lose based on that performance.

De Jong playing almost left winger role though, not sure what Valverde told him after 15 minutes

What's behind the glitter celebration?

Griezmann recovering possession at the 20th meter and building up play. First Barca match of the season I watch and I'm pretty impressed with him.

Today at 5:13 am by Robespierre

Yesterday at 3:25 pm by VivaStPauli