Preferring Maddison to Oedegaard, don't even know what to say to this kind of folly

Except it's the kind of judgement that has Arsenal in mid table while still keeping their inept rookie manager.

@Hans you are not factoring in PL experience. Its worth more than gold. After all Artbeta himself has PL Experience!

Xhaka had agreed a five year deal in principle with Roma.

After weeks of negotiations the Italian side have failed to significantly increase their offer.#AFC now set to offer him an extension as a show of faith, as reported by @amylawrence71. https://t.co/KrJOamhj3W

One less mid to buy, I guess. 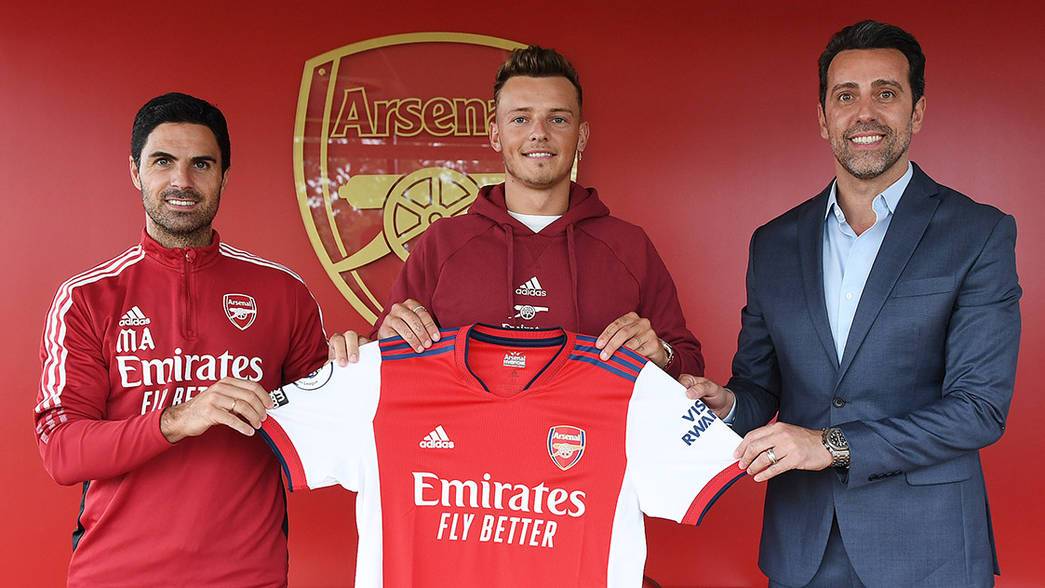 i guess a positive out of the Xhaka thing is that we didn't budge for peanuts... these clubs need to start taking us serious with their valuations of our players ffs

i hope Arteta sticks with the Lokonga - Partey midfield heading into the season. Xhaka can lead the midfield in the league cup

Xhaka is still our best CM in my opinion until Partey and Sambi prove otherwise. At the risk of sounding like Wenger: I think keeping Xhaka is like a new signing.

State of the window so far:

Ins:
Odegaard - Spanish reports have been going back and forth on this recently, but it seems he wants out of Madrid and Arsenal are poised to bring him back. What form any deal would take is still unknown.

Lautaro Martinez - Yes, you read that right. The Athletic reporting today that Arsenal want Lautaro and Inter are willing to sell for anything north of 70m. Would be contingent on Lacazette and Nketiah leaving and isn't a priority BUT, seems like its one of those rare opportunity things. Would be a significant coup if we pulled this off.

Outs:
Bellerin - Has gone from a straight sale, to a loan with an obligation to buy, to just a straight loan with Inter the likely destination. Ateltico are interested as well but only if Trippier goes to United. Also possible Arsenal will extend his deal if he goes on loan to protect his value etc. Still likely to leave given his lack of pre-season involvement.

Xhaka - Roma wants Xhaka. Xhaka wants Roma. Arsenal want cash. Roma don't want to pay cash. Deal off. Now Arsenal are gonna give him a new deal in a "show of faith", which is a remarkable turnaround. We'll never be free of him, will we? If Roma manage to shift some mids it could still happen but it's looking more likely he'll be staying.

Willock, Maitland-Niles, Nelson and Nketiah - The Hale End lads are still with us. Not really sure what the plan for these guys are.

You can see the trend here. Selling players has been very difficult. It's not just us, either. This is a really bad time to get fees for players with budgets shrinking all over the place, though the lack of Premier League interest in our English lads has been disappointing.

It's gonna be another late show. I've a hunch Odegaard will arrive, and the deal could be done quickly if he's allowed to leave. Obviously that'd mean no Maddison but that's okay. I think Odegaard suits our intended style of play better. Then you have Lautaro who really is a wildcard and if it happens, it'd be a last day type of thing. Signing those two would bring the summer outlay to around 200m.

sell Lacazette for about 20 mil, send Bellerin to Inter and add the extra 30 mil in cash for Lautaro. Get Odegaard on loan again. Good summer.

Chambers and Cedric should be enough for RB for now as both in recent form are better than Bellebum... we can reinvest in RB in the future when we are able to

Lautaro? the guy doesn't want to join you and why would he.

@El Gunner wrote:uhmmm the rumoured reports say that he is actually open to the idea

then the rumoured reports are wrong

That'd be a big step down currently, from Inter to Arsenel. Big wages could make a difference however

Nah. PL is an instant step up.

Arsenal pursuing a deal for Leicester’s James Maddison, who’s open to the move. Likely to take a lot to make Leicester sell, though #afc #lcfc https://t.co/gjLroGTiCU

Hopefully Tammy Abraham will wait for us.....

Southampton should come with a good offer for Nketiah

Seeing that they just sold Ings

Spurs have agreed a fee for Lautaro Martinez. Allegedly.

what?? fuck my life

Exclusive: Newcastle have agreed a fee with Arsenal to sign Joe Willock on a permanent basis. Personal terms still need to be finalised so deal not yet done. Price would be in excess of £20m for the 21y England youth midfielder @TheAthleticUK #NUFC #AFC https://t.co/T0AIMXOqHN

Can't believe you're selling the next Frank Lampard

i like him, i think he is one of our better CBs. But 20m sounds good, especially if it can help us secure funds for a creative player.

Would sell him, but we will be down to 3 defenders for the season, which isn't good. Next season will be best cause his stock will be higher and Saliba will be back

Some strong links with Tammy today. Probably agent talk but who knows

Yes, better than Lacazette
Can easily be 1 in 2 goalscorer if he plays regularly and bring some physical qualities we lack up front

Today at 1:48 pm by RealGunner

Yesterday at 7:51 pm by Hapless_Hans

Yesterday at 4:22 pm by iftikhar

Yesterday at 4:19 pm by iftikhar