-| Blast From The Past | Former Players Thread| -

As reported by Radio Bio Bio, Arturo Vidal has stopped training today with the Chilean national in Miami for a pain in the operated knee before the World Cup. Concern in the clan of the Roja, with Juventus midfielder who will follow in the coming days a customized program. It remains to be seen whether the two will play friendly matches against Mexico and Haiti at this point.
====
I hope he retires from international team... Fuk that shit....


You shouldn't blame the national team for his injury.
Looks like we weren't over reacting over his injury.
I just hope we don't regret keeping him.


I'll never sell vidal. I'd blame the NT especially, cuz they are responsible for stressing his knee and not giving it a rest. He didn't have rest after he got the injury, cuz it was the world cup...

You can't blame the NT. He just played 85 minutes last Saturday against Chievo. So, how is the NT team to blame for him getting injured? Vidal could have said no to playing for Chile if he needed rest, but he loves playing for this country. You can't fault a guy for wanting to play for his country no matter how important the game is.

Man his knee really is a mess ffs.

Tomwin Lannister wrote:Man his knee really is a mess ffs.

Ah so it's Chile being *bleep* again lmao

Still mad with us

Ahhhh, thanks Vidal for reassuring us that your knee is fine.

Sorry for believing the BS and all stupid stuff in the media.

Tomwin Lannister wrote:Man his knee really is a mess ffs.

You had me scared there for a second. Salmano you need to calm down, you get angry too quickly nowadays.

GIGItheBest wrote:You had me scared there for a second. Salmano you need to calm down, you get angry too quickly nowadays.


Hahahahahah I just love vidal way too much

Juventus midfielder Arturo Vidal silenced doubters by playing 90 minutes for Chile. “My knee is 100 per cent.”

There had been reports his knee would not hold out, but Vidal was on the field for the full 0-0 friendly draw against Mexico last night.

“Now I am ready for the flight to Turin and in this game I proved that I can play in every Juventus match this season.

“I feel in great shape. We have a series of big games coming up: Udinese, then the Champions League and after that Milan.

“They will all be tough, I will have to be 100 per cent, but tonight I proved that I can play a full match without problems.”

and praising woodward + van gaal because they dodged a bullet with Vidal.

and praising woodward + van gaal because they dodged a bullet with Vidal.


What is sad is that they are more 'happy' for Vidal's injury than for Di Maria and Falcao.

I read some comments of Man.U fans and I must say they look a bit foolished by their media...they really underestimate players outside PL,even the best box-to-box midfielder looks just a good solid player available for 30-40 mln € to them.They look stupid unfortunately.

21:00 - Bad news for Massimiliano Allegri. Arturo Vidal is back with an injury from the toils with Chile. Was announced by the official website black and white: " Day after day, with the return of the national retreats with their selections, coach Allegri can count on a largest group in the preparation in view of Juventus-Udinese, that is the game that marks our home debut season - you read about Juventus.com -. Indeed, today returned Lichtsteiner, engaged in the first match of Euro 2016 qualifying with her ​​yesterday in Basel, Switzerland , Caceres, fresh from victory against South Korea and Kingsley Coman, Under-21 French. Vinovo In the afternoon session, the Bianconeri have faced challenges in mini theme (one against one, two against two, three against three) for to memory mechanisms in the game with intensity aerobic exercises. Vidal yesterday came back from the National with a muscular problem in the posterior region of the right thigh. today was rested. Tomorrow will run diagnostic tests to assess its readiness for the next matches. "
====
So, Vidal does have an injury, but not with his knee... -.-

Midfielder Arturo Vidal returned from international duty reporting muscular discomfort at the back of his right thigh. He sat out training today and tomorrow will undergo tests to assess his availability for the Bianconeri’s upcoming fixtures.

24:20 - VIDAL MAY BE STOPPED 20 DAYS - Juventus, today, continue the march to the match against Udinese. Allegri finds himself Buffon, Bonucci, Ogbonna and Giovinco return after commitments with Italy. In today's day, is also expected the response of the tests to which they submit Arturo Vidal. For the Chilean talking about a stop of about 20 days.


Arturo Vidal insists he is happy at Juventus “and that is more important than money” at Manchester United.

The Chile international had been at the centre of a transfer tug-of-war all summer with constant daily updates and reports from England that he was undergoing medicals.

All of it proved to be untrue, as Vidal remained in Turin and finally explained what happened to Tuttosport.

“The truth is I was relaxed and calm this summer, focusing only on my knee. I never once asked my agent or Juventus if something was happening.

“I have a pact with my agent: if there is something concrete, then he alerts me. He did not alert me.

“I don’t know exactly what happened during the summer, but I doubt it was anything truly important, otherwise he would’ve warned me.”

If Manchester United had made a firm offer, what would Vidal have replied?

“I really don’t know... I can only say that I am happy in Turin. I am happy, my wife loves Turin, Alonsito and the little one are happy here.

“My family’s happiness is more important than money or anything else. At Juventus I am happy, it is my home. It’s always tough to leave your home, isn’t it?”

So glad Quags is doing very well in Toro this season

Hopefuly he won't score against us! Scored a volley today vs Napoli!

so its true what Allegri said, Vidal was partying and missed a training that's why he wasn't playing. 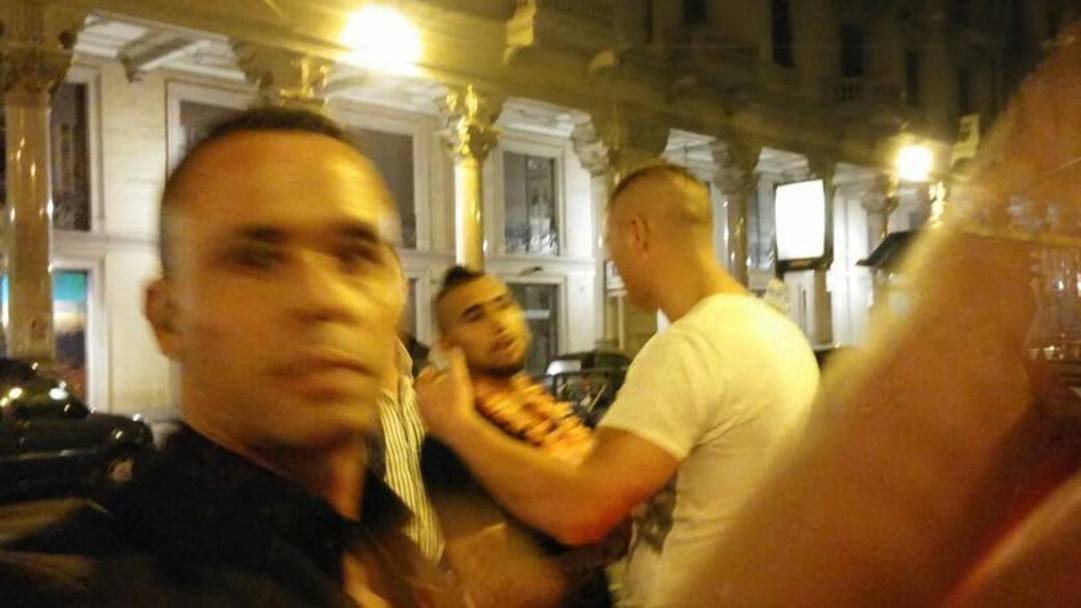 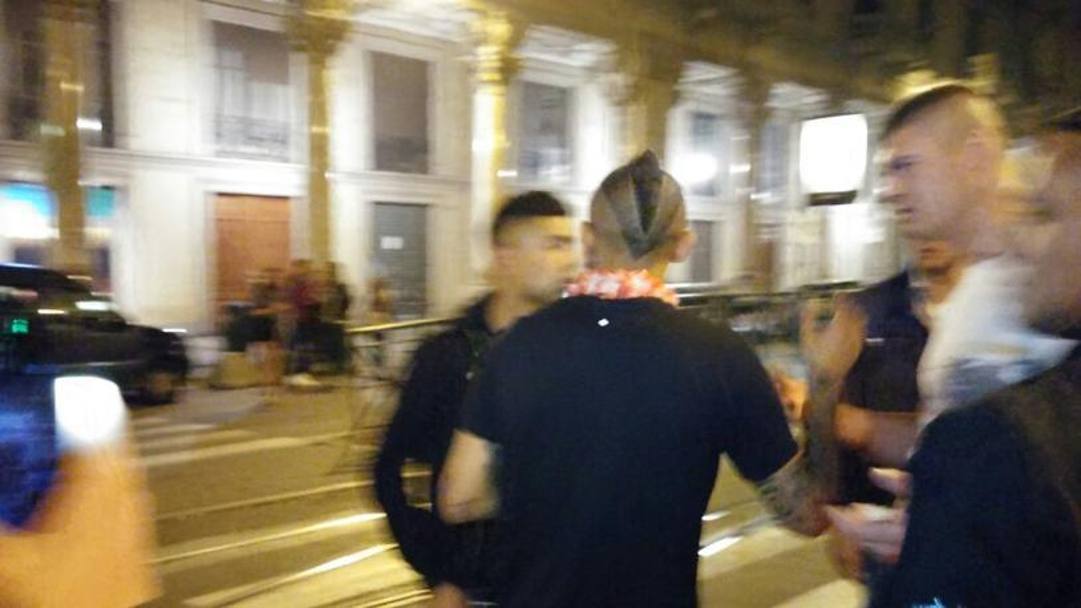 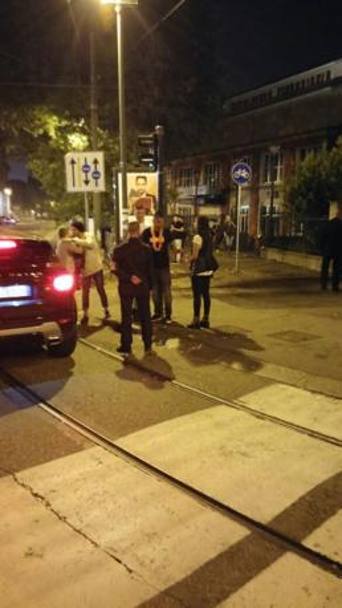 Vidal is better than that. If this is true I don't think it will happen again.

We have good discipline in the club. Let's keep it up or else our players won't care less. ..

Vidal is a known partier.... this is nothing new. His nightlife issues have been rumored for years (same with Ozil at Madrid btw).

i dont see the issue if they're not getting drunk and just getting babes. just my opinion though

It clearly hasn't been affecting his performances or his attitude on the pitch these last 3 years so I don't give a crap about this personally.