Well,I've had optimism before a new season every time for the past 5 years and even though it all turned to shit,I still have the same optimism,this time even more as it actually seems like we're willing to spend and improve.We also have the best manager that we could get at this point so we can be pleased with the work done so far,however more work on the market is needed if we are actually to make a step forward.Let's have it...


From pre-season so far,it seems Mancini has changed his approach from his classic diamond formation anchored by a DM to try to play faster with a regista flanked by two B2B midfielders and Hernanes behind the strikers.If we fail to sign more wingers I guess this is it.I haven't seen any pre-season games yet,but I'm reading that it's Kovacic back in the regista role he had under Strama...

Kovacic back to the spot he described as "his". Jovetic and one of Salah/Perisic...On paper this team is build to reach top 3 but we all know how shit can hit the fan after two poor results at the start of a season. What I hate to hear from our players and mngt is the talk of the scudetto. We have nothing to do with it imho this year, besides it's only Juves to lose..

Btw I don't think we are stronger than Roma atm. If they get Dzeko they'll propably have the 2. spot on lock.

Rombo looks like the system we are going to use and for me it's okay , definitely proved for Serie A

Jovetic looks like the closest player to sign and he would be perfect for rombo too ... I've more tactical doubts ( tactical , for the rest I like him anyway ) about Perisic considering he is mainly a winger

Anyway probably the real key of season will be if Miranda-Murillo partnership will work  , y because Ranocchia-JJ were close to be the Ebola under us . It became even useless to score because they would have given at least one goal.
Basically we must hope Miranda is the player under Atletico ( even half of that player 'd be an upgrade tbh ) and this Murillo will be the player watched in Copa America ( he was awarded as the best young of tournament). Never followed during Liga season , I am never involved by NT tournaments hype so he is still an unknown  for me

About the midfielder , luckily Kondogbia will be used as B2B and not DM, I am  glad to keep Kovacic but I rate him as mezz ala more than regista as Stramaccioni-era but we'll see .. surely better than trequartista, because he is a midfielder so he might also work as regista ... About the other player on midfielder, it looks like a " run-off " Guarin-Brozovic atm . I haven't still a clear idea about Brozovic, he began very well , then he fell / collapsed during the year. Even unlucky tbh , he scored that 2-0 against Juve but it was disallowed unfairly. He's potential to be a complete player on paper .. but we said same thing than Taider tbh

It'd be a fantastic turning point if he maturates this year, we need of this type of player at midfield. As that seen in Inter-Palermo 3-0, in first matches..

I've always found it strange that Perisic is a winger though,he has every attribute of a striker and barely any of a winger.

I agree that the diamond is definitely the best solution with the players that we have and the league we play in,so all is good.

Anyway,Jovetic is the perfect player to compliment Icardi in a partnership,he has the technical ability and imagination.He is also more complete than he seems,a fine all around striker with an emphasis to his technical game.I've watched him since Partizan...Certainly lost some pace though.

With another signing in the left back department (assuming that Jovetic/Perisic deal is bulletproof and will happen) we are looking at a very decent squad.Latest rumor is Siqueira...So potentially: 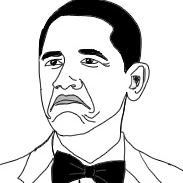 So Vibe you reckon perisic would be a second striker instead of a winger? It makes more sense but I'm not sure that would happen.

Also there's still talk about Melo. Really don't want that red card machine in our team. Medel's better for sure... Which raises another question, what is his role is going to be?

Having said that, I agree with you on being optimistic about the season, heck last season I thought we were going to make it back to the CL...

Well I truly don't know,but if we sell Shaqiri and sign Perisic we have a total of 1 winger,so it would be hard to play him wide unless we sign at least 2 more wingers.

Compared with last mercato , so far ( waiting for Perisic, it looks like close to join with us )  :

Does this end the interest in Perisic or are we still pursuing him?

We certainly need another forward,3 is not enough for a two striker formation.

Not a single goals scored all preseason...

Jovetic will provide the creativity but even without him, Inter should be scoring.

atm Mancini was better about the mercato than tactically.
I don't want to be negative , but  we are very far to be  a team atm .
I see so many   unconnected individualities , and we haven't a soul .
We are slow, clumsy, packed and only Kovacic looks like to have a change of pace.
Probably not even the athletic condition ( very bad atm ) is helping us ...

Nah, you'll probably get 9 goals in the first 3 games

Nah no chances against the future Campioni d'Italia Sinisa got this

well we scored two today, but we used a traditional diamond with Kova behind the strikers...

zizzle wrote:well we scored two today, but we used a traditional diamond with Kova behind the strikers...

I didn't watch the game,but the report said Kovacic had warm up problems and Brozovic started?

zizzle wrote:well we scored two today, but we used a traditional diamond with Kova behind the strikers...

I didn't watch the game,but the report said Kovacic had warm up problems and Brozovic started?

Yep that's what has been reported. Muscle fatigue or something like that. 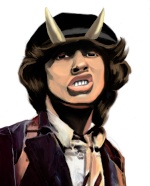 Yes apparently Kovacic was pulled out at the last minute.

On other news Shaqiri has passed his medical with stroke. Perisic incoming or that deal is dead?

An awful pre-season.
Inter-AEK was the worst match in history after Australia-Samoa 31-0 I think.
Won just against the Athletic "B" , no clear ideas about the system we'll play ( Milan has this, and they got Sinisa in June, we had Mancini since January and there is just mess ) , missing still of crucial players in some rules ( at least Miranda-Murillo looks like an improvement) after Shaqiri and Kovacic's departures.
I hope it is not time to think already 2016-2017 season.

I always say pre-season doesnt matter and all that jazz but i am not looking forward to this season, I'm pretty sure we wont get 3rd.

When we dont, we're gonna have to sell players and not be good enough next year to ger 3rd and rinse and repeat... Not fair

So lineup for the first game of the season?

That defence looks quite poor. But then I've never seen Murillo play

Inter should have tried getting some good fullbacks tbh. Jesus is better as a CB imo.

Excited to see Kondogbia and jovetic.

It does look poor, you're right about the fullbacks, we are still in for a left back. We've been linked with criscitio, coentrao and ghoulam... Zenit said domenico is staying while coentrao reportedly only wants benfica
Would love to get ghoulam to be honest, i think he's very good

Same about kondogbia and jojo, moreso jojo since i wanted him for a while 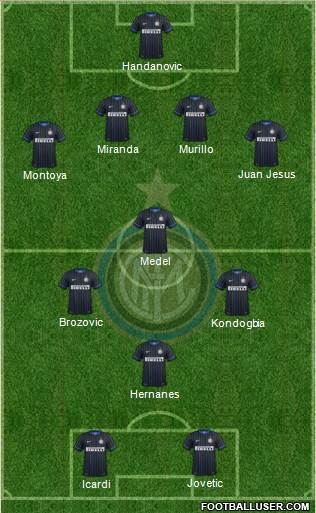 Yesterday at 16:25:13 by Great Leader Sprucenuce