haha they clearly love each other

The best moment today. I love how we are one, we are family


We have always been one since Conte came in 2011

mistakes and failure are what can create an eclipse that allows you see no light, no positives, no hopes, it is the moment when one needs to trust oneself, one needs to believe in success, and search for dignity

Nice going son,even if its some easy tap-ins,should do a lot to improve his confidence.

Hope he's in great form before we come up against Bayern.

Having Dybala,Morata and Pogba in form is what I hoped we would have for game vs Bayern.
Dybala and Pogba are already on a good form while Morata's goals should be a great morale boost for him to work harder.

According to Sky, Real Madrid wants to exercise their option to buy Morata in the summer but Morata's willingness will be decisive.

Marca and other spanish media reported that a week ago. All part of the possible ban. They intend to exercise their option in the summer window.

I don't think he'll leave, but if he wants to, then we shouldn't think badly of the deal.

If he leaves then we got a good player for 2 years that helped so much in last year's CL, and made money on him as well.

If he stays we keep a solid, talented, player and can sell him later if need be.

Florentino Perez contacted Juventus to explain that Real want to exercise their option to buy Morata at €30m at the end of the season. [Sky]

Juventus want to bring Morata back to Turin & they have been in touch with his entourage in the past weeks. Juve to offer Chelsea a multiyear loan with an obligation to buy for a total fee of €60m, similar structure to Cuadrado's deal. Allegri would welcome Morata's return. #GdS 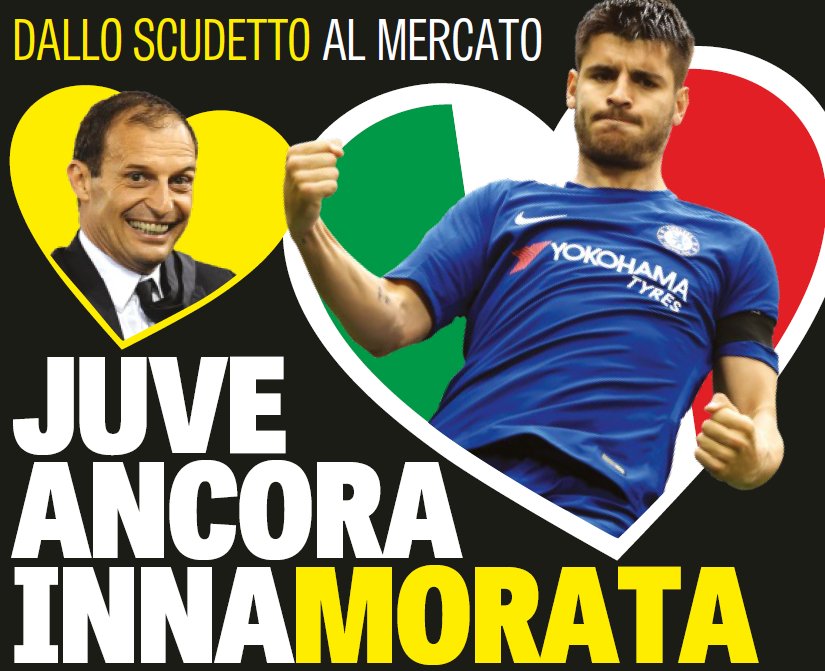 I'd still take him back because I feel like the striker market is quite dire at the moment but we do have to live with paying a premier league inflated fee for a player we once had for 25M (with a ridiculous buyback, which I guess was naive of Marotta at the time)

But that's the only way we could get him

I think Costa's deal also looked a bit inflated initially especially since they themselves got James for much less but atm, his price is proving to be a bargain.

My preference is Martial to replace Mandzukic but if it aint possible, he'd be the next best option for sure. Only worry is one of Dybala or Higuain leaving as a result of this deal. Then that changes things totally.

Before betting on Morata to be our main striker he needs to show that he is able to grow up, be consistent, and not play as if he weighs 20 kg than defenders.

Today at 8:53 am by BarrileteCosmico