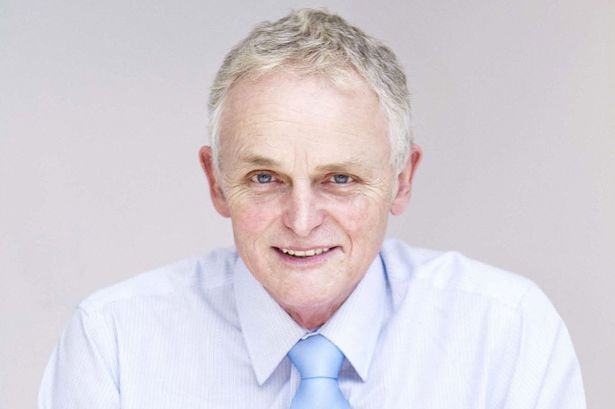 As he prepares to help guide the England team in its World Cup bid, Janet Tansley talks to the sports psychiatrist who’s guided Liverpool to their most successful season for more than two decades.

His head is no doubt in Brazil, as he prepares to help guide England to success in the World Cup.

But mind master Dr Steve Peters’ has left at least a little of his heart – and his footballing ambition – in Merseyside.

Anxious to pacify LFC’s disappointed fans by stressing the realities of a fantastic final league position, he offers hope for an even better future.

“They have had their best season for 24 years and my own belief is that it is the start of a golden era for the club,” he says.

“They have established themselves as a team before the best, and winning the League again will be just a matter of time.”

He adds: “They have finished brilliantly and you have to get a perspective.

“We are too harsh on ourselves and others. It is great to get good results, but we should reward the effort as well. We can’t always win, we can only be our best.”

Steve Peters has been held as a genius mentor who has helped guide a raft of elite athletes and sports to almost professional perfection.

He has worked in 15 sports fields, and was introduced to football by Steven Gerrard who asked him for advice, before Gerrard persuaded him to go to Liverpool.

“He approached me about working with him three years ago and it was he who asked me to go to Liverpool and meet Brendan Rodgers.

“I was a little reluctant, football is not an area I know and I wasn’t sure I could help. But finally I did agree as Steven is a very genuine person.

“When I met Brendan Rodgers I thought he was an amazing man; very insightful, very open, very relaxed.

“Whenever you meet someone like that you can really make ground; they work with you. He knows what he wants, where he is heading and he is constantly seeking to improve both himself and the team. His manager of the year title is well deserved.

“It has been a pleasure and a privilege to work with him.

“I helped where I could. Brendan has drawn together a phenomenal, expert team and my job was to be part of that team.

“I spoke to the team as a group when I was asked to but it was mainly talking to the players one-to-one depending on who wanted to see me: asking where they thought they could improve performance.

“What I did depended on what they asked. Often with an athlete I might not comment on the actual sport; it could be something in their personal life, sometimes personal difficulties can affect performance.

“But it is the person who manages it, I am just the facilitator.”

But, while he has a personal interest and skill for sport – he is an athlete who has held multiple World Masters Champions titles and World Records – his career began very differently.

Steve Peters’ hails from a working class family in Middlesbrough: “I was born and raised on a council estate and I was the first one from our family to go off to university.

“It was the 60s and opportunities for working class people had just started happening. I was given a chance and off I went.”

Steve read maths and taught for eight years before returning to university to study medicine, gaining further degrees in medicine and medical education (Masters) and postgraduate qualifications in sports medicine, education and psychiatry.

He worked with people with personality disorders at Rampton high security hospital and lectures at Sheffield University, where he is now undergraduate dean of the medical school.

“I went through academia but I have always been people-minded,” says Steve. “I have always had a desire to help people. I have done various jobs but I ended up in psychiatry and that has been my main life’s work.”

Steve created a model to help people understand how the mind works. The ‘Chimp Model’ is explained in his book, The Chimp Paradox, and focuses on everyday personal mind management.

He separates human mental function between the rational side of the brain or ego, the more emotional side of us or the ‘chimp’ set of impulses which need to be managed to achieve a high performance or quality of life, with the computer which governs automatic behaviour and memory and can influence both.

The idea is that by understanding and managing our thoughts and emotions, we can manage ourselves and become the person we would like to be.

“Many of us suffer with thoughts or emotions that are destructive to us but this doesn’t mean we are failing; if we can recognise what is happening within our minds then we can begin to work with this. Even if we have a good quality of life, we can always ask ourselves if it could be improved.

“We have spontaneous thinking from a machine inside our heads. Our machine thinks actively for us when we might not even agree with the thoughts.

“If you fall and hit your knee, it swells up. You wouldn’t feel guilty, there’s nothing you can do about it, so you put ice on it rest it and you manage it.

“The mind is similar. Some areas are process driven and you can’t stop them from reacting so you needn’t feel guilty about them but just like the swollen knee, you can manage them.”

Steve became involved in the world of sport when one of his previous students took a job with the British cycling team and asked him to help with an athlete who was unwell. The effects personally helped to enhance the professional performance and Steve was then asked to help with another athlete who was well, or in a good place.

He met Chris Hoy: “We got on brilliantly. He didn’t have problems but he asked me if I could suggest ways of using his mind to improve performance.”

Steve is adamant that he is only part of the solution and works with the person or people as a team; and with those around them – coaches, nutritionists, conditioning staff, etc., when it comes to athletes – in order to get results. “I work with them to manage their emotions, their skills and their minds to help them manage performance

“I do what I do with anyone else which is to ask them where they feel there are areas for improvement.

“At Liverpool there is such a good support team, so many excellent professionals: I don’t know a player who doesn’t take their job seriously and give 100% effort. It is a privilege to work with the players as they are very professional.

“I am really impressed with the staff and the club.

“You just know that this is a Liverpool team that will succeed.”

That image makes him look a bit like a Sith Lord... or a high ranking Republican Party member.

Today at 7:01 pm by BarcaLearning

Today at 6:04 pm by BarcaLearning