Personally, i'm making the switch to PC gaming. Better graphics, sound and i can also use the computer for other things.

I can build myself a killer gaming PC for 700 euros too... if you build your own, it's really cuts down cost dramatically.

Even though PC no doubt has the better graphics and everything that goes, I still don't get the same feeling when playing with my controller on my PC. I generally enjoy gaming on a Console much more than on a PC.

*Getting my popcorn ready*

You can actually get your xbox360 controller to work on the pc... you get exactly the same game experience as the console. Just takes some time to calibrate. If you use Steam, some games (like Skyrim) are already configured for xbox360 controller so youdon't have to worry about calibration.

PC is obviously better if you have the money would be the general consensus, but consoles are where i have always been and where i feel comfortable.

PC is obviously better there is no competition. All the important games that come out on consoles come out on PC's. Not to mention PC releases tons of more games per year and has modding capabilities that enhance the game.

Also, steam sales are *bleep* ridiculous. I'm getting pumped for the steam summer sale in which basically every game is on sale for 75% no matter the age. If you invest in a PC you can do no wrong.

But overall I prefer PC gaming thanks to all the mods people create. I remember playing Skyrim or Fallout New Vegas with a lot of mods that really enhanced the gaming experience.

i really don't understand the "pc gaming is more expensive" bullshit... sure it costs you more to start up, but over the course of its lifetime you'll come up way on top

and remember, most pc games are controller supported and the xbox 360 controller often works without having to do anything...

I tried skyrim and dark souls on pc although i have both on ps3...  pc was far better.  Just a lot sharper and i could use a controller fine.

To me it's down to the type of games. RPG, FPS, on PC. Action Adventure, FIFA on console. PC is superior overall, there's really no excuse. If you have HDMI cable and a Xbox 360 controller, the keyboard/mouse/TV problem is solved. One thing is lack of games like Red Dead Redemption, inFamous, Halo, God Of War etc on PC.

i really don't understand the "pc gaming is more expensive" bullshit... sure it costs you more to start up, but over the course of its lifetime you'll come up way on top

che wrote:
i really don't understand the "pc gaming is more expensive" bullshit... sure it costs you more to start up, but over the course of its lifetime you'll come up way on top

Is true, but i'd rather pay a lower barrier to entry. I don't think i could justify paying over 500 for a gaming PC.

One of reasons i never buy consoles at launch is how expensive they are i just refuse to pay that amount of money to just get the machine in my house.

Not to say its wrong or anything i just have my way i like to play my games and i don't see myself deviating away from that any time soon.

Anyone have a steam account here that has planetside 2? If so download it its completely free and a really good game

I have both and PC gaming is way better. Although I obviously enjoy the console.

I am switching to PC gaming as soon as I can, I am over consoles.

I have both and PC gaming is way better. Although I obviously enjoy the console.

Something something PC Master Race.

Traditionally the core of console vs. PC gaming was the cost and ease of use. The only true difference now is ease of use. (When you factor in the cost of games and that PC's have gotten A LOT cheaper).

Let's make next gen relevant, take Twitch streaming. One voice command and you're streaming live. I spent at least 2 hours setting up my Xplit and fine-tuning the settings so I could stream at the best quality I could without impacting my games frame-rate too much. Consoles are plug and play, no installation business, no driver issues (Yesterdays PS3 firmware update fiasco is an exception for consoles but ultimately solved by downloading something to a USB stick and inserting into the PS3). Granted, nearly every issue nowadays is caused by lazy ports but still, PC just isn't as casual/easy as a console.

Mods and emulators are the biggest draw for me. Heck, I have to thank my entire "social" online prescence thanks to a mod. From my signature tutorials that were Premium tuts to Daily Deviations on DeviantArt to actually earning money on Youtube... So I could be biased but you can't convince me that Third Age: Total War, Fall From Heaven II, Battlefield 1942: Desert Combat (Which became Battlefield 2), Countetstrike, Aeon of Strife (long shot since it's a custom map for an RTS but that's kinda a mod and inspired DotA) DayZ etc. are mere trifles. Mods have become stand-alone games and inspired entire genres. Modded GTAIV looks better than release GTAV. Multiplayer Just Cause 2? DONATE!

And I ended up tl;dring. Damn you guys.

What are the Clear advantages that the PC holds that would make me switch from consoles to PC?

Im not as demanding on graphics as are others, consoles will only get cheaper, and considering the games i usually buy, and exclusives like MGS, little reason why Steam sales would have a big effect on my decisions.

Games like Destiny or MGS 5 and Ground Zeroes will def not be available on the PC any time soon, and Fifa is arguably a superior experience on Consoles than PC.

Each to his own, some probably like stuff like modding and emulators, but there are always people with different needs, and this is why in many ways i find opinions of PC > Gaming quite subjective. 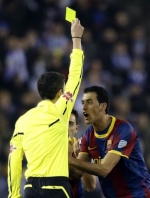 Yesterday at 9:10 pm by Arquitecto

Yesterday at 9:09 pm by halamadrid2

Yesterday at 7:26 pm by danyjr

Yesterday at 9:15 am by Warrior

Yesterday at 6:50 am by Casciavit

Yesterday at 5:33 am by Myesyats

Yesterday at 4:25 am by Myesyats

Yesterday at 1:25 am by Great Leader Sprucenuce