Jose Pekerman declared himself pleased with how his Colombia team performed in his first match at the Cafetero helm, as the Argentine coach enjoyed a debut victory over Mexico.

The South American side were led by goals from Radamel Falcao and Juan Cuadrado as they recorded a 2-0 triumph over the Tricolor, in Wednesday's friendly encounter played in Miami. It marked a victorious return to coaching for Pekerman, whose last coaching stint was at Tigres in 2009.

Speaking to reporters in the post-match press conference, the former Argentina coach affirmed that his side's display confirmed the potential that he had already seen before taking over on the bench.

"From the moment we first started to train, when [the players] began to arrive here from their clubs, I could see that they were all incredibly committed to the Seleccion. It is something that they all want to be part of and we noticed it straight away," Pekerman beamed after the final whistle.

"We played a very strong team, everybody knows that Mexico have been on a run of very important matches, with a lot of victories and a very high level of performance. We had to recognise that the game was very difficult, it was a debut match against a tricky side."

The trainer's first competitive test with Colombia will come in June, when they meet Peru and Ecuador in Conmebol's World Cup qualifying competition.

Do Udinese have a special Colombian scout or something !Cuz everytime they seem to discover very talented Colombian players like Pablo Armero ,Christian Zapata and its no surprise that Lecce Forward Juan Cuadrado is from Udinese as well who is on loan at Lecce..I think he's been very impressive this term and scored an amazing goal two weeks ago too. 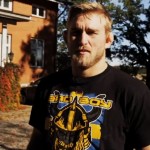 How is Cabanas doing?

Oh how I yearn for us to make it to the world cup.

....Great coach, it's gonna be weird seeing him on Colombia's bench when they play Argentina at the Monumental

only seen him play twice

Anyone know where I can watch the Peru vs Colombia game?

Next up is Ecuador which will be a challenge for us since Quito lies at about 2800m above sea level. I think we got it though. Pekerman is doing new things, and really unleashing Colombia's attacking potential (at least thats the plan) so hopefully we can qualify. As it stands Colombia is a game behind and currently in fifth place, in the playoff spot.

Here we can discuss all related to the Colombia NT, Los Cafeteros!
To start, this is the team selected to take on Guatemala on February 6th:


A few very notable absences including James, Adrian Ramos, the new kid who lit up the youth Championships Juan Fernando Quintero. I'm sure we'll see him back very soon.

I need to download the game and take a look. Jackson Martinez is goat.
I hope to see him make a move away from Porto soon either to England or Italy.

Another win!
Let us keep this going for as long as possible and carry this momentum if we make the World Cup!

It will be a dream come true <3

Colombia currently ranked 3rd in the FIFA rankings, only behind Germany and Spain

Highest ever in our history

We in the World Cup!

Carbonero called up in spite of not being in the 30 man squad announced. Deserved

His names Jorge also isn't it?