Return of the CL

The Most crucial period of Arsenal's Season is here. With about 14 odd PL games left, 5th Round of the FA Cup and Round 16 of the Champions league, Things are just about at their peak and the pressure is surely on. Talking about pressure, How does an away leg at San Siro Sounds ? Surely a great way to test what we are made of.
Milan Host Arsenal tomorrow night in a match which is very hard to predict, on paper both sides are probably even, therefore it's difficult to say what we can expect tomorrow night. For Arsenal, we have somewhat turned a corner since the defeat against man united. Beating Aston villa at home after coming back from 2-0 down, and then beating sunderland away which was a huge boost. I would say confidence must be quite good within the camp. However Champions league matches are very difference to what the domestic league supply. It was no co-incidence that we were having a poor season in the league but were quite good in the Champions league, There is no definite answer to why that was the case, but It can be said our team is built on technique rather than Steel.
Tomorrow night, it will be crucial for us to demonstrate the technique, the ability and the determination to get a result.

What to Expect from Milan ?

They are the current Serie A Champions, In Ibrahimovic they possess a striker of immense talent, Thiago silva is a beast at the back and van bommel might not be a spectecular player, but he has seen it all. His experience is ever so valuable for them. They will be looking to keep a clean sheet obviously and to get a goal or two.
The way to get something from this game is to go through the wings, Their fullbacks are good but a bit suspect in defence and they dont play with any wingers, which can make it easier and hard for us at the same time.

For Arsenal, Gibbs is back and i think he may start because wenger says he is mentally and physically ready, however i would rather play Coquelin. But wenger knows best. Henry Will be playing his final match for us, Mertesacker is out for a month.

For Milan, Boateng, Nesta, Aquilani, pato are all back, but allegry said this morning that he may not start Boateng or Aquilani Which means Emmanuelson may start as LCM. Which is kinda bad news for us cause he is fast and can provide dynamism in midfield for them.

Wenger On Ibra " "He is a great player," said Wenger. "If you look at his record, at what he has won, he has his own personality based on a strong belief in himself.

"That is a quality at the top level that can sometimes be seen as over-confidence but I don't think he is because he turns up with performances in the big games. "

Wenger on Serie A “Of course you can make comparisons between the two leagues,” he said. “Let's not forget that Napoli already knocked Man City out of the Champions League and we already knocked Udinese out.

“They are one of the better teams in the league. So yes, comparisons can be made after these games.”

Allegri: "El Shaarawy is ready for Europe, as he's a decisive player. He's growing, but I repeat, does not deserve so much responsibility"

Allegri: "Boateng and Pato don't have 90 minutes in their legs yet, so they probably won't start."

• Zlatan Ibrahimović scored two second-half goals to give Barcelona a 2-0 lead at the Arsenal Stadium in the 2009/10 UEFA Champions League quarter-final first leg. The Gunners levelled on the night but lost 4-1 in the return.

• During a two-year spell in England with Manchester City FC, Robinho scored in a 3-0 home victory against Arsenal in November 2008. He also faced the Gunners at this stage in the 2005/06 UEFA Champions League as Real Madrid CF bowed out, losing 1-0 at home and drawing 0-0 away.

• Thierry Henry struck twice in Arsenal's 5-1 win against FC Internazionale Milano at San Siro in the 2003/04 group stage. He also scored three times at AS Roma in 2002/03.

• Emanuelson and Thomas Vermaelen were team-mates at AFC Ajax between 2005 and 2009.

• The Gunners have won three of their last 12 European games on the road including the play-off victory at Udinese.

• Arsenal have won seven out of eight such contests(against italian teams), most recently a 3-1 aggregate defeat of Udinese Calcio in this season's play-off round. Theo Walcott scored the only goal of the home first leg and was also on target in the 2-1 away win after Robin van Persie had scored Arsenal's equaliser.

The danger man in their team is obviously Ibrahimovic, cant stress how good he is and can destroy you anytime he gets space. However 18 year old El Shaarawy might be unkown but imo he has been better than Robinho, and i hope he doesnt start against us. He was the reason why Milan came back from 1-0 down to win 2-1 against Udinese.

Our Danger man is obviously RVP, but If Theo and Oxlade can perform as good as they did against BlackBurn, we can outsmart them. Koscielny n Vermaelen would need to be 100% Focused. Sagna cant be beaten obviously, but our LB will get all the attacks as they would think he is our weak link, if its Gibbs or Coquelin.

Thierry Henry struck a hat-trick in Arsenal's 5-1 win against FC Internazionale Milano at San Siro in the 2003/04 group stage. He also scored three times at AS Roma in 2002/03.

Is actually not true.

Henry scored twice. Pires, Ljungberg and Edu got the other three.

Anyway, I'm really looking forward to the game. It'll be a tight affair between two evenly-matched sides but I have a feeling we'll do well. 0-0, 0-1, 1-1 are all great results. Even a 2-1 defeat is decent, such is the beauty of this competition.

A good result would hopefully further boost our confidence after the Sunderland game.

I had a dream last night that Milan scored first and we came back and scored 2 goals and game ended 2-1.

-Mesbah instead of Antonini
-if Boateng recovers (very likely), he ll be AM
-Seedorf or Aqua (if reovers) in Emma's place
-Pato/Robinho 50/50

Doing everything in my power to figure out a ride home early tomorrow so I can skip class and watch this game. Priorities

Thoroughly looking forward to it.

sagna, walcott and rosicky are the only ones with experience of playing in the san seiro

Was going to move into my new place today, but parents house has ESPN so I am going to wait another day to watch the game

Great Preview
Just some random stats i found
Arsenal had the most accurate shooting in the 2011-12 Group Stage, with 66% of their attempts on target.
Arsenal midfielder Alex Song has made more tackles than any other player this season in the Champions League (33).

COME ON YOU GUNNERS

Did a mini preview for the game on my word press site - take a look if you want.

Samuelj29060 wrote:Did a mini preview for the game on my word press site - take a look if you want.

Looking forward to a great contest..
We have a good chance of atleast getting a draw..
Finally to put it i think its going to be..
Experience vs Pace..

Time to win the CL, Arsenal.

Ill be supporting you guys like every year but unfortunately the only Arsenal jersey i have is Fabregas, Ill wear that nonetheless :shisha:

SBS not even showing the match

I know he should have been back for this game, why would Wenger not rush him back. I know there is that 48HR thing, but who cares this is a big game and he should have left on Sunday to be back for Monday.

I know he should have been back for this game, why would Wenger not rush him back. I know there is that 48HR thing, but who cares this is a big game and he should have left on Sunday to be back for Monday.

Finals was on Sunday night. Ivory Coast lost on penalties. Give the poor lad some time to recover!

We will see him against Sunderland in FA Cup this weekend. 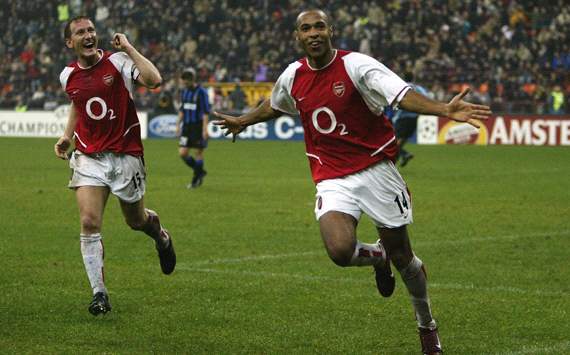 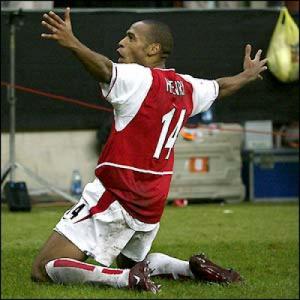 Especially when he missed his penalty shot.