At this moment I'm not too concerned, Group H always seems to consist of two heavy hitters then two teams that are destined to head out. Of course our battles with Barcelona will be epic and I don't know how we'll do but we have a chance to win the group. I can't wait!

Any comments on our slightly concerning group stage?? :study:

We got very lucky. This gives us a chance to measure up with Barca.
First or second die should pass the group.
Carefull not to underestimate the other 2 team. A draw and we can be screwed 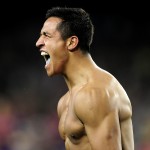 Milan will go through no doubt about it..

But it would come down to the same situation as last season..I dont see them topping the group but i feel milan need more re-inforcements in their quest for atleast making it past the quarters..

All in all a comfortable group from a qualification point of view especially considering the kind of draw milan perhaps could've expected with man city in pot 4..

But it all makes for one great viewing honestly..Milan vs Barca is undoubtedly the tie of the grp stage..

I think we will get through the group depending on how our injury situation pans out at this point in the season. My main concern is not being completely dominated by a great Barcelona squad. I think we have a huge opportunity to stomp our foot down and let every team know we are very serious about taking the CL this year.

IzzyC08 wrote:I think we will get through the group depending on how our injury situation pans out at this point in the season. My main concern is not being completely dominated by a great Barcelona squad. I think we have a huge opportunity to stomp our foot down and letting every team know we are very serious about taking the CL this year.

exactly my point. We play them now, we see what we can do. If we don't deserve to compete it's better leave now.
I think we can play them. and we can beat them.

im glad we are drawn with barca. it would be a good test for us against almighty barca, better off facing best team in the world now.

had dortmund or mancity were drawn in our group that might have given galliani second thoughts on making last minute signings lol...

i have faith in our squad with the exception of aquilani (atm)...

Milan can take this tie in a positive sense as well..

They are testing themselves against the best ,so we could also infer as to where Milan currently stand as far as winning champions league is concerned..

Milan are currently the only hope for italian football cuz in my opinion Inter look very unconvincing..

we have a solid defense and a good defensive midfield with world class strikers,we'll put up a fight against them as long as we keep injury free(specially nesilva and ibra)

You're going through no doubt about that,I'm just afraid Barcelona could potentially humiliate you.You are the best team in Italy now,better step up...

Very happy with this group. Barcelona matches will be fun to watch, and this means we wont get them in knockout stage. I'm certain we will finish second, other teams do not scare me much.

Surag.Blueguy wrote:Milan can take this tie in a positive sense as well..

They are testing themselves against the best ,so we could also infer as to where Milan currently stand as far as winning champions league is concerned..

Milan are currently the only hope for italian football cuz in my opinion Inter look very unconvincing..

yea man, it would be nice, and educational indeed to play against barcelona, this will give our players a valuable lesson too.

we are not good in midfield, technically, and in terms of talent, age ... the biggest strength comes from midfield, and thats barcelona, its frightening in a way. im wondering what galliani allegri are going to say about this group.

alongside barcelona, i dont underestimate other clubs in our group, they qualified for CL means they are not some bunch of amateurs, we need to take every game seriously.

Galliani ine more transfers, cmon. Barca should make him do that 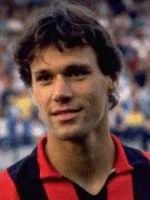 See you guys in 1st knockout stage, we both know its going to happen

JespSwe wrote:im glad we are drawn with barca. it would be a good test for us against almighty barca, better off facing best team in the world now.

had dortmund or mancity were drawn in our group that might have given galliani second thoughts on making last minute signings lol...

i have faith in our squad within the exception of aquilani (atm)...

Aye. However, believe we need at least one (relatively) big signing to be competitive. Note that the first leg in our first match. A good performance is crucial if we want to be competitive. A bad show and a big defeat could result in our CL being over before it really begins

It's so cruel to call this game "Ibra vs Barca", because Milan have some of the best players (in their positions) the history of the game, guys who can be decisive at any stage, like Nesta and Seedorf.

But admittedly, Ibra will put his eyes, his testicles and hell yeah, his life on the line to get his revenge from Pep Guardiola.

Ibra talks about Guardiola as if the poor coach has raped his mom, I'm cocksure Ibra will do everything he can to at least frustrate him, if we won, the big guy's ready to die...


As for my general take on the game, our midfields are, in all honesty, incomparable.

Seedorf is still one of the most skillful ball-holders in Europe, but against Barca's merciless pressing, Seedorf's muscles or Boateng's athleticism and energy will count for very little.

We are very well-equipped in attack if they are well-fed, supported and match-fit, our keeper is definitely better than theirs and overall we can count on many bulldogs to hassle their work-rate-freak midfielders.


My strategy would be flooding our own penalty box using all four defenders and both of Van Bommel and Gattuso, and using Seedorf's composure, Pato's pace and Zlatan's power and technique to hit them on the counter, exactly what Mourinho did at Inter to shock them with three goals.

If Kaka was on our side, then great, otherwise Boateng could be a terrific tool in counter-attacks too.

The key is we should not be too sure of our quality against them, Real Madrid's marvelous fitness level and their fantastic players knelt down against these phenomenons, we should play calm, cool and humble.

If we go on the pitch like a bunch of arrogant asses, oozing complacency and narcissism, we will lose 5-0 or worse, again like poor Real.


If I were to answer the question of "Will we lose or not?" with a simple yes or no, though, I would go with a yes.

We will not back down and play with 10 defenders. This tie will be the greatest test of our own mental strength. Let's see how the best manager in Serie A faces Barcelona... I think Allegri will surprise them.

Boateng will be a crucial player here. He must play well for us to win. Our midfield fitness levels do not compare to Barcelona's. If we are to win, the players must be disciplined and not go ball hunting when Barcelona decide to pass the ball around in midfield/defense. We are not used to pressing high up the pitch, and must stick to our great defensive formula.

those groups are ridiculous 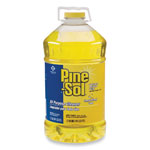 my lineup for the game

-Usual back 4 without Taiwo
-If Aquilani is good defensively he should start,he must have some skills distributing the ball
-Boateng should start(at least as cm),we need engines,put Robinho in at second half,he always performs against barca.
-Pato-Ibra will be key.a target man who can pass and a good pacey dribbler is Barca's weakness from what ive seen.They had a lot of trouble with arsenal and villarreal because of the likes of Rossi,Nilmar,RVP,walcott etc

One more thing,Pique and Puyol will miss the first leg tuesday september 13,

One more thing,Pique and Puyol will miss the first leg tuesday september 13,

too bad Flamini is out. We could have really used him here.

For me, Van Bommel and Boateng must start. If Aquilani proves to be solid defensively and physically fit, he is an option as well. I'm not too sure if Seedorf should start despite his scintillating form. Maybe something like this:

using Gattuso is suicidal,he would get raped by iniesta,we need a DM who can deal with his pace,I say Ambrosini.Aquilani will have to man mark xavi.

Im extremely worried about Alves though...

In a game like this, it's not as though Gattuso will play 90 minutes. He will get a caution at some some point after working his tail off.

His defensive partnership with Abate is strong. Abate provides the pace, and Gattuso positions himself menacingly for the tackle.

You really don't want our fiery midfield player on the pitch? Ambrosini is not much faster at this point, and I would think that Gattuso has more stamina than him. Either way, one of the two captains must occupy RCM.

i believe that seedorf's experience, his creativity is indispensable, hence he should start the game against barcelona. he has been a completely different player since the second half of last season, and he is improving despite his age. along with van bommel, and boateng seedorf should start. he can give lot of creativity, while boateng can lend help both in defense, alongside MVB. in attack its time pato robinho and ibra start linking up well. if we play with just defensive holding midfielders, our situation will not be different to that of real madrid. and i dont think aquilani has quality that x-factor, like pirlo to dictate midfield especially in CL against european elites.

whatever the lineup maybe, i hope allegri inspires us to victory. this time around in CL milan really need to live upto expectations. its been too long now since Milan has proved themselves in CL... its been long overdue