Not sure who is better indivudally among Xavi, iniesta and Modric. But Prime Madrid (UCL 4/5 winner) midfield of Modric, kross and Casemiro would not even touch them. Against prime Xavi,iniesta and Busquet they wolud be chasing shadows all along. They are the best Midfield trio i have ever seen.

Is some one just said they played aganist weak midfield? Barca trio was far more feared and respected and even big team reduced to play like sotke city agaist them. They faced far better defence and overall mid 2010 had better quality of indivudal defensive player(ie CB, RB, LB, CDM). 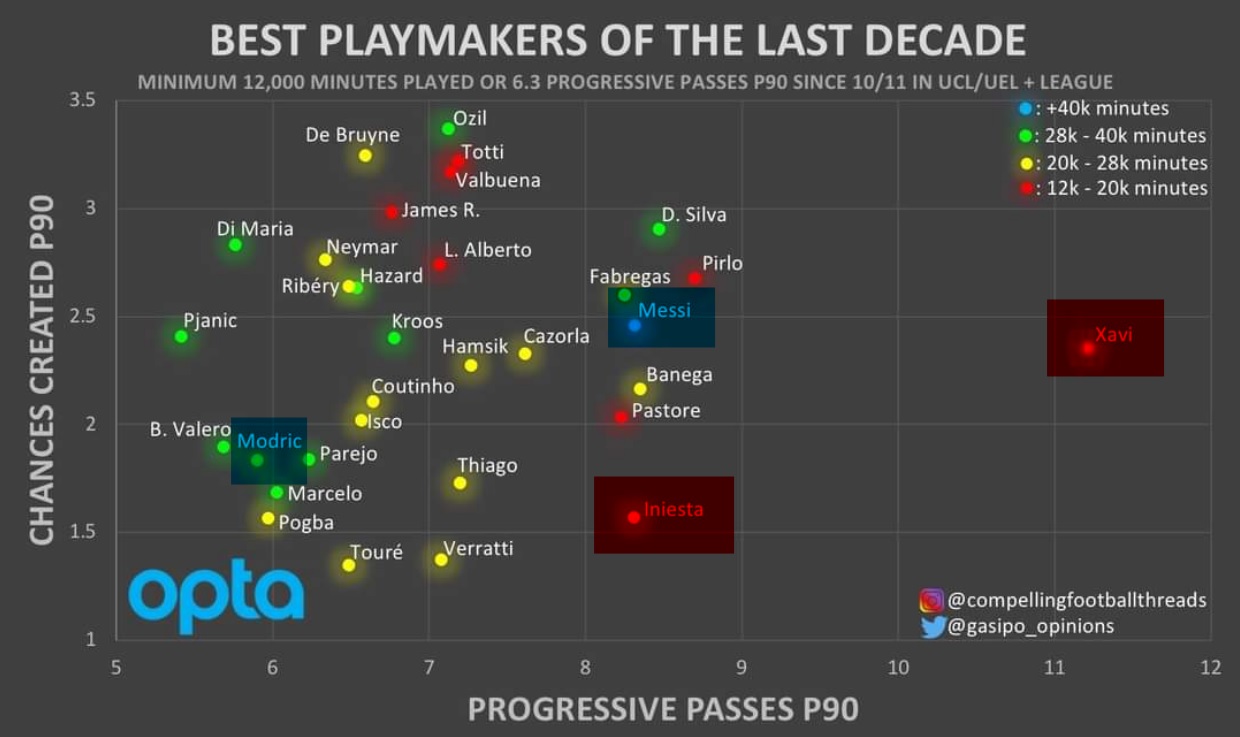 Bit of an odd comparison here.

Modric before Real Madrid was known as a solid midfielder who also happened to disappear in big games within Spurs. Within Real Madrid he has had a fantastic career but Real Madrid's midfield was nowhere near as dominant as its counterpart.

Xavi and Iniesta have been doing it mostly their entire career let alone internationally.

Yes the system is catered well to their strengths and it attests to the sheer versatility of the Croat but quite frankly its a comparison that misses its mark and there is a clear case of Recency Bias here.

For me its an easy answer.

I actually rate Modric similarly to Iniesta and Xavi. He is that good. Such a shame he's played for Madrid this long. They would have had little success without that goddamn maestro in the middle of the field.

I still take both of them above Modric, but it's close.

I don't really buy the longevity thing. I respect Modric for what he's doing right now at his age, but Modric spent his early years at Zagreb and Tottenham, Xavi and Iniesta were playing for a top team in Barcelona for like 4 years (longer in Xavi's case) before Modric even became relevant at Tottenham.