I was a die-hard Italy fan since childhood up until end of Euro 2008 where I became neutral internationally.

but those old childhood memories of the most handsome and good-looking team ever assembled coming back and Italians are simply a lot more fun than Brits...so go Italy !!

Wow I didn't know it , curiously it's similar with me, my peak for NT was 1998-2008 , it was at levels comparable with club, after it went to wane and from that moment  clear egemony for club ( as it is still ) . But now I want double Scudetto - Euro eheh

Today's front page: Save us Roberto, you're our final hope! pic.twitter.com/fezSta4ohE

I mean it would be fitting.
After the ref gifting them their only title in '66, to have the only other title also gifted by the ref? Going full circle, yo.

This match hard as hell to predict. Italy have a good enough punch to get through England's midfield and on to the box and dent it. Chiellini and Bonnucci will no doubt be able to withstand the middle line well enough.

Vice Versa, England have the solidity to soak up the pressure and fast players to get the ball to Kane who can pass also to Sterling or Mount if he wins a header or manages to hold up a ball. Set plays add Maguire as a potential offensive threat.

Things to consider are England's edge in physicality. Italy's experience will likely give em the tactical edge. Italy seems to also have a slight technical edge too but are also slower than England are. Southgate and Mancini both are leading their teams well and it should come as to no surprise why they are both in this final.

Anyway Kuipers Is a bad referee , my discourse has not do with England - Italy , simple judgement about referee after having him seen in Champions League  , also for my club
I rate Clement Turpin ( French) or Lahoz (Spanish, but It could be a problem after semi- final I suppose.
So Turpin was a perfect name apparently for me but okay

Mourinho in Porto-Inter-Chelsea (and Madrid, to a slightly lesser extent) was a different beast and certainly was one of the best if not the best in the world at that time.

This thread isn't about Mou anyway and I don't mean to detract from the overall point which is that sometimes it's better to be lucky than good, and Southgate has admittedly done a great job at limiting mistakes in the team and playing 7 defenders on the pitch while still grinding out occasional shots. They're stout defensively and you'll always have a chance to win or go into penalty shootouts in tournaments like this and that has been his strategy and it's worked. England fans won't give a fuck about the football if it wins them the Euros and if they win then Southgate deserves praise.

Your bias against "conservative" coaches is ridiculous.

Quick to fawn over any zero that implements a high-press and positional play (Fraudas-Flopas) but equally quick to dismiss prudent managers that have achieved tangible results.

Turpin and Lahoz are both giant attention whores. Always looking to steal the headlines with "decisive" calls.

I took a few positives from refs in this tournament! They did clamp down on protests to the referees, especially the group protests. I hope other leagues esp. la liga follow this. The other other was use of VAR, generally speaking. Lots of good calls with it’s use.

P.s Just realized I was wrong, I wanted to write it on England - Italy threads, @mods could you shift these on ENG ITA thread

best referee for the final would have been Brych

The English and casual fans seem to think Lahoz is a world class referee just because of his CL final performance now.

The English and casual fans seem to think Lahoz is a world class referee just because of his CL final performance now.

Not  a Lahoz fan indeed  , matter of lesser evil ( there are worse refs , level is not high anyway. As I said I don't like Kuipers -. And you need to include also the fact Oliver is not eligibile for final ) .
I like really just Turpin, he was my favorite ( or at least he always impressed me postively whenever he was ref )

Entire football twitter is digging up dirt on England. It's amazing how much hate England has currently. No one outside of England remotely wants us to win

Ppl supports me, it'd be my greatest GL achievement since GL D'Or tbf 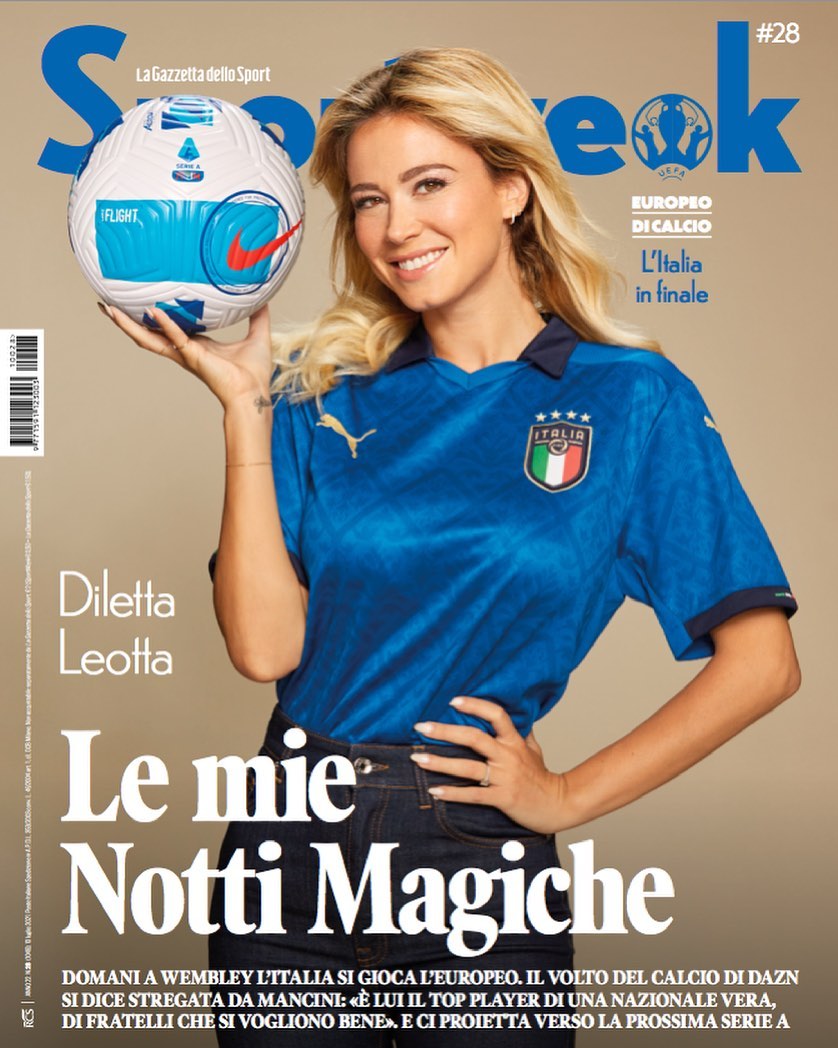 Foden will miss final , but honestly I don't think it real loss for England,  his Euro was poor

Hard to root for the team that bullies german 9 year olds and punches danish fathers in front of their kids, tbf. England doing themselves no favors.

Media hate exists on both sides be it Italy or England it isn't exclusively to England.

Most fans seem upset over the Denmark penalty but also need to move on.

Yes English fans are not exactly a cultured group of guests in another country but thats just a part of what sects of hooliganism will be.

Its nice to see the English happy after such a long time of trophy draughts and one must enjoy the entire spectacle leading up to it.

Of course I want Italy to win but no hate to England as they have a very unique atmosphere they put up in the group.

I don't think that many hate England, England has been a genuine contender and naturally that will create a rivalry.
I am Italy supporter thru and thru but i would be happy for English supporters in GL should they win as they have had very difficult times for too long and England not winning is overdue.

may the best team win.

Fair. England have played results football all tournament. They've been pragmatic rather than try to outplay teams and it's gone surprisingly well. The fact we've got this far makes every Southgate decision look amazing.

There's no reason Italy should feel inferior, even at Wembley.

Italy should look at how the Denmark forwards found space in front of Stones and Maguire and exploit the hell of it. Jorginho and Verratti can control the middle of the park, so you should be able to find Barella and Insigne in those spaces. That's my biggest fear for the game.

On the flip side, if Kane plays as he did vs Denmark, dropping deep and looking for through balls to Sterling or Saka, I think we can trouble Italy's backline. As Spain showed, Bonucci and Chiellini aren't 100% comfortable when there's no traditional 9 to mark and I fancy our wingers to get some joy against Italy's full-backs.

for me England hasn't  " playmakers", you can suffer pressure,  so  we need to go you to pressure  very high
Italy must have courage , especially in a final, where players tend to be more "conservative"
I'm worried more about the individual battles, because it's where England is very strong, and you are really good on athletic view.
You 've outclassed athletically Denmark on extra-time, Denmark players had lost energy while you not, your phisical condition is very good and that's a factor too

I'm mainly fearing the physical condition. England will be much fitter, the longer the game is open the worse for us, especially extra time. I hope Mancini will use the subs early-ish if necessary to keep the energy up.

That said, Spain were the possible kryptonite with how they can starve our midfielders of the ball, England's midfield will be easier to handle. I expect a game like against Belgium: high quality back and forth with chances on both sides, but with a more uneven midfield battle.

I trust Barella, Jorginho, and Verratti with this one. They can make the difference and control the game. The biggest threat can be England's speed with the fullbacks and wingers. I can imagine dangerous counters and a couple of cards accumulating to stop them.

Berardi looked very good coming on vs Spain. Impossible to bench Chiesa at this point but I would be interested to start with Berardi to ensure more control of the match and creating chances vs a solid defense packed at the back. Then bringing Chiesa later.

I am terrified about Di Lorenzo against Sterling and Saka vs Emerson. Emerson was like 3rd choice Chelsea player and hadnt had played for way too long. even the game against Spain it looked like he just couldnt keep up pace.
About Di Lorenzo, he was stretched and outpaced against Belgium by Jeremy Doku and i dont know how he can handle Sterling's pace. These two will have to be at the best form of their careers.

Similarly I am worried about Immobile upfront. On very important occassion and been given a license to be free on pitch (against Austria, Belgium) he had a game to forget.

I am pinning lot of my hopes on Chiesa and Jorginho and Barella.

I was going over Emerson's stats and was surprised to find out the guy has completed one single season in his entire career.

How is this guy a mainstay in the Italian NT? Surely there are better alternatives in Serie A, no?

I was going over Emerson's stats and was surprised to find out the guy has completed one single season in his entire career.

How is this guy a mainstay in the Italian NT? Surely there are better alternatives in Serie A, no?

that is what also mystifies me ...
like how the hell mancini didnt call up Federico Di Marco LWB, LB who in 35 games had 5 goals 6 assist, and davide faraoni (who is RB/RWB can play also as LB, LWB) who in 34 games had 4 goals and 6 assists!
when hellas verona had a very bad patch in second half... these two and the guy called ivan illicic and i forgot the portugese veteran player name but those 3-4 players virtually carried them ... those 4 had insane season really. a
atleast its a shock to me that both di marco and faraoni not getting call up.


even di ambrosio would have been better who can play on both flanks!
or better yet, dunno why Manuel Lazzari not being called up as RWB / RB. he is like 10 times better than di lorenzo

its insanity that emerson was called up... no offense but who hasnt played in Chelsea at all... is instant call up.