Pedri was amazing. Him, Spinazzola, and Pogba were the standout players of the tournament for me. How he kept finding space, his technique to create time to pick passes, the passes he picked, and the weight of his passes; all were excellent. He was very composed and his decision making was outstanding.

His only blip is his backpass to Simon against Croatia, which he took well and played well for the rest of the match. He's played the most minutes after Laporte and Simon. Enrique always subbed the midfielders and attackers and he always stayed till the end; only subbed in the later minutes vs Switzerland for Rodri to take pen (which he failed miserably

About Thiago, the Bayern version was the best midfielder. But, since he's injured in Livepool, he hasn't gotten back to that level. For Spain, midfield is the area they don't have to worry about, they dominated Italy ffs

Thus, him not playing didn't hinder them that much. If they could finish and if Eric Garcia defended better against Chiesa, they could've won the match

@Arquitecto wrote:Honestly if no one sees why Pedri's performance against Italia was so good, then they have not played football to understand why it was such deft skill and intelligence on display.

Kebab compares pedri to messi to prove he didnt have a good game? How does that make sense? Obviously everyone will look inferior in comparison with the goat...

@BarcaLearning wrote:Dani so what do u think Barca should do next season since looks like both with start along with De Jong in midfield? If its 3-5-2 thats hardly any excuse for Busquets to struggle when playing for us? Im not sure but it looks like what Spain plays similarly? I mean in terms of how to extract better performances out of our midfield or even the team in gerenal. Its just weird to see if Spain can play well with them two and Alba, but such a contrast when Barca can play so bad at times.

I dont know what system they will use, but it doesnt really matter, everything is connected. Busquets will surely struggle again next season if nothing changes. I think Spain are an organised team where all 11 have clearly defined roles and responsibilities, whereas we are not, we make thing up as we go along from game to game because the pieces of the puzzle dont fit together nor does Koeman (and im sure others would struggle the same way) cant figure out a game model which fits the mismatch squad.

In just 6 or 7 games, its very obvious how Spain should play and who more or less the best 11 is. We went an entire season and we have no idea if we should press high or not, if we should play with 3 defenders or not, who should play as a striker or not. Spain are more clearly defined.

I dont think Spain play that similar. Of course they share some very basic aspects, but look at the movements in the final third compared to ours for example. They are dynamic, players arrive in positions they are comfortable in, they dont ask players who want to play in the middle, to play on the flank or visa versa.

Understood, yes, without having seen much of Spain but what those that I did they forwards rotated quite a bit and knew what they were doing, making many runs and link ups with the teammates.

Barca as u said have very different players up front especially in comparison so its always a bit forced with players not in their nature positions playing. Unfortunately we have been and continue to do that to ourselves or the management/transfers does lol... instead of nature wingers we bring in old no.9s, and the only two we have got in Dembele and Fati are so often injured. I think for example even if we kept Malcolm who played right wing for us the times he played, just having that would have helped us in great number of games.

I don’t know why we end up with so many players on club teams that can play only one position and often only within a set system.

Pedri refuses to have holidays. Ronaldo Koeman had offered him days off until the 18th of August but Pedri decided not to accept them and will join training on Thursday. Its a decision from the player, the club asked him not to go to the Olympics and now wants to show his commitment.

is it any good? What if he gets injured after a couple of games. We already have the best team forming with injured players.

Kid desperately needs a break. He has played 75 games of top flight football non stop as an 18 year old. Glad Koeman has given him a break. He has pressured Enrique into doing similar. Hope Enrique has the sense not to call him up for meaningless friendlies. That would mean a 1 month break which would do him a world of good.

He is not called for Spain. Gets 3 weeks of much needed rest. Hope he comes back fresh.

Another relapse. Let's have a 17 year old play 75 games of top flight football in a year. What could go wrong?

He is out for 2 months with a muscle tear. Ridiculous and completely avoidable.
Letting a 17 year old play 75 games of top level football with 0 breaks. Plays the Euro, Olympics. Madness, utter Madness. It's a miracle he didn't get injured sooner.
I worry for Gavi now. He is a starter now and Enrique is behaving like a moron calling him up. What does he have against Barcelona? No need to call up Gavi like that.

Gavi doesnt play nearly as much as Pedri tho. Pedri played every single game in every competition.

Not concerned about Gavi, as unlike Pedri, there are real options ahead of him. He won't get overplayed as Pedri has been.

@The Franchise wrote:Not concerned about Gavi, as unlike Pedri, there are real options ahead of him. He won't get overplayed as Pedri has been.

Unfortunately for us, seems unlikely that Gavi wont be overplayed. As suspected, Enrique moronically starts him in a competitive game and most probably will play him next game as well. Koeman too loves Gavi and with Pedri sidelined, Gavi will start.
So, for the 3rd season in a row, we will have a 17 year old playing starter minutes. Fati, Pedri last season and Gavi this season.
And Gavi just like Pedri works extremely hard off the ball. Probably runs upwards of 10k each game. At his age, playing 2 games a week at the top level with that level of running. Not good imo.

That being said, Gavi showed that he can hang. Not just hang but perform exceedingly well against a very good Italy midfield in a very competitive match.

Phil Foden is in a very good position to dominate the next decade unless he gets a bad luck injury.
Pep didn’t play him regularly until he was about 20, and even then there was lots of rotation, lots of rests.
Imagine ruining a players’ prime years because you can’t resist them at 16 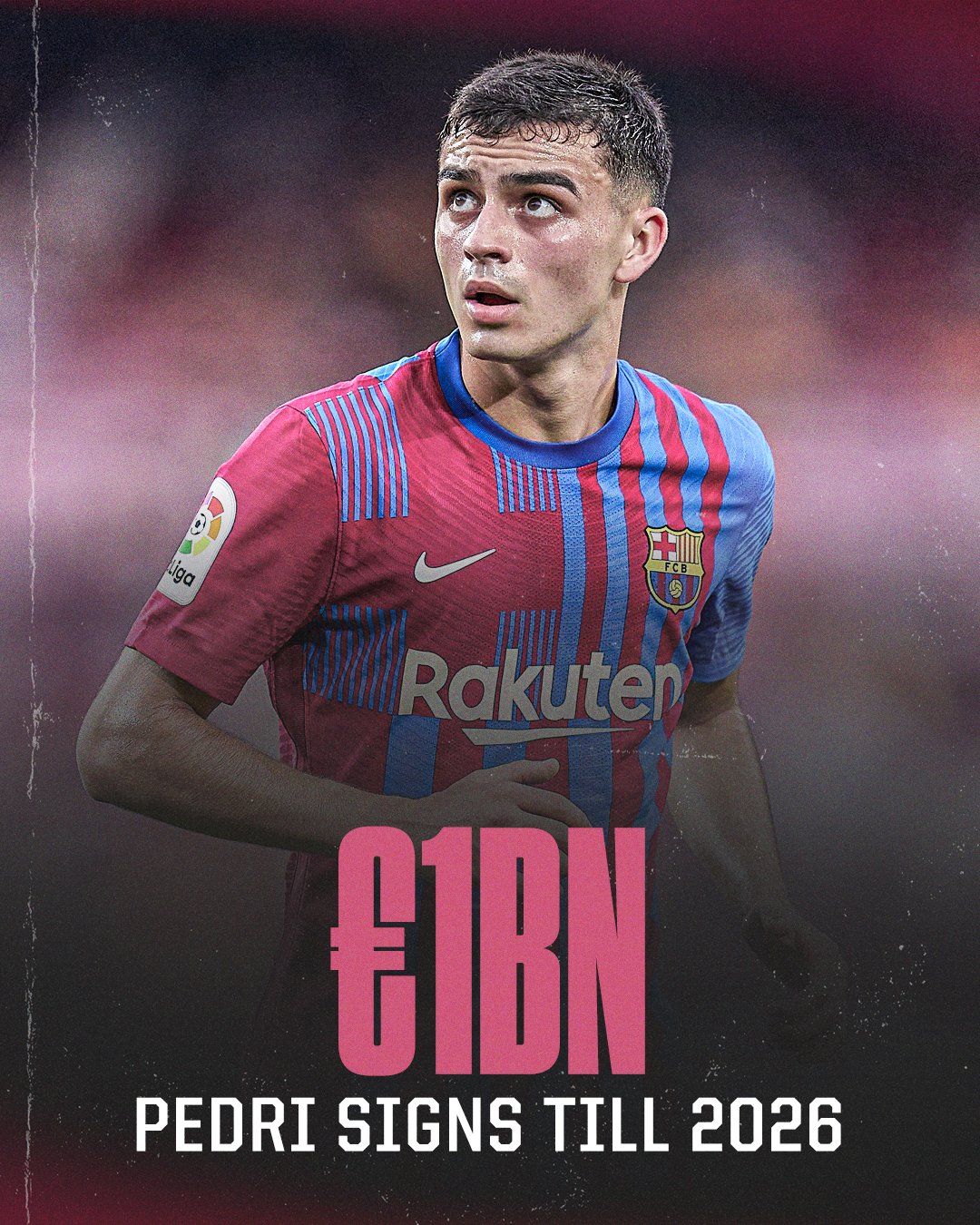 Page 4 of 4
Permissions in this forum:
You cannot reply to topics in this forum
Latest topics
» Manchester United Part V/Ole Sack Watch

Yesterday at 7:55 pm by Harmonica