The Next Midfield King - Pedri

The Next Midfield King - Pedri

I tried looking for a hype thread in the general section, but I couldn't find it. So consider this thread the Pedri fan club thread.

I honestly thought it would be decades before we see Spain produce another Xavi/Iniesta level player, but they've done so just a few years later and he's better than they both were at 19. I can't stress enough how ridiculous this kid is. He got Messi's blessing from his first very training session with Barca, Luis Enrique started him in midfield at the Euros at 18, Koeman started him in Barca's midfield at 18, he's won the Kopa Trophy, and he won the best young player at the Euros award.

Those achievements are all warranted. He's become absolutely instrumental to Barca and he's the heartbeat of Xavi's team. Barca hasn't lost a single game when he has played this season and their 6 losses in La Liga have come when he's been injured. Since he got taken off at HT against Frankfurt Barca has lost 3 of their last 4 games. Their record in La Liga with him: 10W and 2D. Their record without him: 8W, 7D, and 6L.

What makes him so good:

Shooting: This guy can strike through the ball. He's very dangerous at the edge of the box. His goalscoring count went from 4 goals in 52 appearances last season to 5 goals in 22 appearances this season. Considering his shooting ability and the fact he plays higher up the pitch under Xavi, he's going to be someone who scores a minimum of 10 goals a season from midfield. I also hear he's being prepped to be Barca's next set-piece taker. Edge of the box threat, composure within the box, and set pieces? You're looking at +10 goals, and if he works on his movement in the box he'll be scoring 15-20 from midfield.

Passing: His passing range is ridiculous. I feel like this is what separates him from other young CMs. He's one of the few young CMs who can actually switch the ball to the opposite flank. His long balls to the RW are very accurate. He also has the vision to thread a through ball between defenders in central areas. A lot of these new gen CMs can't play a killer pass for shit. He can play quick 1-2s in the box, and he can also ping those lobbed balls to the fullback on his side and that was something he did a lot with Alba during the Euros.

Dribbling/Press-Resistance: He is very good under pressure. Just when you think he's been swarmed by 2-3 defenders, he'll find a way to wriggle out of it. This is especially apparent when he's pressed closer to the touchline. He also has a flair to his game, so you'll see him pull these tricks and flicks which get the crowd off their feet. I haven't seen him carry the ball over long distances or go past defenders 1v1 that often though. He's not the quickest player and because of Barca and Spain's style I haven't really seen him go on lung-busting transition runs like KDB or dribble 2-3 players on one run like Iniesta. However, given his talent on the ball, it wouldn't surprise me if he adds those elements to his game over the years.

Workrate/Mentality: He isn't lazy. He has a very high workrate and he puts in a shift every game. He's responsible defensively, and he isn't scared to put his foot in to win back the ball. He isn't a liability when it comes to defending transitions or when it comes to winning back the ball high up the pitch. He runs his socks off every game. He is not a luxury player at all. He also doesn't shrink away from responsibility. He wants the ball, and he doesn't go hiding. It's no surprise he's pitched in with a few clutch goals this season.

In the last decade, we went from Xavi and Iniesta being the midfield kings to Modric and Kroos. Pedri will join that list. As long as he remains injury-free, and Barca/Spain win trophies with him he'll get those kinds of plaudits. He's not perfect and there are some weaknesses he needs to iron out from his game, but that's natural since he's only 19 years old. However, the truth is he can do stuff that those guys couldn't at his age. If he develops in a somewhat linear manner, then he will go down as an all-time great midfielder. This kid really has an incredibly high ceiling. 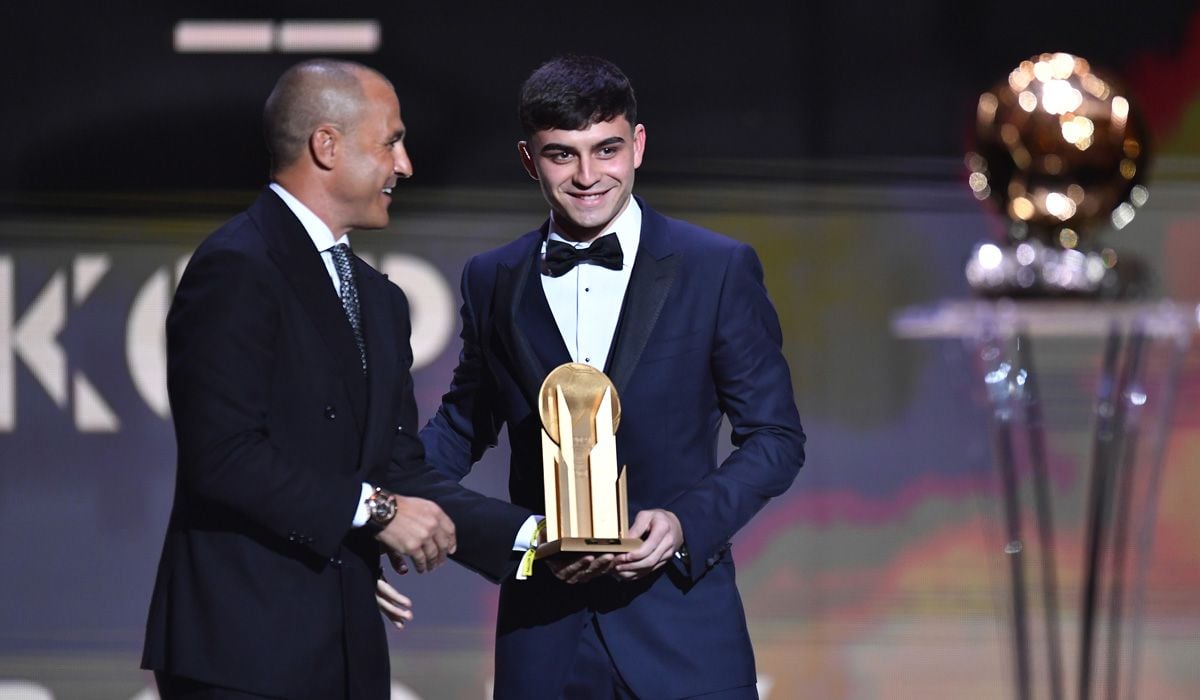 Acknowledged since last season. He's got Xavi passing but with Iniesta style game and probs has more goal than both of them though not enough to put him as a forward.

Have to say coming into this season I was torn between who was ultimately the bigger talent between him and Gavi but during the course of the ongoing campaign everything has fallen into place. Could be the two year gap between them but Gavi is too raw and erratic which you can expect from a 17y/o I suppose. But the intelligence that Pedri possesses and ability to see 2-3 passes ahead is unrivaled and we've been suffering ever since he was sidelined with injury.

The thing I'm most impressed about is obviously his press resistance and how effortlessly he glides past opponents which just gives you Vietnam flashbacks of Iniesta but also his defensive contribution. He doesn't strike you as a defensive monster with his rather modest muscular build, but he's so great at recovering the ball and defending that I was personally baffled first time I saw him track back and win ball back with such ease. It's just wishful thinking but I hope he's the next Iniesta but better defensively and at scoring goals. So far he's been paramount to the team's consistency and harmony.

BTW he's not actually a La Masia product, he was scouted out at Las Palmas.

Yeah, he genuinely looks legit and I hope he continues to grow strength to strength. Except when the Clasico comes around.

As for the Pedri - Gavi comparison, I actually thought Gavi would be the one to be the next big thing. I mean, he probably still can be but Pedri definitely stepped up a level or two.

Too weak, too slow and meh tracking back


wouldnt cut it in the prem


Literally he is everywhere, knows when to drop deep, makes great runs into the box when Lewa drags away the defenders. He is one of the most intelligent players I've ever seen at 19. And Hala is wrong actually, his tracking back and recovering the ball is at a very high level as well. His game vs Valladolid wasnt his best but he was still vital, did less tracking back because we were solid in defence

he has also bulked up 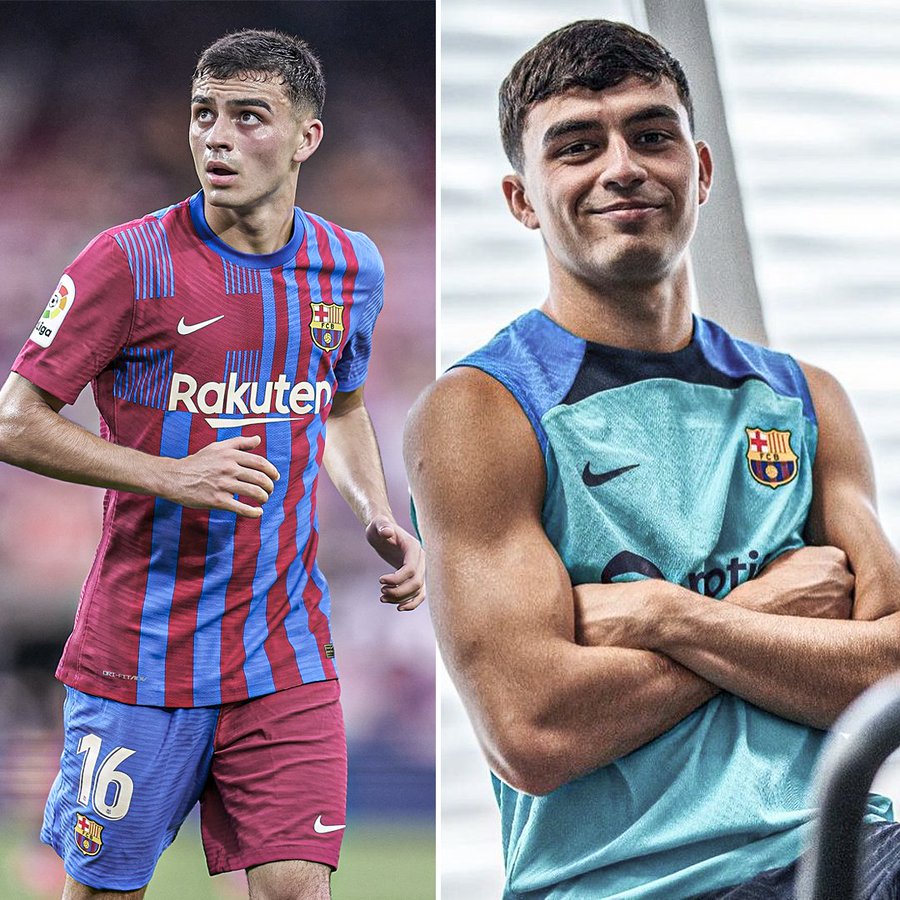 smooth as butter.... not since Iniesta have I seen this gliding technique with the ball ffs

Pedri is better than Iniesta at age 19. I mean, even Xavi said so himself lol

Ya and so was Jack wilshire

All I said was they have similar dribbling and ball control technique. It's not a controversial statement and having similar technique doesnt necessarily mean being at the same level anyway

I see Barca fans losing their minds over winning a Spanish supercup.

Similar topics
» king vidal = best midfield destroyer atm?
» Neymar is king
» King of tackles
» The Return of the King
» Everyone bow down for your new KING.