Microsoft Flight Simulator making comeback after 10 years. And it's a biggie:

Entire Earth modeled in 3 cm accuracy, all cities, all 40k airports, machine learning used to detect all the trees in the world, 1.5 trillion of them. Real weather data. Scenery on demand over the internet as the whole world takes about 2PB of data.

Disco Elysium seems like a really interesting game. Only on PC, though

Anyone here played it?


RG: If you’re still itching for a turn-based RPG that isn’t anime-esque, I’ve been told that Legrand Legacy: Tale of the Fatebounds is the likely among the best of it’s kind since the original Playstation’s Final Fantasy games. It’s pretty cheap on PS store. I might check it out myself, after I’ve finished The Outer Worlds. My only concern about that game is that some people have reported technical stuttering.

Not really, it was basically Cyberpunk and TLOU and not much else.

Great game. Checkpoint system especially combined with boss fights is ass but the gameplay and story is fantastic. Looking forward to the DLC, will definitely get them.

Great game. Checkpoint system especially combined with boss fights is ass but the gameplay and story is fantastic. Looking forward to the DLC, will definitely get them.

Wasn’t Control among those «doomed to fail», «sellout» Epic exclusives?

Yeah, I knew I had read that somewhere on here

Strange how any game who has signed an exclusivity deal with Epic has been meh at best eh? Very Happy

Control is great, once i stop playing Multiplayer games and finish Outer Worlds I'll probably go back to it.

Yeah, I knew I had read that somewhere on here

Strange how any game who has signed an exclusivity deal with Epic has been meh at best eh? Very Happy

Other than the mediocre games mentioned here, here is a list of games exclusive on Epic (with Metacritic scores):

Metro Exodus is great too, we can ignore all user reviews for all Epic Store exclusives considering the pathetic sub human life form known as PC gamers.

Actually we can ignore user reviews full stop because Gamers are fucking idiots.

I do find it funny you're saying we're justifying our purchase because of pre ordering though.

When you're quite clearly trying to justify not getting a game because it's on Epic Store lmao.

As I mentioned, I will pick it up once it is released on Steam and has got a big discount on it. Same with Control and Metro: Exodus to be honest.

As for pre-ordering, I don't remember the last time I pre-ordered a game other than FIFA and PES every year. And that is not cause these two games are any good, but I know I will play them a lot over the year, with friends in Europe or my relatives in Argentina. I just don't get how one can pre-order a game without having tried a game first or have at least read reliable positive reviews about it.

As for my (and many PC gamers') vendetta against Epic, I'm against exclusivity deals especially the way Epic do with paying the developer or publisher up-front. I'm just trying to delay the inevitable of having to purchase a dozen consoles, install a hundred installers and pay for a gazillion subscriptions because each of them signed an exclusive deal with a game I want to play. I mean look at what is happening with the streaming industry. As one of the earlier games on the Saturn, Astal wasn't probably designed with that console in mind; the fact that it escaped the trappings of early 3D "advancements" being a proof of that. Yet, with its weird aesthetic, not even its beautifully drawn graphics could hide a very basic and uninspired Action Platformer.

Even in the Genesis, Astal would not be considered a good game.

The game begins with an acceptable cartoon prologue, explaining how the universe and its characters were created. In short, Astal was created to protect Lida, a creator of life, when a big bad thing caused Astal to destroy much of the world and get banished as a result.

To its credit, the game doesn't abandon the story as you go forward, and in fact offers a fully voiced narration of Astal's journey of redemption, I guess. It's presented in a way that is aimed directly at children, and it works well for that demographic.

For everyone else, it's a cheesy story with some poor voice acting on top.

"Get away from e you stupid bird. Quit following me"

If you hoped the gameplay would improve on the story, then be disappointed at the game failing to cross even that low of a bar.

Simply, this a game that is slow and boring. Any attempt at speed is mired by poor movement, lag in actions, and some ridiculous hitboxes. All of that conspires to create a slog of a game that is a little fun to play.

One saving grace is that the game is actually very short. So short you could finish it in one sitting if you were not bored out of your mind of playing it.

"Astal, please stop, you are scaring everybody. You've got to try a little compassion my friend"

Realizing that the majority of its gameplay is uninspiring, the game wisely crams in as many boss fights as it can considering its short run time. These encounters are actually not bad, even if your worst enemy is your own controls and weird hitboxes.

During these fights, you will need to use all the tools at your disposal, which brings up the game's central gimmick. In his quest to save Lida, Astal is joined by a bird companion that he can command to attack or bring health items. Frankly, I didn't understand exactly how to choose what the bird does, but I managed to utilize it well when it mattered.

Some other thing that you can do is blowing mightly on things, which works well to push smaller projectiles away (only if it is intended to do so) and extinguish fires.


"Pathetic, you can't even defeat a little boy"

With some really good 2D graphics, this could have been a really beautiful-looking game. Instead, it is plagued with some of the worst designs I ever saw, with no thought to consistency or suitability. Hell, the best looking thing is a giant bug that looks like it was lifted from a Studi Ghibli film, and then you have some Golden Age of Western Animation designs combined with children Anime styles.

These styles jar against each other, but even without that inconsistency, the design of the main characters is unappealing to me.

Other than the terrible voice acting, the sound effects are also annoying. Thankfully, the music manages to be more than halfway decent. In fact, it is the only thing I am willing to give unqualified praise for.

I don't understand what was Sega's objective with Astal, at least not in the US. In Japan, the hero had five hit points and infinite lives, which changed to 3 hit points and limited continues in the US.

In its Japanese version, this game makes sense as something purely aimed at young children. However, by increasing the challenge, Sega of North America simply negated the only demographic who may be remotely interested in this game.

"Tips"
1- You need to learn to use the bird to attack and to heal.
2- You can jump on top of enemies to get some vertical leverage.
3- You can use your blow power to extinguish fires and flames.

Even though I didn't like this game, I still thank Sharukurusu for adding a recommendation to this review series. Astal may not be a lot of fun, but maybe the other games that he recommended are.

Next, I am returning back to the Retro Sanctuary list with a review of the #22 game on that list; Burning Rangers. This looks like a game that didn't age particularly well. However, the concept of controlling firefighters and saving people is interesting, and this one has Yuji Naka on the helm

Harmonica wrote:Somebody call EA, they could sell me ME3 and even Andromeda, if they offered them in Steam. At least Rockstar offers GTA and RDR2, even if they forward to their own launcher.

I thought you knew that before posting it

My post was before that, but I gather there's been some evidence of this coming.

So it begins, most comprehensible tools ever, released straight to Nexus.

It's a modder's dream.

Overwatch 2: Basically Overwatch with PvE, story mode and a few other additions like levelling up your character to unlock talents.

Have you been following the news around Blizzard? awful stuff

I meant more Co-op story missions rather than MMO-style PvE.

Damn 1070 starting finally to choke. But nice to see it making use of 12 threads, as I just ordered Ryzen 3600 setup. 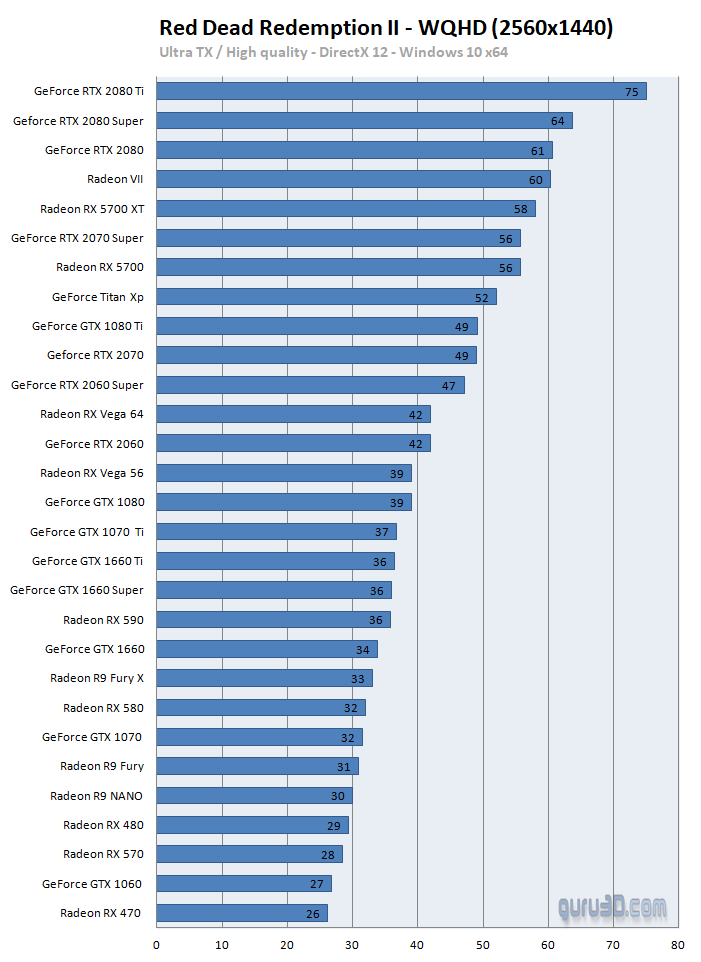 On second thought, it's badly optimized and looks like shit. Yet another showcase of corruption on critical reviews. 97 on Metacritic my ass. 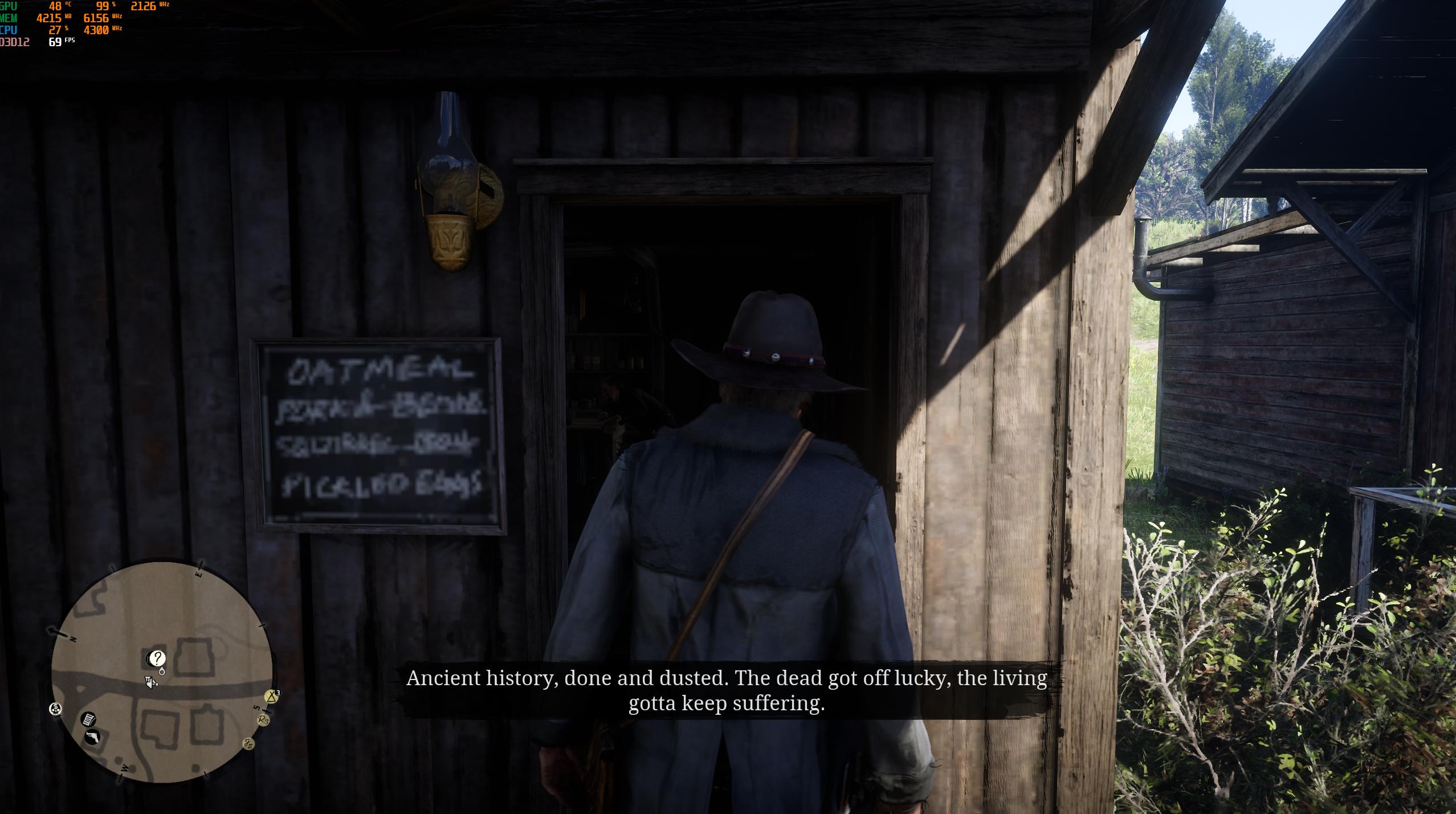 Yesterday at 9:39 pm by Firenze

Yesterday at 9:28 pm by Thimmy

Yesterday at 6:44 pm by Firenze