CBarca wrote:He's been pretty horrendous yes I think that's clear for all to see. His supporters will be there till the end though. The die hard ones anyway, which is quite a number.

On the other hand, it's pleasing to see my father get farther and farther away from him. At this point all he's got left is talking about how it's his first year and other presidents have come back after bad first years.

That's not wrong, to be fair, Clinton's first year was terrible, but he ended up as quite a good president overall. Trump isn't Bill Clinton though.

He has been horrendous when the unemployment rate is lowest in years and stock markets are better than ever?

He also made sure the H1B1 was not exploited as it was before.

The thing that affect people is the economy, everything else is irrelevant.

Inb4 Obama taking credit for both despite it never happening in his tenure and inb4 it has nothing to do with the proposed corporate tax cut (which means more jobs and more investment in stock market).

Name one thing Trump has done for the economy.

CBarca wrote:Name one thing Trump has done for the economy.

His incompetence sparked life into the press though, didn't it? Might not have been on purpose. Still an incredible achievement

CBarca wrote:Name one thing Trump has done for the economy.

Have you followed the meme economy at all? Stock prices for memes have risen to approx 377% of their pre-trump value under Trump. As somebody who now officially studies economics along with the disgusting graphs and maths, you're going to have to trust Tom imo.

Banter has also increased by 900%

This one killed me. 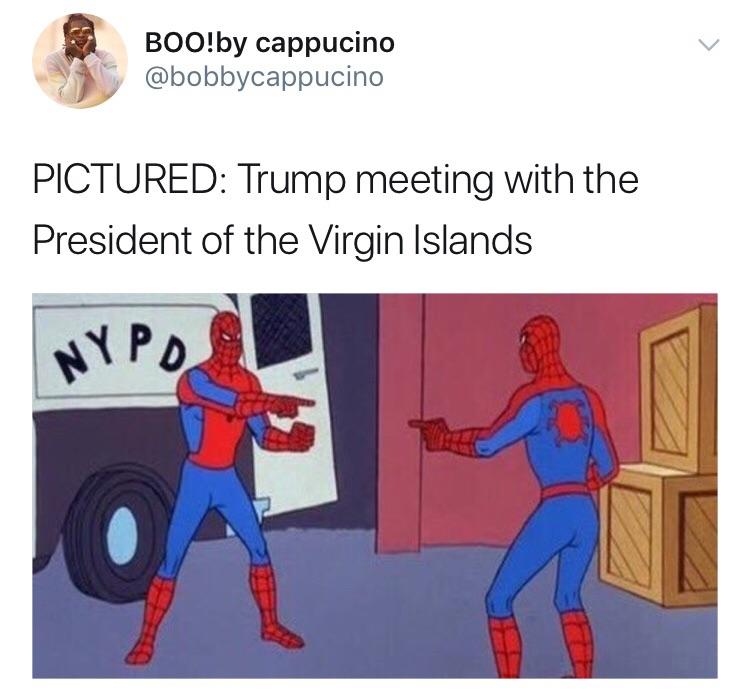 Huh, one of the bigger days of the administration recently and not a peep here!

If anyone was unaware, some huge news recently. Mueller has arrested and taken into custody Paul Manafort (Trump's former campaign chairman) and someone Gates, who was an aide to Manafort iirc, honestly don't recall much about the guy.

The news spells trouble for Donald Trump due to how important Manafort was in the campain for the time he was there, but the charges were all for money laundering and similar things that pre-dated the campaign. This gave a kind of plausible deniability to the Trump campaign--"he was arrested for things unrelated to the Russia investigation, and his misconduct had nothing to do with us, in fact, we fired him when we found out he had been a bad hombre." etc. However, Manafort and Gates being arrested on highly provable charges (there is a wealth of evidence, apparently) is likely a move by Mueller to get Manafort and Gates to give him the information he wants in exchange for a deal of some sort. The charges themselves are not significant, but the ramifications could be (for the investigation).

BUT Mueller hit the Trump contingent with a 1-2 punch. Later on in the day it was revealed that George Papadopolous, a former foreign policy advisor to the Trump campaign, was arrested all the way back to July 27, 2017 for lying to FBI agents. It was revealed in the affidavit that Papadopolous had numerous connections to the Kremlin and was actively trying to set up a meeting of Donald Trump and the Russian gov't after he had found out that the Russians had dirt on Clinton in the form of "thousands of emails".

In fact, at one point it says that Papadopolous sent an email to a campaign advisor (assumed, I think, to be Manafort) asking if they should set up a meeting of some sort. The campaign advisor forwarded it to someone else and added that "DT is not doing these trips. We need to send someone lower level so as to not send any signals". Yikes. There was a lot more information that looks bad I've skipped over. The Papadopolous news blindsided everyone, and was certainly the more significant news.

It was also revealed that Papadopolous has been cooperating with government officials. Legal experts and prevailing opinion is that, given some of the wording in some of the unsealed documents, Papa has probably been wearing a wire the last couple months.

So what do you guys think, if you guys have been up to date? How bad is this for Trump and co.?

I don't know what to say.

That reminded me of Roosevelt's pre-war letter to Hitler and Mussolini from 1939. We've gone from that to calling names in a Facebook post. Sad!

Man I love trump. He is the most powerful man on earth and is childish at the same time. Every mans dream

The US President is called a "hideous criminal" and a "coward" for urging Asian nations to increase pressure on North Korea.

Easy to love him when he's not your president.

He's a Grade A douche canoe.

His silence on Roy Moore, but instant reaction to the Franken allegations should be the dictionary definition of hypocrisy and double-standard.

Was a response directly to Unique and others who share Trumps's worldview.

Was a response directly to Unique and others who share Trumps's worldview.

They would love him also if he was their president.
See: the 30% of Americans who voted for Trump, as well as comparable instances of democratic decision-making in the countries of UK and Poland

@hans Yeah because they share his worldview thus its easy to love him as president.

For the rest of us that think he's a screw up? Not so much.

Fvck no... a reality TV star would never be appointed as a president in Poland. Also, he's an absolute moron. Twitter is not a big thing here, too.

I wish I could at least laugh at some of the banterous things that he does, says, or has happen. Like McLewis though, with him being president of my nation, it's impossible to see much humor.

Would be curious McLewis to hear your thoughts on how much you think the Trump presidency was racially motivated. Would he have had any chance if our previous president for 8 years wasn't black?