Of course he didn't give Sam permission. Last time he did, a guy split his soul into seven. 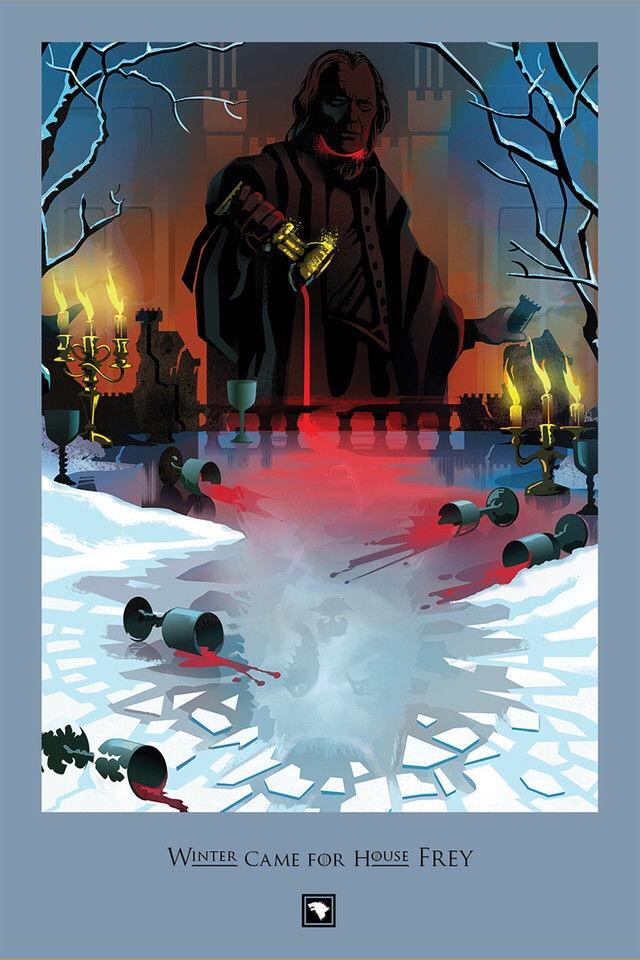 Why was Dany allowed to just take an abandoned Dragonstone even though everyone knew she was going there and the iron fleet has to pass it to get to (and to leave) Kings Landing anyway?

Dragonstone is largely uninhabited & you have to pass the Stormlands to go there. Even though Stannis fell, the Stormlands are not a Lannister stronghold, they are still loyal to the Baratheons. I think Dany will give it to Gendry, Robert's son.

It is too unplanned & random for Cersei to suddenly attack Dragonstone with ships (she doesn't have a huge fleet anyways). And Casterly Rock is in the opposite end. If they have to get ships they have to literally go through the waters near Dorne & the Reach.

The gift is obviously the Sand Snakes or Ellaria. Ellaria likely as she poisoned Myrcella, the Sand Snakes will also get butchered by Euron. Euron is one of the best characters in the entire GOT books universe & a much better villain than Ramsay Bolton.

Stannis probably did leave some people to keep Dragonstone but they fled when they heard a Targaryen with 3 dragons was coming at them which explains the fallen oil lamps on the throne room (they stole shit and left). That makes the most sense.

It was more interesting how the Unsullied opened the gate from the outside, that's not how it should work right? But then if they fled, the soldiers didn't bother to close the gate properly.

I didn't mean the Lannisters should march and attack Dragonstone but the iron fleet could have attacked Danys fleet before arriving there especially as it's on the way.
Do not underestimate that Dany just crossed the sea which was quite a task with their level of technology. Many ships would have been in bad shape and the army would have been exhausted etc.
Just feel like this would have been the perfect opportunity especially as the iron fleets main strength should be naval warfare.
Of course there's the dragon problem but then again that's kind of what you get when you side with someone against Dany so I'd expect Euron to have at least some idea of solving it.

I agree about the gift btw. Euron vs the Sand Snakes - can't wait!

And wtf is with some of you guys, wanting Arya to go soft. GTFO lol, I'm all for some more twisted evil characters.

Sansa is getting very smart now. Jon should have paid heed when she advised him to not be as naive as Ned and Robb was.

Sansa smart? She wanted Jon to Joffrey people. I'm pretty sure she doesn't have to lecture Jon about what will get you killed. He has some first hand experience on that front.
If anything she's an idiot.

It might be just to get Littlefinger to think there'd be trouble so she can get the upper hand on him.
She also burned him with a great line this episode

- Loved Arya slaughtering the Freys. Imagine wearing Walder Frey's face for TWO WEEKS just to take out his sleazy sons in one fell swoop. That is pure dedication fueled by revenge. Also loved the fact that she spared Walder's wives. Those lines are some of the best on the show. Ever. Probably top 10. I love the fact that when she met those Lannister soldiers, she was sizing them up initially, checking where their swords were placed, preparing to take them out as soon as it was needed....but then their humanity melted her. I think that meeting is going to make her go back up north and then she'll meet Nymeria along the way. Can't wait for that. Assassin Arya + Nymeria woooooo!!!!

One thing though....Arya was blinded before for using the Faceless god's magic for the wrong reasons. Isn't there any repercussion to her continuing to use it now for her own selfish reasons? Are we just going to assume she has the freewill to use all of that on whomever and however she likes? Don't want to let D & D off the hook for that one.

- The Hound. What can I say? Just proved further why he's my 2nd favorite character on this show behind Jon Snow. What a character! That scene meant sooooo much, especially when you go back and rewatch the initial season 4 scene.

It means so much to see how his character has evolved over the course of the show. One of the most satisfying pay offs imo. Also interesting to see that he's now a believer in the Lord of Light.

- I think Sansa and Jon complement each other well. The conflict between both of them isn't nearly as bad as I expected. Each person has experience with a terror from one part of the country that the other person has no idea how serious it is. Jon with the white walkers and Sansa with Cersei. They would do well to work together. I think Sansa will kill Littlefinger and take Catspaw from him and then hand it over to Arya who will arrive at Winterfell after Jon has already headed south to meet Daenerys.

- Ser Friendzone is dying and still thinking of Daenerys' thighs. I don't ever want to meet a woman who'll make me feel that way. Maybe Sam will find a cure for him and leave him with a stone (iron) hand. Westerosi Winter Soldier.

- I think they did a rewrite of Euron Grejoy as a character. Seems a lot more entertaining (with a hint of being unhinged) than last season, which makes for a far more compelling character.

- Only problem I had was with Bran's entrance to Castle Black. How does him telling Eddison Tollett about how he was at Hardhome and has seen and knows of the Night's King prove that Bran is the son of Ned Stark? Seems like two totally different things imo.

Policeman: "Let me see your ID"

Policeman: "Sigh. Ah well you can go on with your day now. Sorry to bother you."

Anyway, it was a set up episode for the rest of the season and I loved it. Can't wait for next week.

Brand's response was not to prove that he was a Stark. He basically said "I've seen some shit and I know the shit you've seen, so stfu with the silly questions and lets not waste time out here."

Liked the episode, good setup for everyone.

Anyone else getting irked now by the Mormont kid?! She was cool last season with her baddassary. But that card went stale too soon imo. Now its sounding cringey and forced each time she speaks.
Not convinced by the manner in which she is shutting people 5 times her age and the fact that those 'brave old men' arent saying anything to her as a response.

Glory wrote:Anyone else getting irked now by the Mormont kid?! She was cool last season with her baddassary. But that card went stale too soon imo. Now its sounding cringey and forced each time she speaks.
Not convinced by the manner in which she is shutting people 5 times her age and the fact that those 'brave old men' arent saying anything to her as a response.

Pretty sure they value having their heads over protecting a fragile sense of masculinity.

Its not about they are shutting up. Its the manner in which they are. These were the same bunch of people who mocked Robb Stark when he stood in front of them declaring war on King's Landing. It took a direwolf to shut them down that time.

And here we are talking about a 10 year old girl of a puny house with barely 20 men. Yet they are acting as if she is Jon's own kid. May be the North has changed from the old days. Still its hard to find the writing convincing when she everytime rises up and silences people and they just keep quiet.
Anyway, thats just me.

Lord Glover shuts up because he has come to Jon with his tail between his legs and knows he has to take shit from the loyal lords and ladies who supported Jon in the Battle of the Bastards. House Mormont is one of the few houses that came to the aid of the Starks so they now hold a higher position in Jon's court.

Not only that, but the times have changed. North is depleted. All the egos are gone. They know that the only chance of surviving is to support Jon and Sansa. And what Urban said.

I agree she's had her moment and shouldn't come out with absolute shut downs every time she opens her mouth. We've established she's a very intelligent 10 year old now but she's in charge of about 3 men at this point. Don't need the north segments turning into a Nickelodeon comedy where the kids are adulting and vice versa.

firmly behind the Hound now, best character in the show and one of the best actors since day 1, great in the role. So expecting him to be dead by the end of the season.

The Hound has probably the best arc in the show, think of him hunting down the butcher's boy because Joffrey wanted him dead way back in the first season and now burying the father, the girl AND feeling sorry :')