You think Pogba is any different? Or whoever is the next guy you build a team around ?(which is most likely Pogba)

Man United are a cash cow. Can't blame Rooney for milking the most of what he can for his benefits which anyone in his position would have especially at a club like United. Terry, Gerrard all did the same thing in their primes but it's only Rooney who gets the stick because apparently his playing level too low for United which is obviously BS.

If you think Rooney was bad, wait until Pogba sucks the club dry for his own marketing benefits. He's more of a businessman than Rooney will ever be.

Never liked him much, but gotta respect the longetivity and consistency through the years. So strange that u always feel he can do better, maybe as a result of being compared with Ronaldo and other United legends.... at his peak he really was a monster, at other times he can disappoint, but overall a top player.

End of an era. 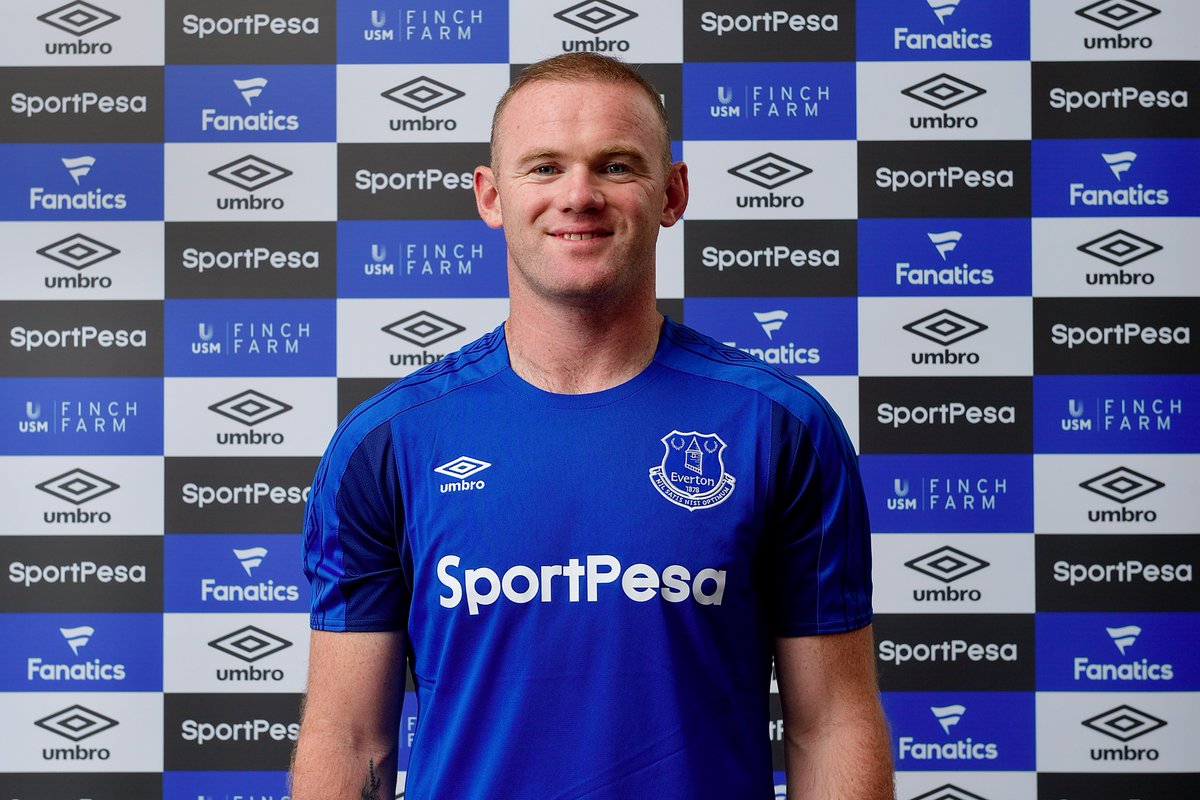 Can I just say that this is possibly the worst kit in the PL this season... Absolutely shocking. Looks like a training top.

He's not retired yet.

He's become so synonymous with United, hard to see him back at Everton, he's been a main player in United's most successful period, a true legend

Yea, a true legend. One of my favourite players ever in the PL. In his prime he was unbelievably good. Shame it went downhill quite fast. he achieved everythere there was to achieve. Apart from Ballon d'Or of course.

I remember Rooney was the shit back when he begun with Manchester in his first years. So much hype. I'd say he had a fantastic career with Manchester , sure expectations were always extremely high but that's lyf for players like Rooney . Had his ups and downs , but all that trully remains is that he scored and won a lot , the rest are for virgins , Rooney was great for United and for many successful years.

Gonna be weird now watching him play for another club lol

Legend, emblematic player of the great Man Utd era, now only Carrick remains if i'm not mistaken. Of course he is at the end of his rope, it's more a hit to the image of the club than a hit to its performance.

Welcome to the soulless era of Pogba, Lingard, Lukaku & friends where Man Utd looks like nothing. Only clowns that want to flash on social media.

Anyways, this transfer will look great on the back of my Upper Deck cards. I hope he retires there

Didnt expect this, Mou is ruthless... and has the balls for sure to cut such a big namer player quickly.

Now that he's finally left, Feeling a tad bit sad. Hope he does well at Everton eventhough I am finding it hard to know what they see in him still. The man was finished like 3 seasons back.

Welcome to the soulless era of Pogba, Lingard, Lukaku & friends where Man Utd looks like nothing. Only clowns that want to flash on social media.

This is so true and im not even biased when i say this. Right now thankfully the cringe is concentrated in United but its going to happen to the next generation of footballers soon enough.

Well, if the so called clowns match it up with performance on the pitch, then this 'grumpy old fan' in particular won't mind. Its when jobber frauds such as Lingard and co. do it, we start having problem.

And when talking about Pogba its more to do with him enjoying life than being a clown I think (kinda taken straight out of his mentor Evra's way of doing stuff). He is such a nice kid coming from humble background unlike people like Lingard, Memphis and Januzaj for example.

As for United becoming soulless, well we can't have both I guess. If there's wealth and on top of that people who don't know a damn about the game (woodward)  as in our case, galactico stuff will happen.
One thing I take pride though is the fact that unlike some other clubs we give young players at least some opportunity to show what they can do (which ofc can now change with short termist Mou at the helm). Still, that fact I think keeps us connected to our great past in a small yet satisfying way.

He leaves as Man Utd's all time top scorer, multiple league titles, and a Champions League. He is one of PL's all time greats for sure.

My favourite player for years, we had our ups and downs but a legend regardless. Wish him all the best back at Everton...so strange he won't be in the squad.

Like Raul who got so much love and lavish praise when he left Madrid, we do tend to forget the amount of verbal and written abuse Rooney got last season. And probably the season before that.

I'll actually miss seeing him in a Utd uniform. Hopefully, not sure how, he'll rediscover that he can actually play football really well at Everton.

Legend of the game, too bad he never made it internationally as well.

@Abramovich wrote:Legend of the game, too bad he never made it internationally as well.

Current England captain, most goals for England, second most capped player, how has he not made it internationally? It's not his fault England can't produce a decent player to save themselves atm.

In 2004 I remember he was rated as the new thing and not Cristiano Ronaldo. The English was rated as more talented , but then they took different street. Great career though. Still I remember when in 2010 I preferred Bayern over United because I feared so much Rooney ( then he got injured.. and Bayern passed with an eurogoal by Robben)

Everton are rolling in it paying £160k a week for this: pic.twitter.com/2RuEdxukqY

Like how he said a few weeks back Red Devils lack the leaders of his Old Trafford heyday and said "but that’s not my problem any more. I’m just ecstatic to be back" at Goodison , hey guess what, the fat bitch is not our problem anymore

Today at 2:54 am by BarcaLearning

Today at 1:27 am by alexjanosik

Today at 1:21 am by alexjanosik

Today at 12:00 am by BarrileteCosmico

Yesterday at 11:55 pm by Nishankly

Yesterday at 9:56 pm by farfan

Yesterday at 7:46 pm by sportsczy

Yesterday at 5:37 pm by Lucifer

Yesterday at 4:58 pm by Warrior

Yesterday at 4:51 pm by Hapless_Hans