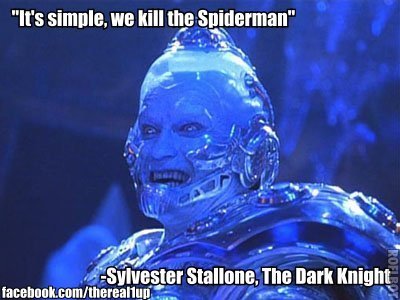 TDK was arguably the best back to the future movie.

Lemina is not a regista. You put Pjanic in there and it's a totally different game.

He would be much better as a mezzala. He should back up Khedira.

The team played well today. Once Higuain is at 100% and Pjanic is in there we will dominate. Add Cuadrado and another midfielder and we will be CL contenders. I think someone like Matuidi would be the perfect fit. Play him with Pjanic and Khedira and our midfield is set. Cuadrado off the bench in the second half will be orgasmic.

I don't think Lichtcteiner will agree to a back up role. I can see a Zaza MDS swap and Licht going abroad. I'd love MDS as a backup on the left and right. With Alves and Evra nearing retirement we need a young fullback to take the reigns.

Does anyone know where i could watch the game in replay ?

Was working today and missed it, thanks to the Juventus app i was able to follow the highlights.

well its really simple,
somehow you have to send the ball forwards to the final third

but another way that I believe is underestimated is how Hernanes and Khedira both do it, they simply give a through ball from the deep directly to the striker

which is effortless but effective and neither too much risky

but for this we have Pjanic is something we shouldn't concern about, I expect from him long balls somehow like Pirlo

but however you do it, the result is important, the midfield is responsible to send the ball to the final third and from there guys like Dybala, Higuain can take responsibility

Funny but I wasn't too much interested , like I knew we would win.
A midfield of Asamoah & Lemina was sub quality to the last year mid but we still did very good.
Like I said before I have my hopes on Asamoah even if another top mid arrives.We have forgotten he got all he needs to be a great mid for Serie A standarts at least.

As for Lemina you can't say he had a bad game.He should not play in that position anymore.If I would pick the best position for him it would be in Khedira's role.
Maybe even as a LCM but he is not at his best as a regista , even Pogba and Vidal have been limited in that position.
Lemina is clearly a starting potential but he needs his time.

This victory was so important for us , not only for the group of new players but also for Higuain , he put the critics at silence scoring a poacher goal just 8 minutes after he joined the action.

With Pjanic as a regista we will do better.Let's hope we wont have much injuries this year.
Also I don't care what are our options for that top midfielder , I want Hernanes gone ASAP.
I just can't watch such a mediocre player wearing pur jersey.Like I said I wasn't paying much attention to the match but I did saw him doing his shit all over again and nearly costing us a goal.

Yes I agree. BTW, I think that if we are keeping Hernanes we shouldn't play him as a regista, because he is fsiling miserably and keeps doing the same mistakes every time. Did we try him as an AM last year at the start? I don't quite remember tbh, but he was decent when he didn't play in Marchisio's position.

11 vs Lazio tonight, from Allegri:
Same as Fiorentina but with Benatia in Bonucci's post who is absent for personal issues.

He said that Pjanic must get used to how things are done at Juve (implying that he must adapt to the workload here).

Maybe he is hit hard by the training.

Higuain is coming along well, but Mandzukic is ready. Pjaca will be gradually introduced.

I'm worried about our lack of creativity fielding Benatia and Lemina in the center. Marchisio (or now Pjanic) and Bonucci offer so much more. Here's hoping for another excellent game from Asamoah and Khedira. Dybala, Sandro and Alves will have to create most stuff again.

Lemina in front of the defense is a total failure. Without Bonucci there to spray the passes we have no presence in the mid.

Dybala was everywhere! Rincon is right, there was no creativity apart from Dybala being everywhere!

Always can count on Khedira...
Benatia had a good debut...made some great interception especially in the first half...
We missed Evra...we didn't have enough crosses from the left... Sandro was playing more like a Midfielder than winger

Fair play to Lazio, they deserved much more from this game.

Awful from Juventus apart from the defense, Benatia and Chiellini were awesome. Barzagli did well too but you can tell he is less comfortable in Bonucci's role in the 3-5-2.

Midfield was garbage, especially in the first half.

The attack was quite bad too. That was probably the worst game I've seen Mandzukic have in a Juventus shirt.

I don't know why we are not utilizing our 200M worth of depth sitting on the bench sooner, like what's going on Allegri? Lazio can make three substitutes and we match them but each one being later?

6 points in 2 games in a tough opening to the season but the midfield is quite disappointing to me, I know Pjanic and Marchisio change the game entirely and today we surely missed them

you may think creativity has been reduced because we no longer have guys like Pirlo, Pogba, Cuadrado

but if you think about, those guys was individual talents ; focused on long balls, dribbling and that kind of stuff

I believe now we have a team full of technical players like Higuain, Dybala, Pjanic, Alves and more

it may look like there is lack of creativity because you don't see those impressive kind of efforts from individuals but that is not the case, a team which is creative do not need to risk the ball, they can string lots of passes around without risking the ball to the final third

Takeaway from the game:

3.  Lemina is not a regista. Please Allegri do not play him in that role ever again. I actually would rather see Hernanes than Lemina as a regista

4.  Asamoah is very good defensively but does not add much offensively. We really need to replace him with a quality mezzala before the deadline.  Asamoah can start against the Serie A teams but we need someone better than him for CL. Yes Marchisio could slide into that position but we need more sandpaper. Damn Matuidi would have been perfect. I hope Marotta has one last bullet in the gun before deadline day

5.  Khedira, when 100% healthy, is borderline world class. He is a beast both offensively and defensively

6.  Alves still needs to learn the Serie A game. He looks like he came from another league. I hope he can make the adjustment. We definitely need to keep Lichtsteiner. He is too valuable to lose

7.  Dybala is a beast. He created everything today. Hopefully with Bonucci and Pjanic in the lineup he can play in a more advanced role and stay there for goals. I saw him drop back too often as there was no one else around to push the ball up the field

8.  Sandro needs to play more wide. I guess because Pjanic wasn't there he was covering more of a midfield role than a LWB

9.  Higuain is still not 100% fit, but when he does become fit he is miles better than Mandzukic. Can't wait to see him and Dybala at 100%

10.  Pjaca got some moves. I can see this kid becoming a star. Can't wait to see his development take shape

11.  Benatia is very good. Looks very comfortable in a 3 man backline. He is definitely Barzagli's replacement and will be bought permanently next summer

12.  Pogba is missed. We need others to take up the creative slack. I'm hoping with Pjanic and Bonucci in there plus Higuain at 100% it should make up the difference

13.  Cuadrado is a must. We need him especially for CL to line up in a 4-3-3 against Barca, Bayern and Madrid who all play with 3 forwards. I hope Marotta can get the deal done. Stupid Conte is trying to screw with us I think, still holding a grudge. Cuadrado didn't even dress today

Our problem is not about creativity. We need a creative platform for the creative players to express themselves. We need a regista, someone to control the tempo of the game. That's Marchisio, or Pjanic.

We need a player with tactical awareness that's always open. That's the main responsibility. Always being open and positioning your body in a way to protect the ball. And then be able to pick the best pass. Tactical awareness and vision. That's what we need.

Lemina and Hernanes don't have that. Once we get Pjanic in there, then everyone else can rely on him when their roads are closed. And he can restart the play in a different direction.

Moggi, I believe he meant his post was in response to yours and not Gigi's

Not to intend harm

we can say guys like Pjaca, Lemina and Sturaro are not good enough experienced and there for they are not tactically aware

these guys are all experienced and tactically aware

they can pass the ball around without risking the ball

they can pass the ball forwards,

Pogba was extreme creative on his own, with dribbling , even though he was risking the ball possession with his efforts

but as a team we can pass the ball around and never really end up on 1 vs 4 situation there is no need for that , you simply pass the ball to someone else who is free to take the ball and move forwards

I think the problem is more evident when Mandzukic is playing, Higuain offers a lot more up front in terms of movement and offensive threat

Today, we say Dybala dropping deep and leaving Mandzukic isolated and we didn't really create anything in this respect

But I agree with you, we were never in any real threat because of how good our defense is

To echo what others have said, I believe Pjanic is the key to the whole team and were going to look like a different side with him starting

I would just like to see substitutes used a bit sooner. In both games, we left it kind of late, we have the depth to utilize these substitutions more and exciting players like Pjaca that can break open a game (or at least I would like to think so), even a wildcard like Cuadrado off the bench would be fantastic.

Pjaca looks like he's going to be the real deal though, it has to be said

but Dybala made an assist

That's true. I like when Dybala drops deep, I just mean he cannot be the only creative sources from the middle. Him and Pjanic with Alves/Sandro on the wings and Higuain in front and it is a different story

Dybala was playing too deep today. With Bonucci and Pjanic in the lineup he wouldn't need to do that as the balls would come through to him and Higuain.

The 3-5-2 is basically useless without Bonucci and a proper regista, in this case Pjanic. There was a reason Conte wanted Bonucci so bad. He's the best sweeper in the world bar none.