Chicago, what are you doing?

This guy is an actual footballer lmao

No, that'd be Adam Johnson. 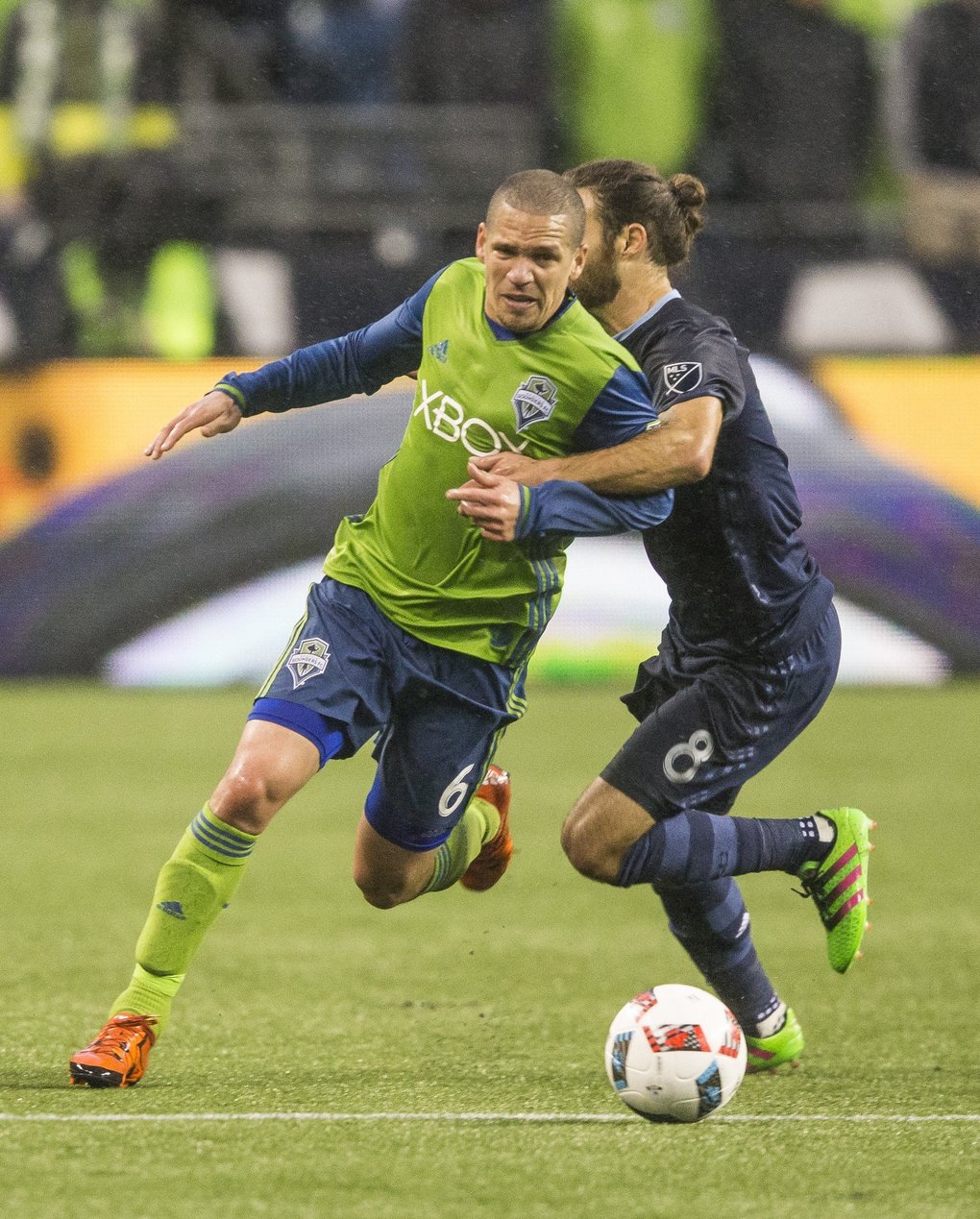 Galaxy started on the right foot but it's not fooling anyone. I expect a rocky start as per usual for Galaxy. They should let Rowe start over Kennedy.

Hate on Tommy Mac all y'all want, but he scored a hell of a goal against us. Dude's got a shot on him.

Might try to catch a game here and there

What I absolutely can't wait for though is next season, with the addition of Minnesota United FC. I went to a couple of their games a couple years ago when they were still the Minnesota Stars playing in the NASL, and even have a jersey of theirs with the old crest and name.

Will be curious to see if Minnesota United can cut in in MLS and how they do. You can also rid me of my (relatively plastic) "support" of Chicago Fire and make me a full fledged Minnesota United supporter.

Rough starts for NYRB and Seattle Sounders with 2 losses each. Too early to make any judgements but you can bet that the managers will be looking for a real response from the players soon.

Meet the new Fire, same as the old Fire.

Another game, another loss and another pathetic attacking showing. That's what, 3 games already this season where we've managed only a single shot on target?

Another game, another loss and another pathetic attacking showing for Chicago.

Giovinco off to MVP form again this season

our renovated stadium is awesome now, the canopy does a lot for atmosphere

Not even gonna hate on Tommy Mac. Kid's in unreal form at the moment.

Chicago.....yikes. I guess cautious optimism was still too much this season.

Form book well and truly ripped up for this one.

Gio's (Dos Santos) been tearing it so far in MLS. I'm surprised he hasn't been mentioned as much.

Form book well and truly ripped up for this one.

There's only one team in New Y0-7k

An absurd rant by someone listed as "the Editor-in-Chief of the official MLS website, MLSSoccer.com" after Conte didn't call up Giovinco and Pirlo

If this is indeed an official MLS site, it just makes them look like they have an inferiority complex by posting something like that.

As childish as that rant sounds, I am genuinely curious as to what exactly about Giovinco led the scouts to believe he would not be able to help Italy at the Euros. Looking at their pick of forwards, they could sure use him.

Pirlo is a bit more straight-forward given his age, but to leave him off as well summarily was also quite surprising.

The MLS guy is clearly salty about this, and while I'm not at all in agreement with his footballing reasoning, the complaints about Conte's dig at MLS have merit. Conte's reasoning does come off as arrogant. MLS is clearly inferior to European play, but you have to have respect for other leagues. More should be expected here from Conte.

Today at 10:04 pm by BarrileteCosmico

Today at 6:01 pm by BarcaLearning