I'm not saying he's worse than them or anything, I just think he's in the same tier as them. That class of Barrett, Miz, Cody, Swagger, Del Rio, Ziggler etc. Basically upper midcarders who aren't good enough to be World champ. Any one of those guys could have done what Rollins did during his reign, which is just be a standard/generic heel.

Then you move onto the elite level, where you have guys like Punk, Bryan, Cena, Orton, Lesnar etc. Guys who people would actually tune into watch RAW for and are either extremely over, larger than life or unique.

I think the basic idea was to project the Authority as heel and Rollins was supposed to be just tool alomg with Kane. It was good initially but then they stretched it so it became boring mainly because Rollins didn't had personality. Also I think Paul Heyman as Rollins manager would have been much better the guy is pure genius.

General consensus is that he had a pretty great reign. I say he had the best reign since CM Punk's. (sorry but I was turned off by Lesnar appearing 10 days in his 200 days reign)

Definitely can see M99 watching Lesnar's on Stone Cold's podcast saying he does for it the money and doing this.

No, I actually appreciated him being honest about what he does. I like and respect him a lot.

@M99 wrote:General consensus is that he had a pretty great reign. I say he had the best reign since CM Punk's. (sorry but I was turned off by Lesnar appearing 10 days in his 200 days reign)

Is that an achievement?

Well, who had a good run as champ since Punk? (Ignoring Lesnar as M99 disqualified him)

Who? If the runs in-between sucked, is it really an achievement?

It was pretty freakin great until Summerslam. After Summerslam it got boring when he feuded with Sting and Kane. It was picking up again with the Reigns feud and sadly he had to tear his knee.

Reigns was supposed to go into WM as champion but Seth was supposed to be in the main event scene too. It's quite clear they were building to a Shield triple threat. Damn shame.

the feud with sting was great !

Rolins is legit, his character was/is great too but as per usual the 2 dimensional bullshit booking made me and everybody else struggle to take him seriously

Not to mention the Authority stuff is beyond stale now and the only reason it didn't stay dead after the Survivor Series match is because creative in their infinite wisdom must have realised the crutch they've been leaning on and using for like 4-6 segments every RAW was gone and all they had was shit substitutions.

Yeah, but if you don't consider any of those runs good, is it an achievement then?

I personally thought his "fued" (if you can call it that) with Lesnar was terrible. It wasn't even like he was playing the cowardly heel. It legit looked like they had no idea how to book him during that spot and just said, "OK Brock, go out there and kick his ass and we'll find a way for him to weasel away."

They could have done so much more.

Rollins has things he can work on but at the same time creative didn't try and do anything different or interesting with him. Also, it's a simple fact that he's the champion during a period where the talent pool is thin, and the number of wrestlers he can work with is small. It's difficult to say that anyone on the current roster could have done a better job in the circumstances.

Hopefully it's an 'I quit' match. Results in Cena turning heel.

The current direction for WWE’s WrestleMania 32 is for one of the main events to be John Cena vs. The Undertaker, according to PWInsider.

This WrestleMania match has been rumored for several years but it looks like they’re finally going with it. Dave Meltzer of the Wrestling Observer Newsletter seemed to back up those plans on his message board as he was thrown a “red herring” on Saturday when he was told out of the blue by a WWE source that Cena and Taker have different plans than that.

On a related note, Meltzer stated that the injury to Seth Rollins changes at least two WrestleMania 32 matches but WWE does have some of the plans locked down for next year in Dallas.

enough with that Old man already

What exactly is the point of Cena-Taker without the streak?

Although I doubt anyone will care about Cena turning heel now. He will just get cheered. And he will be a shit heel since all the faces are crap or injured

No one wants Cena, do they not get it? He sucks, he's been booed for almost a decade.

Having him beat Undertaker might start a riot since they have let him beat ALL the old guard.

He's beaten him twice before tbf

Think about this RG:

Now The Undertaker? No damn way. It's enough man. Seriously, it's too much. The extent they have gone to try and say that he is up there with these guys (minus Batista) is excessive.

Unless it results in a Cena heel turn this match is a complete waste of time. Even if taker wins, its still a big waste of time. This match is a few years too late, matter of fact Cena should've went after the streak at WM29 instead of punk, with the letter facing the Rock for the title, but Cena had to get his win back and we got two predictable matches in that mania.

Apparently Reigns was supposed to win the title against Rollins anyways. Even without the injury

Need to make Reigns look strong on WWE 2K16 too. 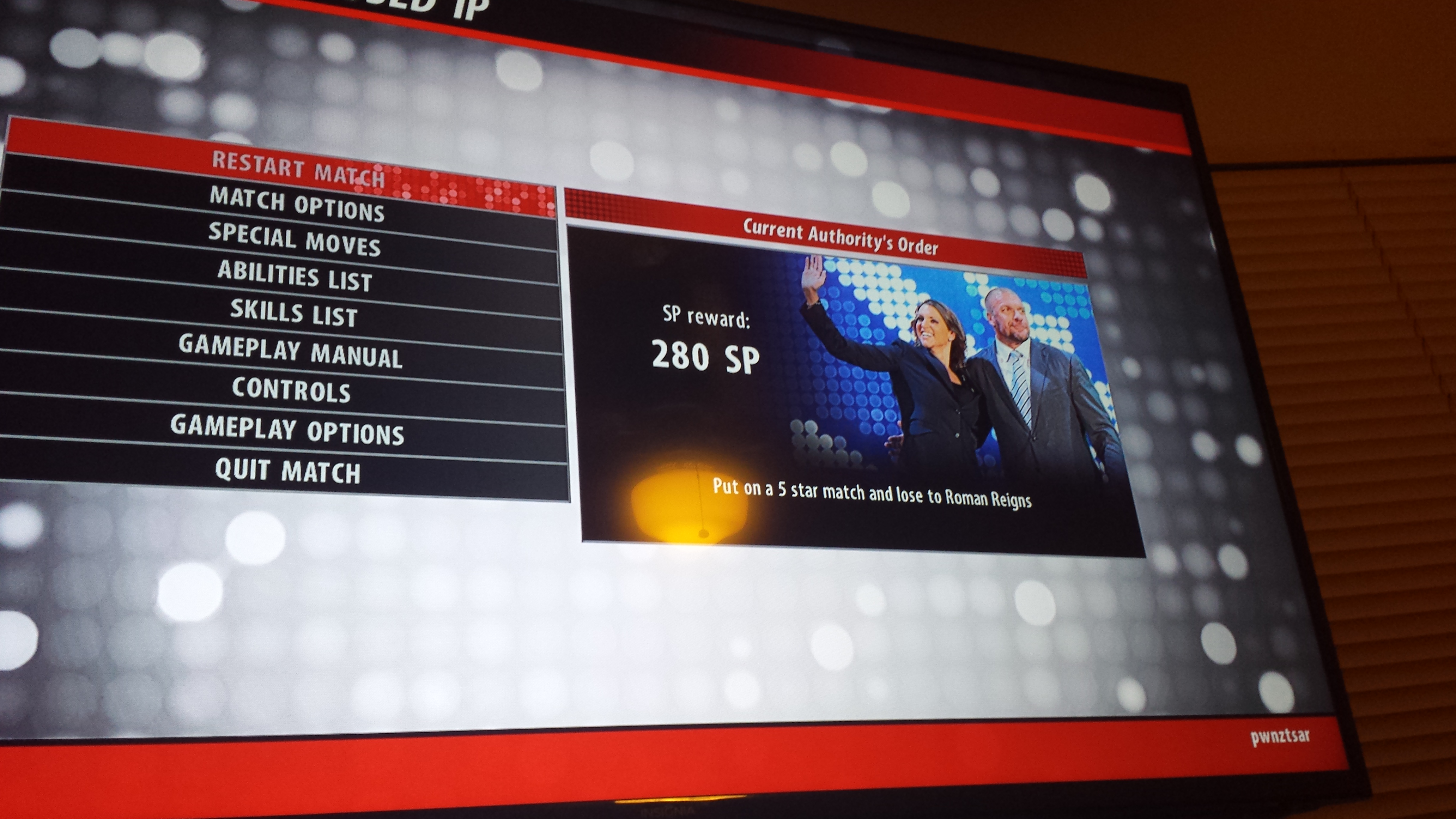 Fun fact: Undertaker vs John Cena was booked for Wrestlemania 26. The match was even starting to get slowly built up on TV (and Taker was supposed to win, don't worry).

Shawn Michaels then said he is retiring and requested that his last match be with Undertaker. Cena then fought Batista for the title (which was supposed to happen at WM25 but Batista got injured).