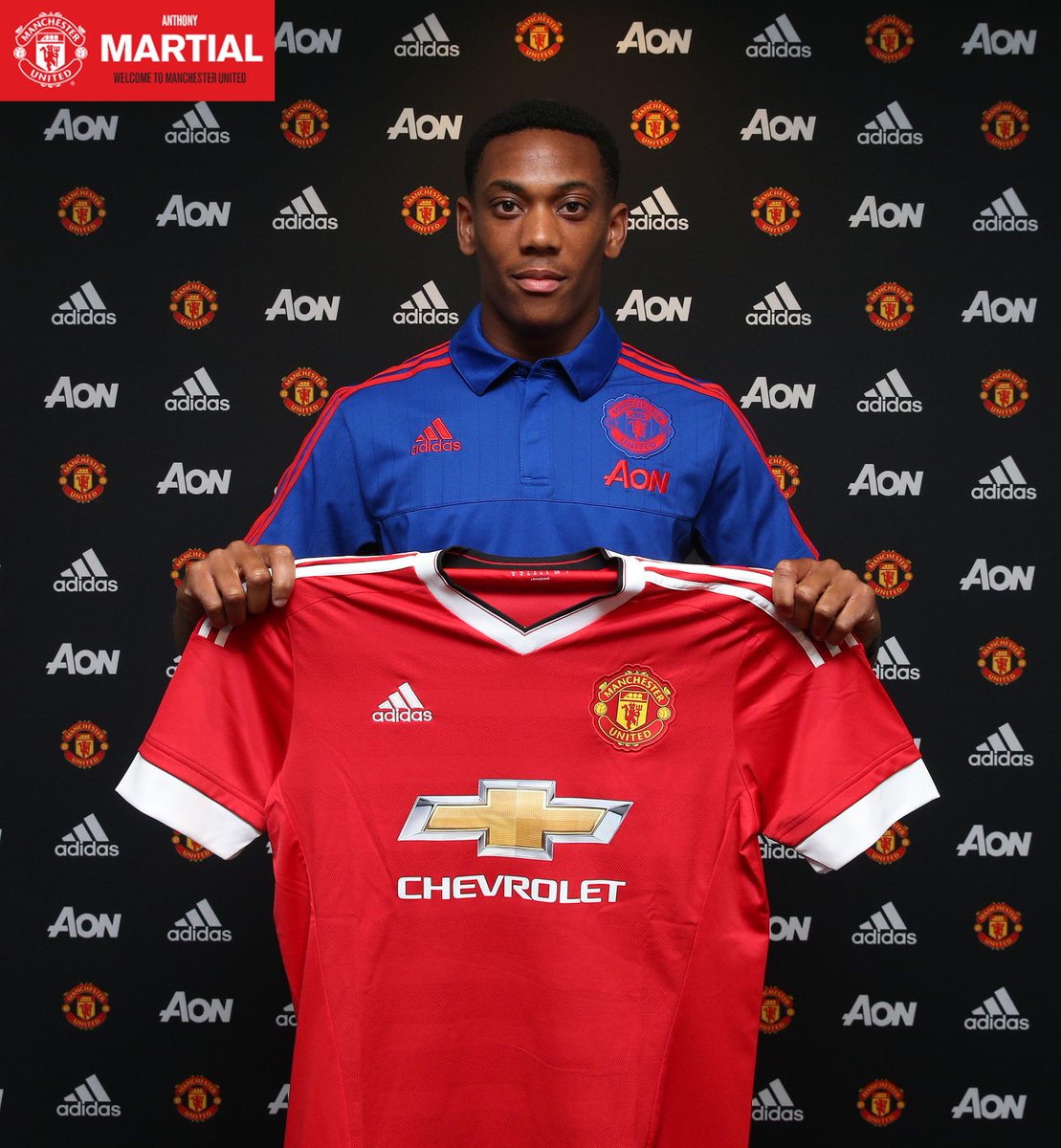 Lol we posted it right at the same time.

Been reading nothing but great things about him, from those who have closely followed him in French football. Many saying he is their best young prospect atm. So I am excited based on that knowledge.

can't wait for him to become Prime Henry

Its the right kind of move we should be making. Glad in that respect.
Hope lvg wont mess it up with him and help him realize that potential he's got.

Giving #9 jersey may not be a good idea though. Theres already the pressure of the insane price tag. Hope the lad's mentally up there.

Its the right kind of move we should be making. Glad in that respect.
Hope lvg wont mess it up with him and help him realize that potential he's got.

Giving #9 jersey may not be a good idea though. Theres already the pressure of the insane price tag. Hope the lad's mentally up there.

Cantona: "Martial is France' biggest talent, in three years he'll be worth €100m. Hopefully he scores many goals for United."

People keep trying to measure up the pricetag to what Martial is right now... well of course he's not that

Man U are paying for his potential... and let me tell you, he is a massively talented player. I was SHOCKED when Lyon sold him to Monaco 2 years ago. In fact, the Lyon supporters went up in flames and Aulas had to publicly explain himself. How many times has that happened for a 17 year old kid who had never played at the time?

Why was he moved? Lyon had 4 attacking kids who were very talented: Lacazette, Benzia, Martial and Plea. Fekir was also coming in right behind them. They chose to keep Lacazette and Benzia and move the other 2. Fekir benefited from Benzia flopping or he would have been gone too imo.

Both Martial and Henry are from the same area in France just outside Paris, like 5 km from each others place of birth

both started there youth careers at CO Les Ulis

both played for Monaco

Martial is decent with headers though

And he's not arrogant at all... really a humble and quiet kid.

The Henry and headers thing was always really strange lol, he was so physically imposing when he ran with the ball and to be frank was quite tall.

It's come to the point where we'll have to start him in all our matches (except for the League Cup).

So vital for us already because we actually have a goal scorer that can lead the line. Was dreading the thought of Rooney being our main source of goals for the season.

Thankfully Martial has hit the ground running and eased my fears.

Its not a bad idea to give rooneh an extended spell of games now that hes scored a goal in the league albeit a fluke one. Cos we are so awfully short on options its imperative for him to score at least 10-15 goals in all competitions this season for us. So playing him and hoping him to do well is the only choice we have at least until the next transfer window.
Mainly because we simply can't overburden Martial and do a Sterling with him. we have a genuine to be world class player in our ranks. Last thing we want now is to tire out him by starting him every game.
After Rooney regains some form those 2 can be rotated effectively thereby keeping Anthony fresh.

So even though I hate the proposition of giving an undeserving Rooney repeated game time, for the sake of martial it needs to be done.

How was your experience for your first goal for Manchester United against Liverpool?

It really felt good. The fans were with me in my celebration and it was really something great for me. Old Trafford is impressive. The supporters average is 75,000 people, it’s a bit of a change from the little Stade Louis II…

It’s really magical to me. It’s nice that there is in the world. This is what makes footballers want to play all matches. It’s going pretty well for me. I’ve played matches, scored some goals, I am very happy.

Your transfer happened very quickly. What was your experience?

Basically, I was told “untransferable” so I thought I was staying in Monaco. When I knew that this offer came, I did not hesitate a second and it was done quickly. I really wanted the move, and I really wanted to continue to play the Champions League. Van Gaal called me and spoke to my mother who did the translation. When I arrived in Manchester we met, we discussed things at length and it was done quickly.

What was your first impression of Old Trafford?

I’m just warming up and I saw all the fans stand and applaud me. I thought it was really good of them. They did not know me but they showed me a real support. This is what allowed me to be ready quickly.

Were you intent on proving yourself a success on your debut?

For sure, it was very important to show the coach that he could trust me and allow me to play. Going to Manchester, I knew there was Rooney in attack and that he preferred to play No. 10. I told myself that I would get my chance and I had to seize it.

Did you obtained guarantees about playing in a centre forward position?

I knew I would be the second striker.

Does you feel that Louis van Gaal give you more confidence than Leonardo Jardim?

Van Gaal told me to work hard and I would win my place in the team. It is what I did. For now, I’m playing.

There were many comments about the transfer price. Did they weigh on you?

Me? It did not bother me too much. It was more my family, with all that was written in the newspapers and what was said. I was just in a hurry to go to Manchester and play football.

Many people spoke, but I stayed focused. I worked hard to be ready. I have not read any of the newspapers. Since I was little, I never looked at what was said about me.

Is it not too difficult to handle all this pressure at just 19?

I try to ignore it all. I stay in my bubble, I concentrate on the football, I work and I’m trying to learn English as quickly as possible.

Everybody compares you to Thierry Henry by your gestures and your background. You get inspired?

I know he is a very great player, and he is a legend in England. I do not think we have the same characteristics. Thierry Henry is Thierry Henry is. I still have everything to prove. By continuing to work, I will try to have his level but I am still very far.

This just put so much more confusion into my mind as to what his best position is... 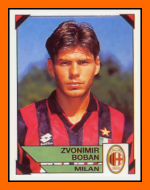 Page 1 of 2
Permissions in this forum:
You cannot reply to topics in this forum
Latest topics
» 2020/21 Premier League Discussion

Today at 4:04 am by LeBéninois

Today at 2:51 am by Great Leader Sprucenuce

Yesterday at 9:08 pm by BarrileteCosmico

Yesterday at 8:15 pm by Robespierre

Yesterday at 5:35 pm by Arquitecto